Four players have been added to the Greencore Munster Rugby Academy ahead of the 2019/20 season. The Year One recruits are Jake Flannery (Shannon), John Hodnett (UCC), Paddy Kelly (Young Munster) and Eoin O’Connor (Waterpark).

As the province’s pathway continues to produce players from across the clubs and schools, two of the new additions are products of the Munster Regional Development squads – Hodnett and O’Connor.

James McCarthy was released from the Academy at the end of this past season.

From Tipperary, Flannery was one of the standout performers for the Grand Slam-winning Ireland Under-20s this year and also featured prominently in this summer’s World Rugby Under-20 Championship in Argentina.

Now a student at UL, he earned maximum points in his Leaving Cert in 2018 and also made his Munster ‘A’ debut in the Celtic Cup and his All Ireland League debut with Shannon RFC last season.

20-year-old back rower John Hodnett is a product of Clonakilty RFC. The Cork youngster was another standout performer for the Grand Slam-winning Ireland Under-20s in the U-20 Six Nations and also the World Rugby U-20 Championship before he got injured.

Hodnett studies at UCC and plays his All Ireland League rugby for the College. He made five appearances for Munster ‘A’ in the Celtic Cup last season.

Kelly played his club rugby at Young Munster last season and has represented the Ireland Under-18 Clubs & Schools and Ireland Under-19 teams along with being named in the extended Ireland U-20 squad for this year’s U-20 Six Nations.

A student at UL, the Limerick native made his Munster ‘A’ debut last season and also toured with the provincial side to the USA for the Cara Cup.

18-year-old second row Eoin O’Connor (pictured below) is a product of Waterpark RFC and played in the Munster Junior League with the club last season while a sixth year student.

The Waterford native has represented Munster and Ireland at both Under-18 and Under-19 levels. He was a try scorer on his first appearance for Munster ‘A’ in January’s victory over Leinster ‘A’ at Thomond Park. 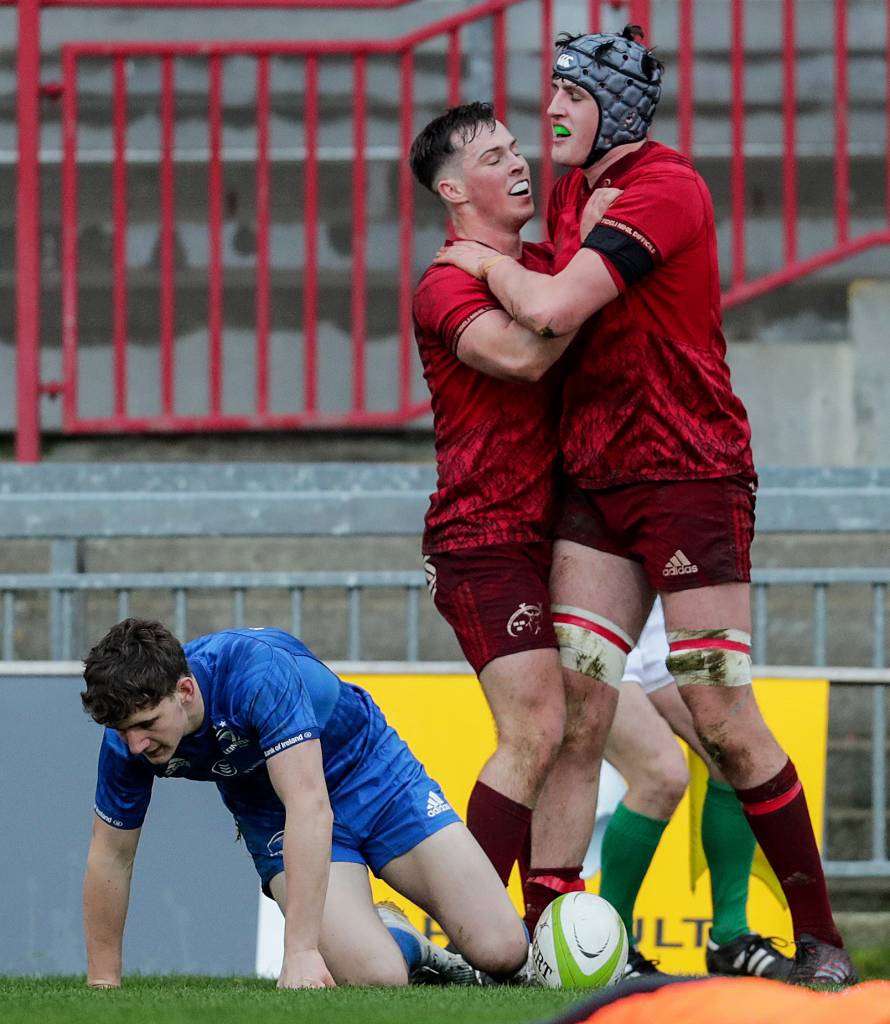