The Ireland Men’s Sevens team will meet Germany in tomorrow’s Cup quarter-finals at the Rugby Europe Olympic qualifier in Colomiers. They were pipped for top spot in Pool B by Spain following a dramatic 17-all draw between the sides.

World Series outfit Spain opened up a three-try lead in the pool decider, but second half scores from captain Billy Dardis, Jordan Conroy and Terry Kennedy – the last one past the final hooter – tied things up before Dardis missed the target with a difficult conversion from the right wing.

That means Germany are next up for Ireland, the two pool runners-ups’ hopes of keeping their Olympic dreams alive hinging on tomorrow’s quarter-final showdown at 12.06pm local time/11.06am Irish time – live on www.rugbyeurope.tv.

Anthony Eddy’s men defeated Germany 17-10 at last month’s Moscow 7s, as well as winning the sides’ World Series qualifier encounter (19-10) in Hong Kong. The winners of tomorrow’s game will advance to play either hosts France or Georgia in the last-four. 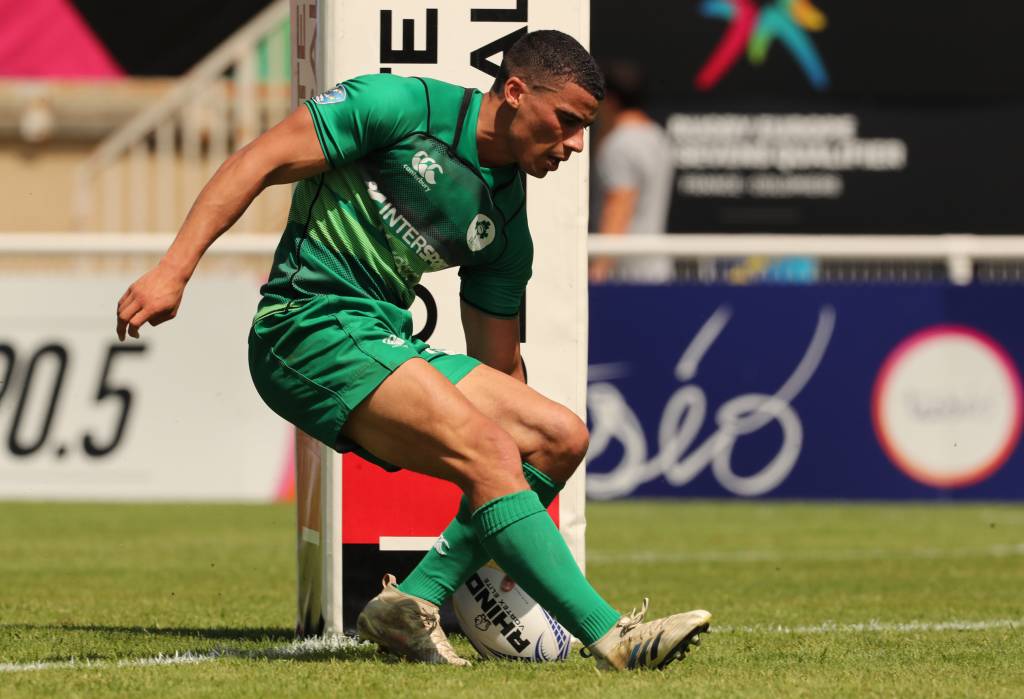 Only the overall winners of the Colomiers tournament will earn a place at the 2020 Olympics, while the teams finishing second and third will have a final opportunity to qualify for the Tokyo Games via the World Rugby Repechage which will take place next summer.

Ireland’s unbeaten pool campaign at a sun-splashed Stade Michel Bendichou began with a 41-0 triumph over Ukraine. Dardis’ long floated pass unleashed Conroy up the left wing for a try after just 46 seconds. With Harry McNulty getting his hands to a number of restarts, Ireland were 29-0 up by half-time.

Dardis made it 12-0 following a jinking run at the defence by Foster Horan, and the returning Hugo Keenan helped to set up Kennedy to go over in the right corner. Horan soon cut in from the right wing to touch down following Keenan’s quick tap, while McNulty-secured possession allowed Dardis and Kennedy to combine and release Conroy to tag on a late fifth try.

The second half was a scrappier affair, but two of Ireland’s replacements got over the whitewash. Ian Fitzpatrick intercepted a pass close to the Ukrainian posts to get the scoreboard moving again in the 10th minute. A late turnover saw Greg O’Shea link with Kennedy and collect the return pass for a comfortable run-in. 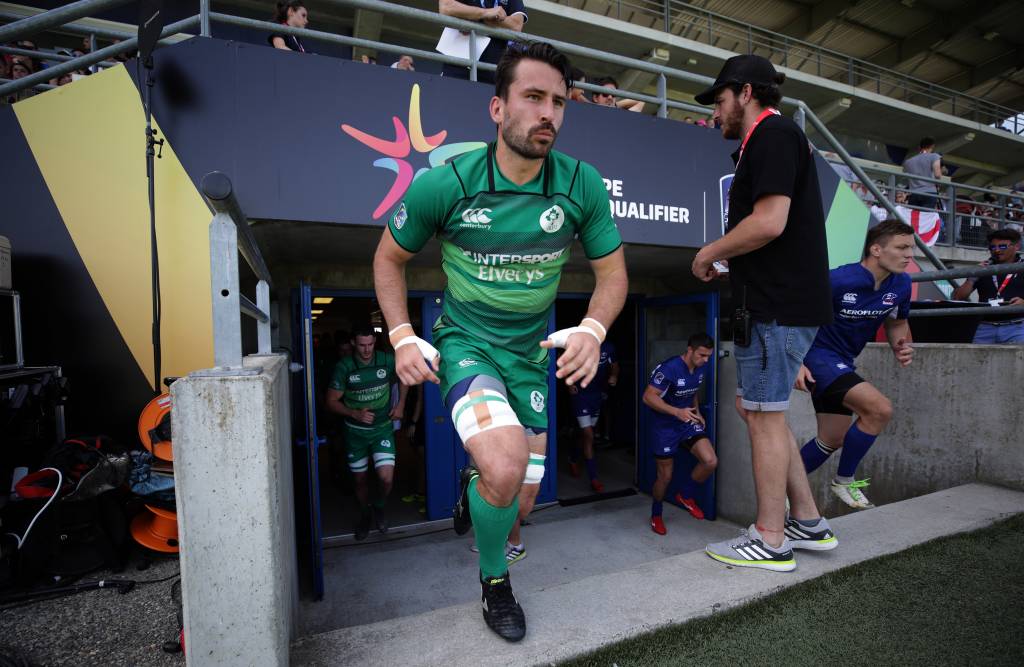 Ireland went one try better against Russia, racking up eight in a 52-14 win. Recent debutant Jack Kelly and Conroy scored two apiece and Keenan also got on the scoresheet during a one-sided first half which ended 33-0. Naas man Dardis landed all bar one of the conversions.

They burst out of the blocks with Keenan winning the kick-off and passing for his Leinster colleague Kelly to gallop clear from just inside the Irish half. McNulty and Horan were prominent in the build-up to Conroy’s first score of the game, before Dardis laid off for Kelly to roll over the line for his second. 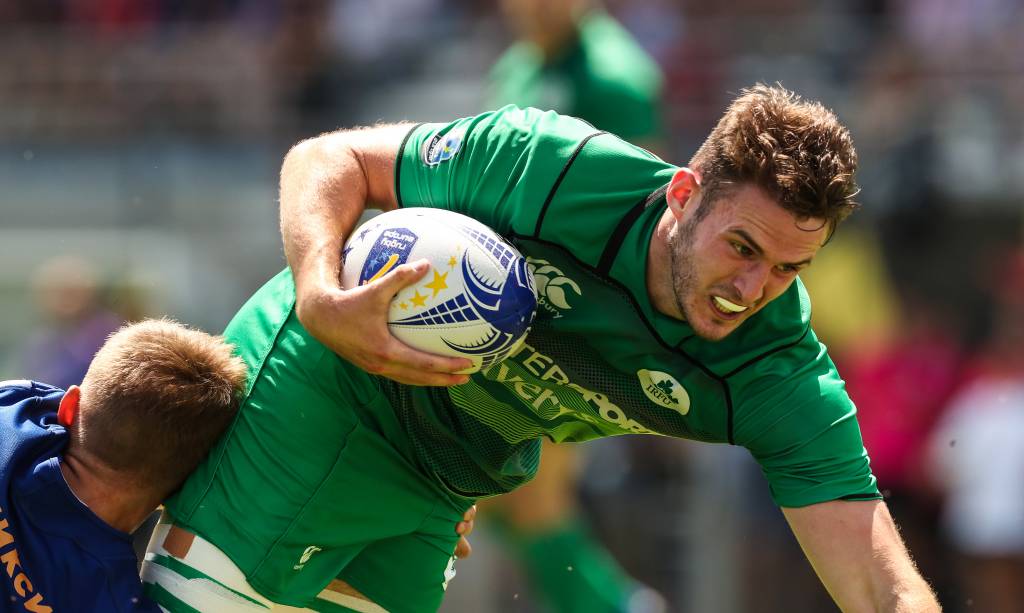 After the nuggety Horan was hauled down just short, Keenan dived over beside the posts and then Conroy fastened onto a long pass from Dardis to wrap up the first half’s scoring. A fantastic individual try from replacement Adam Leavy, who broke from Ireland’s five-metre line and pinned his ears back, was the highlight of the final stanza.

Ireland tagged on three more tries, eclipsing two breakaway efforts from Russia’s Aleksandr Nikitin and Andrei Karzanov. Conroy cut in off his left in the 13th minute to register his fourth try of the match and sixth of the tournament. The extras from replacement Mark Roche made it a 38-point winning margin.

It was much tighter contest in the final round, but Ireland struggled for possession in the opening half against Spain. Los Leones stole a march on them with Manuel Sainz-Trapaga twice showing his finishing ability, sandwiching an equally well-taken long range try from Llorens Carrion.

Eddy’s side needed to make adjustments to their defence and attack, with Keenan and Horan giving Sainz-Trapaga too much room as he broke in between them to move Spain 17-0 clear. Fitzpatrick was on the cusp of replying before half-time, but some miscommunication saw Kennedy’s pass go straight into touch.

Strong running from Conroy and Fitzpatrick heaped the pressure back on Spain, who lost a player to the sin-bin early on the resumption. Dardis sniped over from the quickly-taken penalty, adding the left-sided conversion for good measure as the arrears were reduced to 10 points.

It was back to a one-score game in the 12th minute when Kennedy passed wide for Conroy to get over in the corner despite a cover tackle. Spain had a try ruled out for offside, allowing Ireland to build late pressure via a series of penalties, the last of which saw Kennedy grasp his chance to expertly finish from close range.

While the teams could not separated on the pitch with Dardis missing the last-minute conversion, it was Spain who narrowly topped the Pool B table courtesy of their superior scoring difference (+82 compared to Ireland’s +79). The middle quarter-final match-ups are Spain v Portugal and England v Italy. 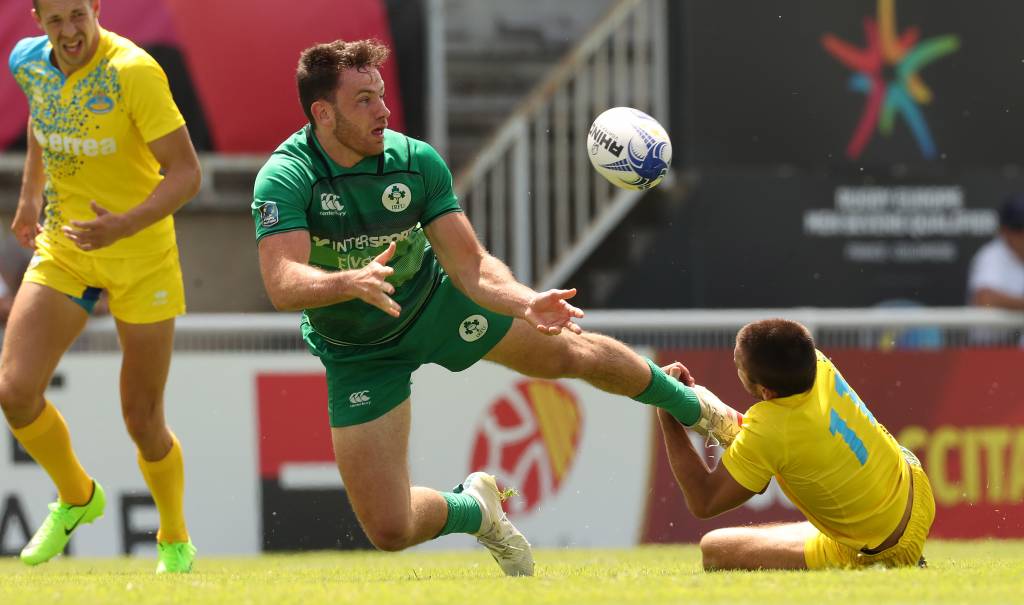 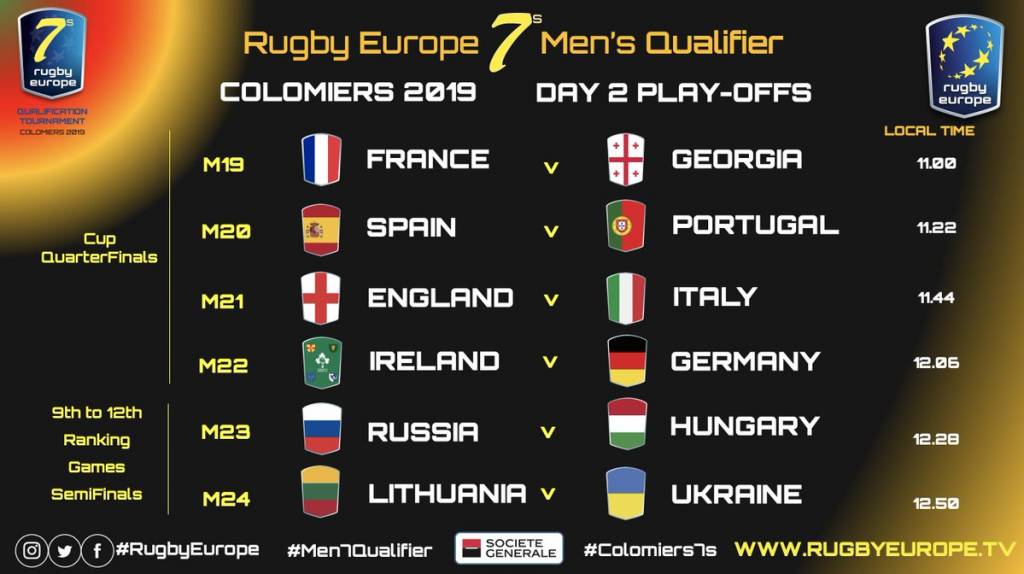