The Ireland Women’s Sevens team finished as Pool C runners-up on the opening day of the Rugby Europe Olympic qualifier in Kazan, with a huge amount riding on tomorrow’s Cup quarter-final against England (kick-off 11.06am local time/9.06am Irish time) – live on www.rugbyeurope.tv.

Coached by IRFU Sevens coach Stan McDowell, Ireland stormed past Romania (48-0) and the Czech Republic (50-0) in the opening rounds but tripped up against World Series rivals Spain who won the pool decider on a 19-5 scoreline.

The girls in green edged out England 24-19 at the same stage in Marcoussis two weeks ago, and will be looking for a repeat result tomorrow morning in order to keep their Olympic qualification hopes alive. The winners of the quarter-final will face either France or Romania in the last-four.

Only the tournament winners in the Russian city will claim a place at next year’s Tokyo Games. The runners-up and the third-place finishers will have one final shot at reaching the Olympics via next summer’s World Rugby Repechage event.

Kicking off their Kazan campaign against Romania, a confident Ireland scored four tries in each half. A lovely in-and-out run from Amee-Leigh Murphy Crowe opened their account inside two minutes, with some slick interplay between Stacey Flood and Louise Galvin seeing the latter cut through to make it 14-0.

Hannah Tyrrell’s hoovering up of the restarts kept her team on the front foot with Flood using a strong fend to finish off try number three, while Tyrrell made it 26-0 right on the half-time, thanks to a clever skip pass from captain Lucy Mulhall. With Romania leaking a number of penalties on the resumption, the scores kept coming.

Tyrrell slipped out of a tackle to complete her brace before Emily Lane used quick ball to score on the opposite wing, with fellow replacement Eve Higgins nailing a well-struck conversion. Higgins was next over the whitewash, profiting from Deirbhile Nic a Bhaird’s quick tap, and Murphy Crowe, who was released by Megan Burns, added the eighth past the final hooter.

The Czech Republic were 35-0 in arrears by the break, with Tipperary speedster Murphy Crowe helping herself to a hat-trick. Mulhall tested the defence before releasing Galvin for the opener from halfway. Strong clear-outs and counter-rucking were key parts of the build-up to Murphy Crowe’s first two scores, with Mulhall also providing both assists.

Kathy Baker used a nice hand-off and turn of pace to dash in under the posts after Tyrrell’s catch from the restart. Ireland then countered from a Czech kick downfield, Mulhall neatly sending the supporting Murphy Crowe over and raising the flag with her fifth successful conversion.

McDowell’s charges added three unconverted tries during the final seven minutes, the first of them seeing Murphy Crowe set up Higgins. The latter made it a brace courtesy of quick-witted attacking from Nic a Bhaird and Burns, who also deservedly scored with a strong surge through a tackle.

However, Ireland’s unbeaten run was ended by a Spain side that took their chances well and defended in impressive fashion. Following some early Irish pressure, Maria Losada proved tough to bring down before Patricia Garcia put Lide Erbina over in the left corner for a fifth-minute opener.

Crucial possession was then lost at the breakdown, allowing Spain to tee up Olivia Fresneda to make it 12-0. Ireland’s frustration grew with Tyrrell’s great break up to the 22 going unrewarded – the returning Audrey O’Flynn went in off her feet and referee Sarah Cox decided that Baker had delayed the Spanish penalty, resulting in a yellow card.

Loose play again at an Irish ruck allowed Spain to counter early in the second half before Ireland were restored to seven players. Fresneda held off Murphy Crowe’s tackle before Anne Fernandez de Corres’s well-placed offload sent her captain Barbara Pla in behind the posts to stretch the margin to 19 points.

With Higgins adding directness to the Irish attack, the green shirts flooded forward late on. Murphy Crowe was denied right on the Spanish line but got the ball away for Mulhall, the instigator of the pacy 12th-minute attack, to ground it and get Ireland off the mark. Yet, time ran out on their comeback bid. 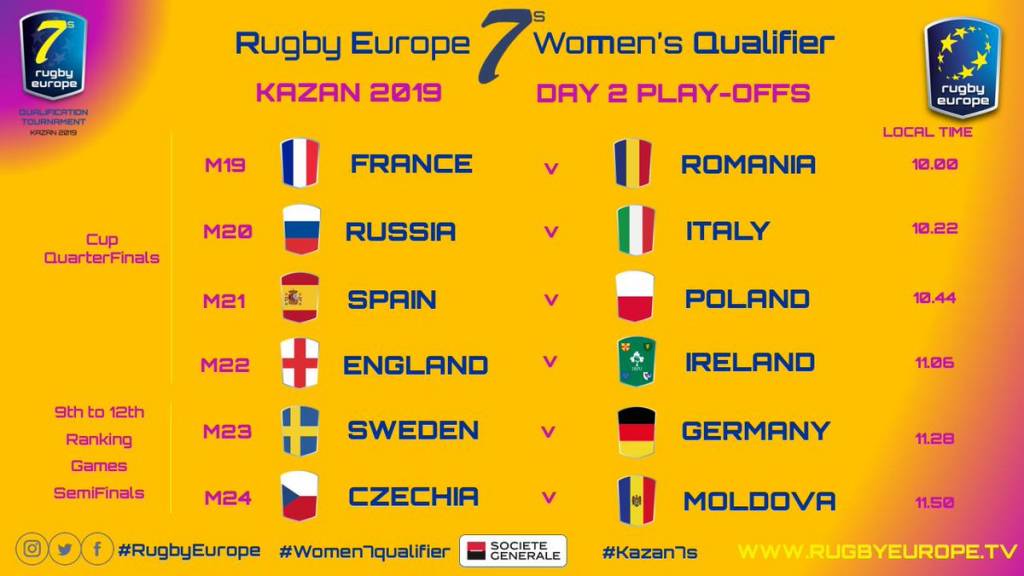