Following in the footsteps of the Wycherley brothers – Fineen and Josh – and Gavin Coombes, John Hodnett is the latest player from west Cork to make his mark for the Ireland Under-20s.

Despite its reputation as a GAA stronghold, this area of County Cork has gained an appreciation for the oval ball over the past decade. The Clonakilty youngster, who produced a sterling performance at number 8 in the Ireland U-20s’ 35-27 win over England, juggled both sports during his youth before opting to concentrate full-time on rugby.

“I started maybe when I was six or eight down in Clonakilty,” explained Hodnett. “I played GAA all the way up until Under-18. I played a bit with their juniors as well when I was in sixth year. I was in Mount Saint Michael’s. It’s a GAA majority school so I came up playing a lot of GAA when I was younger.

“I always liked rugby, but I came from a GAA town so it’s what I played. All my friends played. I didn’t play a whole lot of rugby, probably until I was 16 or 17 when I got into the Munster Under-18 Clubs side and it kinda took on from there really.”

Like all the Munster-based players in the Ireland U-20 squad, which includes the aforementioned Josh Wycherley, the U-20 Six Nations first round fixture at Irish Independent Park was extra special for Hodnett. Playing at home, in front of a very vocal and passionate crowd, undoubtedly helped to inspire the team’s four-try performance on the night.

“I was happy enough with the way I played, things went my way. But at the end of day, it was a huge team performance. Everyone on the team was unbelievable. I had a nice few carries but everyone else on the team put me in the position to make those carries.” 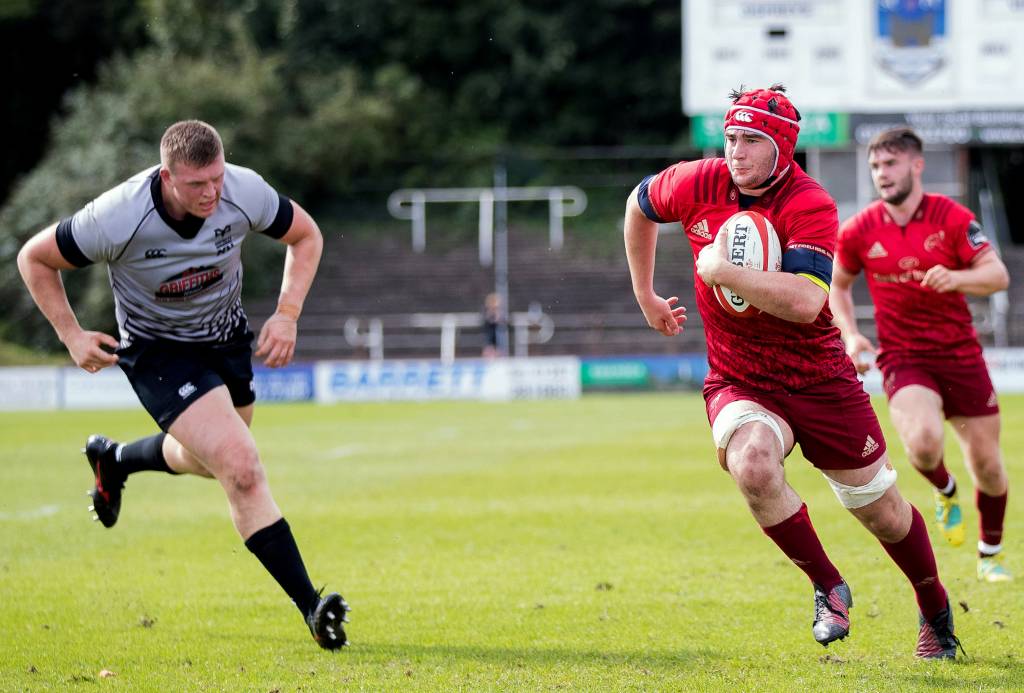 Similar to most in Noel McNamara’s squad, Hodnett is hoping to push on and play for his province at senior level. He played with Munster ‘A’ in the inaugural Celtic Cup competition until a shoulder injury in their win over Cardiff Blues ‘A’ in late September brought his involvement to an abrupt halt.

Still, he has since recovered to feature for UCC in the top flight of the All-Ireland League where head coach Brian Walsh, formerly of Cork Constitution and Munster, has taken him under his wing.

“I played a good few Celtic Cup games there at the start of the season. I got injured, I think it was against Cardiff Blues. I was injured for a while and I am only kinda back. I did my AC joint in my shoulder. That was disappointing. That was the other experience as well. We were playing really big sides again, so it was great to get that physicality under the belt.

“We’re (UCC) in 1A now this year for the first time ever. It’s class. It’s a really high standard. Physicality is huge and stuff. It really does help me out for these games. He (Walsh) is a great coach and the way we play, I love it. I’m really enjoying my rugby with UCC.”

Hodnett has retained his place in the Ireland U-20 back row for tonight’s encounter with Scotland at Netherdale (kick-off 7.30pm). The competition for places is intense, and as someone who is as comfortable in the number 7 jersey as well, he believes the battle for starting spots is driving standards up across the board.

“Definitely. There is huge competition for places now. Everyone is out trying to make their mark in every training session to put their hand up for selection. You obviously have to come training to play. Everyone gives it their all. It’s a really good environment to be in,” he added.