Chris Farrell, who will start against Scotland, is pictured training today at Carton House ©INPHO/Dan Sheridan

Ireland head coach Joe Schmidt has made five changes – four of them enforced by injury – to the team to play Scotland in the Guinness Six Nations at BT Murrayfield on Saturday (kick-off 2.15pm).

A dead leg has ruled out Robbie Henshaw, who joins Garry Ringrose (tight hamstring), Devin Toner (rolled ankle) and CJ Stander (facial injury) in missing the second round clash. However, Ireland are boosted by the return of a fully-fit Rob Kearney and Sean O’Brien to the starting XV.

Kearney makes his 88th appearance for Ireland, taking the reins from Henshaw at full-back, with the only other change in the backs seeing Munster’s Chris Farrell replace Ringrose at outside centre. It will be Farrell’s second Six Nations start – his first also came alongside Bundee Aki and in an identical back-line against Wales last February. 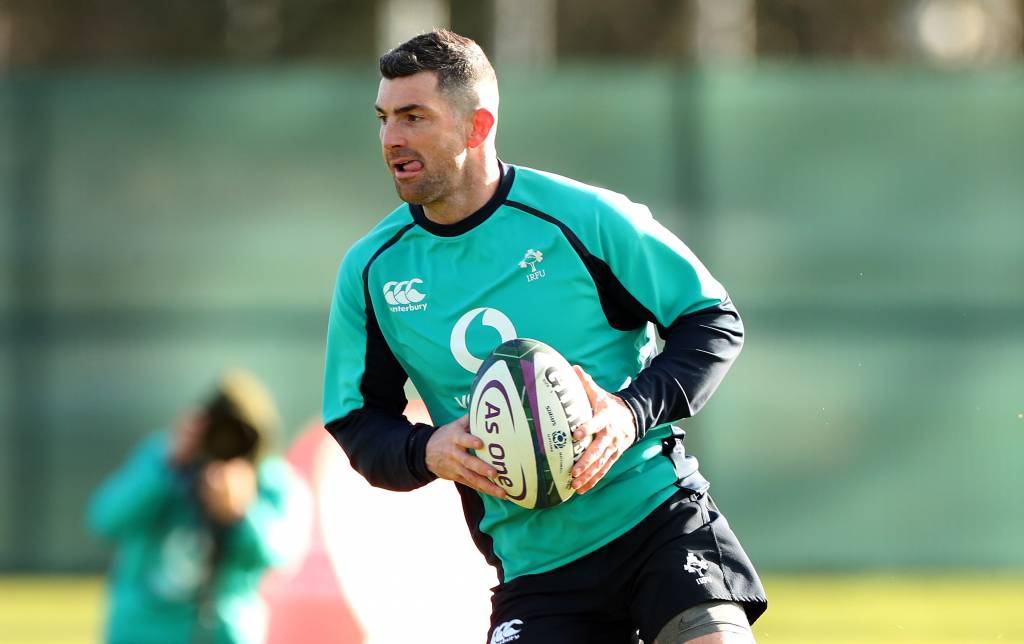 Jonathan Sexton and Conor Murray, who scored 13 points between them against Scotland last year, continue at half-back with Keith Earls shaking off a hip injury to retain the number 14 jersey. Fellow winger Jacob Stockdale bagged a brace of tries in last season’s 28-8 home win over Scotland, while Earls touched down against them in both 2016 and 2017.

The unchanged front row of Cian Healy, captain Rory Best and Tadhg Furlong is backed up by James Ryan and Toner’s replacement Quinn Roux. It is a tenth cap and a first Six Nations start for the powerful Connacht lock who started against Italy, most recently, in the November internationals.

Following his appearance off the bench against England, O’Brien gets the nod at openside flanker for his first Six Nations start since the 2017 tournament. The back row is completed by vice-captain Peter O’Mahony and Leinster number 8 Jack Conan, who makes his second Championship start in place of the sidelined Stander.

Seven players on the bench for Saturday saw action during the 32-20 defeat to England, including flanker Josh van der Flier who makes way for O’Brien this week. Connacht’s Ultan Dillane, who last featured against Fiji in November 2017, has been added to the replacements and could win his twelfth cap.

Commenting on some of the personnel changes, Schmidt said: “Robbie Henshaw’s unavailable, he’s got a dead leg and it hasn’t recovered sufficiently. But it’s a pretty exciting opportunity to give Chris Farrell the chance to play against Scotland. He stepped in only once last year, got man-of-the-match, and he’s a guy that’s coming back to form after the long lay-off that he’s had.

“Quinn will share the lineout calling, probably with Pete. There’s a fair bit of experience with Pete but Quinn came on and did it when he replaced Dev (last week), and he’s done it for us a lot in training and he’s done it a lot in Connacht this year. It’s a fantastic opportunity for guys to try to transition in as seamlessly as possible.” 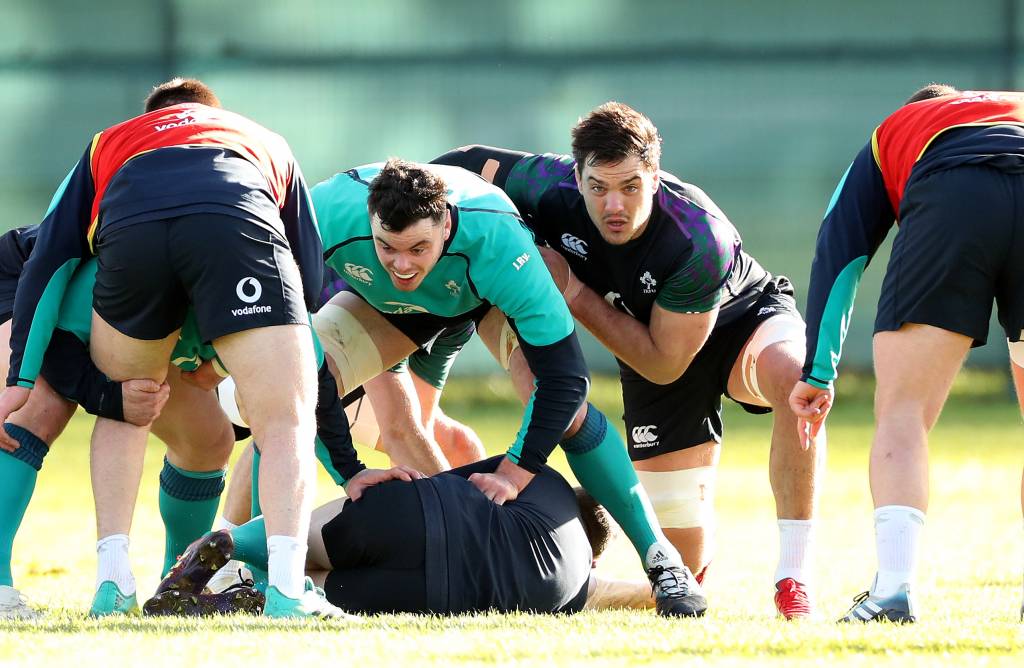 On Scotland, he added: “We’re expecting them to be very tough to beat. They play at a very high tempo and I think they will be looking to play with very fast rucks. We know the counter attack threat they that have. I see that Sean Maitland has been brought back in. I feel a bit sorry for Blair Kinghorn, I think he’s a super young player.

“Sean Maitland is a super athlete, a really good player, so that back-three present real threats across the board and Finn Russell has the ability to get them into the game via Sam Johnson and via Huw Jones. And Huw Jones is a real strike threat himself, so I’ve no doubt they’ll try to get those guys involved, and then just harassing and getting into your face and carrying – guys like Ryan Wilson, Josh Strauss, I think he came on and made an impression (against Italy).

“Jonny Gray’s back in, he’s a real bit of bedrock for them. Very high tackle counts in game, very high tackle accuracy in games. Simon Berghan coming in at tighthead, I thought he got a fantastic poach. He’s good around the park as well as working hard as a scrummager. I think they’ll play with tempo and I think they’ll try to vary it up, particularly looking to get the ball in behind us at times as well.

“We have to build our way into the game, we can’t be chasing things and trying to get instant results. You’ve got to earn whatever you get up there because they give so little away. (Last week’s defeat) doesn’t change the mentality too much, we just want to take it one game at a time. We’re not going to chase a tournament when we’ve got such a tough task in front of us.”