Ireland Under-20 head coach Noel McNamara says his young squad of players are focused on ‘getting better’ with each game as they look to follow up on last Friday’s terrific bonus point-winning start to the U-20 Six Nations Championship.

Tickets for the Ireland U-20s’ next home game against France on Friday, March 3 are available on Ticketmaster.ie.

McNamara’s charges emerged as 35-27 winners of a hugely entertaining first round clash with England in Cork, twice coming from 11 points down in the first half and restricting last year’s runners-up to just three points after the break despite replacement prop Michael Milne’s yellow card entering the final quarter.

Replacement scrum half Cormac Foley’s decisive 78th-minute try made sure the positives far outweighed the negatives for Ireland on the night, and while forthcoming with his praise, McNamara knows there are areas they evidently need to improve on for this week’s trip to Scotland.

“I thought the boys were magnificent. The character and cohesion that they showed against a strong England team was first class,” he said. “It was a 23-man effort. There’s not a lot that happened on Friday night that was a huge surprise to us and to the people who have worked with these players and know these players.

“They’re very, very strong in character, they’re quite a cohesive unit. The boys recognise that it’s just one game, they’ve got a lot of rugby in front of them over the course of the season. Nobody’s getting too carried away. It’s about getting better and that’s what it is for these boys. It’s a development process, it’s about learning from this first game and being better next week.” 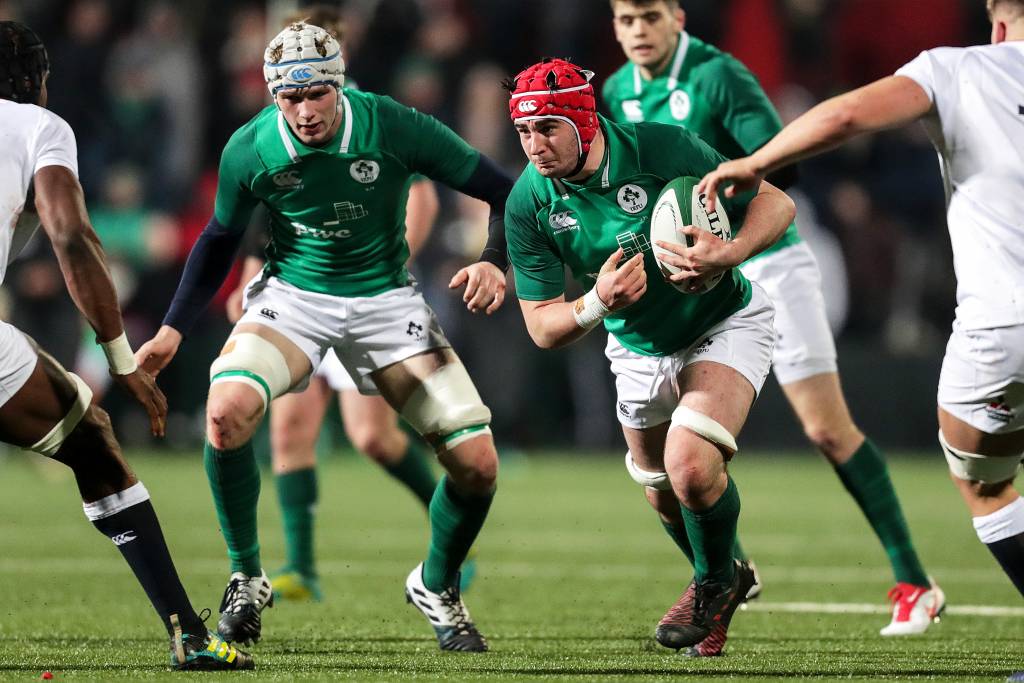 McNamara highlighted the efforts of Ireland’s forwards, led by vice-captain Charlie Ryan and with six debutants starting up front, as they took on the bigger English pack and provided the platform for all four tries. Hooker and man-of-the-man Dylan Tierney-Martin crossed twice via close-in carries and a maul, while Leinster’s Scott Penny also struck from a close-range ruck and Foley’s clinching effort came from a five-metre scrum.

“You’ve got to give credit to the forwards and the job that Amby (Conboy) did with them. You can’t shy away from it, you’ve got to play with pace, but you’ve still got to go after it and I thought the forwards did superbly in that aspect,” admitted the Clare native, who gave first caps to nineteen players on the night.

“We took them on at source, got a good platform from the scrum, got pressured a bit at times. We got in the scoring zone a couple of times and managed to pick and go to get over, got a maul try as well. Those kind of things are significant psychologically as well. I think it bled a bit of confidence from England. We did move them around as well, so I think there was a good balance in the game.”

There was a tenaciousness too about Ireland in defence, which was all the more impressive given they had to bounce back from the early setbacks of leaking two tries inside the opening 15 minutes. A ‘good run-out against Cork Con last week’ had aided the Ireland U-20s’ preparations, particularly at scrum time and defending against bigger men.

McNamara added: “From our perspective (going 14-3 down early on) wasn’t how we wanted to start. But the character that the boys showed and the resilience just to keep playing and keep trusting their game. They took their opportunities when they came. Even to deny England the bonus and for us to get it at the end was great as well.

“There was so many defensive sets where people put their body on the line time and time again. When there were scraps on the ground, generally speaking it was a green jersey that went down to win it. You could see it meant a lot to the players, particularly the Cork players – to play an international in Cork was significant for them. 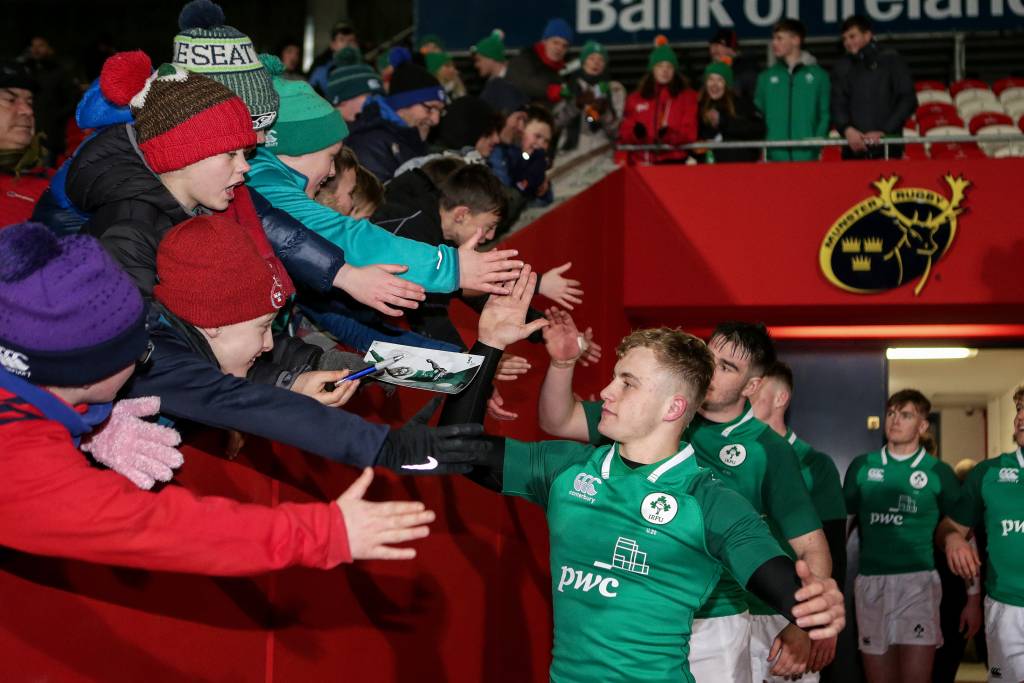 “They would have spoken about it, and some of the other boys as well would have spoken about the importance of it for those and maybe felt some of that for themselves. We’re very pleased with the performance, across the board. It’s been a really good squad effort in this first game and there’s guys who missed out (on selection) that will come into the reckoning during the course of this Championship, no question.”

The Ireland U-20s, who are in a three-try tie with France and Italy at the top of the table, are away to Scotland and Italy in the next two rounds before returning to their new Cork home ground for a March 8 date with the French. Their first experience of Irish Independent Park and the Leeside crowd, which numbered 5,764 last Friday, has left a lasting impression according to McNamara.

“I thought the crowd were tremendous. From the get-go really, they’ve been so welcoming and they’ve really taken to this team. It made it an extra little bit special, the boys will certainly say that. Having that kind of vocal support it added something to it. We can’t wait to be back here for the France game and hopefully we get a similar if not a bigger crowd.”