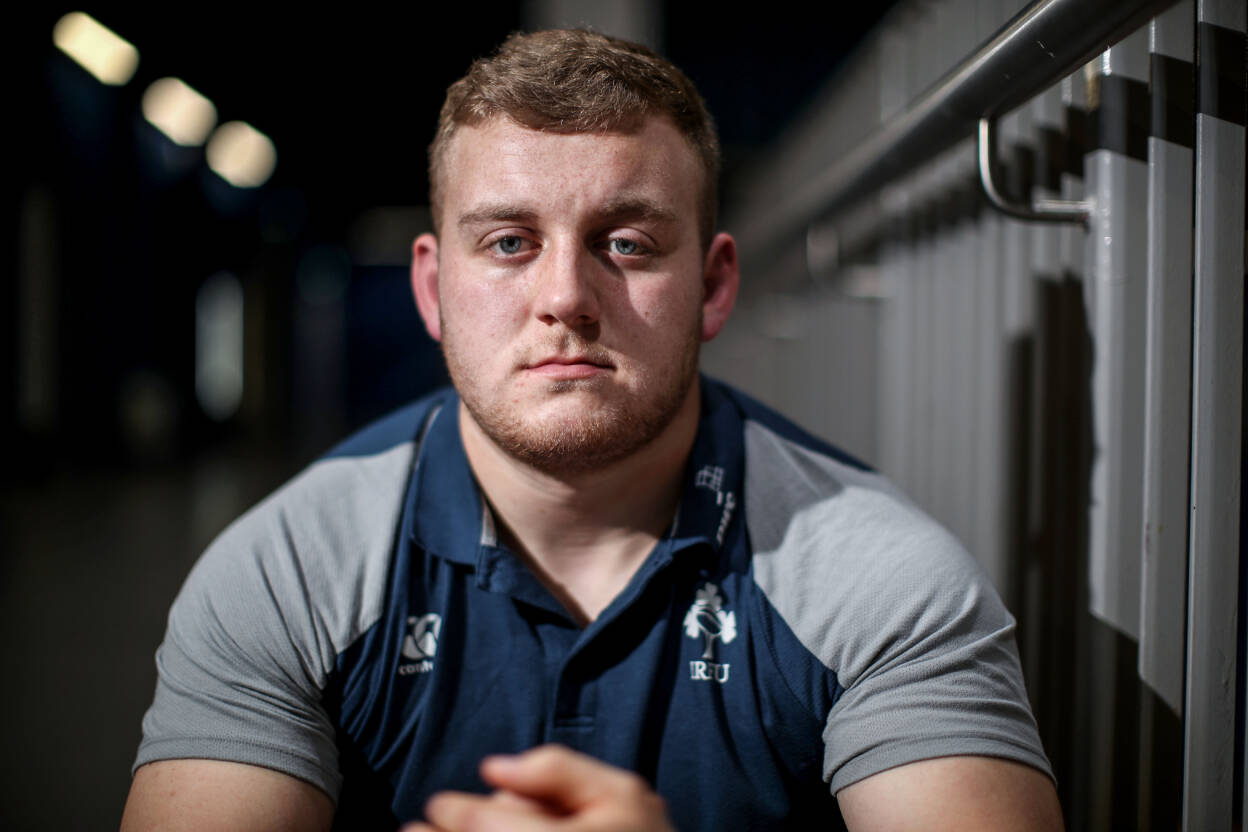 Having made his Ireland Under-20 debut during last summer’s World Rugby Under-20 Championship in Argentina, versatile prop Charlie Ward is one of seven players with experience at this age-grade back in Noel McNamara‘s squad this season.

After winning two Ireland Under-20 caps last year, Tullow native Ward made his Six Nations debut against Scotland in the Round 1 victory over Scotland at Irish Independent Park and then made another big impact off the bench against Wales in Cork last time out.

Part of a strong Ireland pack, Ward has gained experienced in the Energia All-Ireland League with Clontarf and he hopes to kick on again in Friday’s Round 3 clash against England at Franklin’s Gardens (kick-off 7.45pm, live on Sky Sports Mix), as the two unbeaten sides in this year’s Six Nations go head-to-head.

Ahead of the team’s departure for Northampton, Irish Rugby TV caught up with Ward to discuss the campaign so far, the pack’s performance under forwards coach Colm Tucker and the challenge of facing England away.