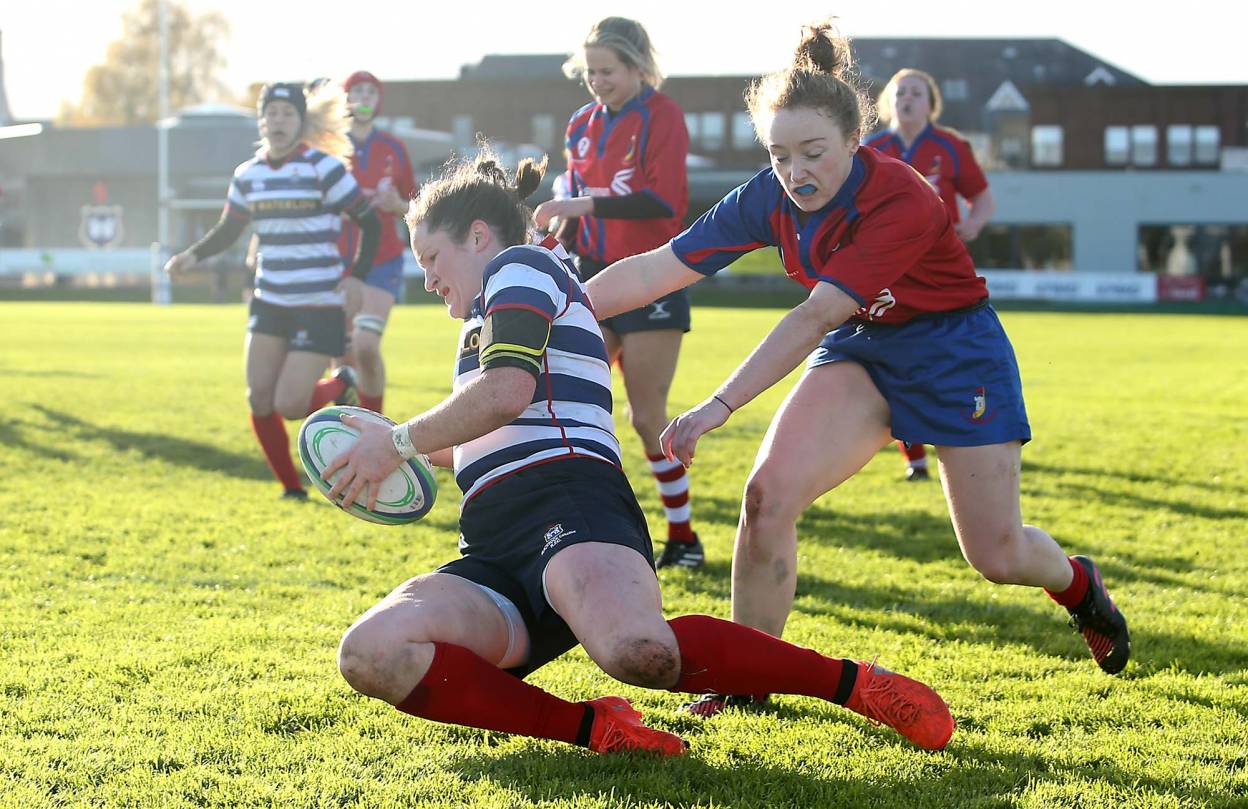 Blackrock and UL Bohemians face off in the Women’s All-Ireland Cup final for the second time in three years this weekend. Ashbourne RFC is the venue for Saturday’s decider (kick-off 2.30pm) and neutrals are hopeful for a final as entertaining some of their recent meetings.

Irish Rugby TV attended their most recent league tussle in March – a 5-5 draw in Limerick. The dreadful conditions aside, it was a chance for players and coaches alike to eyeball their opposition ahead of this much-anticipated cup final showdown.

There was a sense too that both sides were playing their cards close to their chest. Blackrock captain Michelle Claffey misses out on Saturday’s game through injury but did line out in an enthralling cup decider in 2017 won 26-17 by UL Bohs.

“We tried things that day,” said Claffey, the Ireland centre. “Something special for the final. It didn’t come off but we were happy with our performance and we actually couldn’t do anymore. UL were really strong – as they always are – and they just proved their class on the day.”

2013 Grand Slam-winning supremo Philip Doyle has taken over as Blackrock’s head coach this season, and admits there might be a something novel in the works again for ‘Rock’s tilt at national silverware in Co. Meath. He told Irish Rugby TV:

We’ll be changing a couple of things. You can’t completely reinvent the wheel. We’ve got to rely on our strengths and what got us to this position, but you have to hold something back. Hopefully we’ll be able to surprise them and make a good contest of it.”

Irish Rugby will have live updates throughout the day as well as post-match video highlights and reaction.