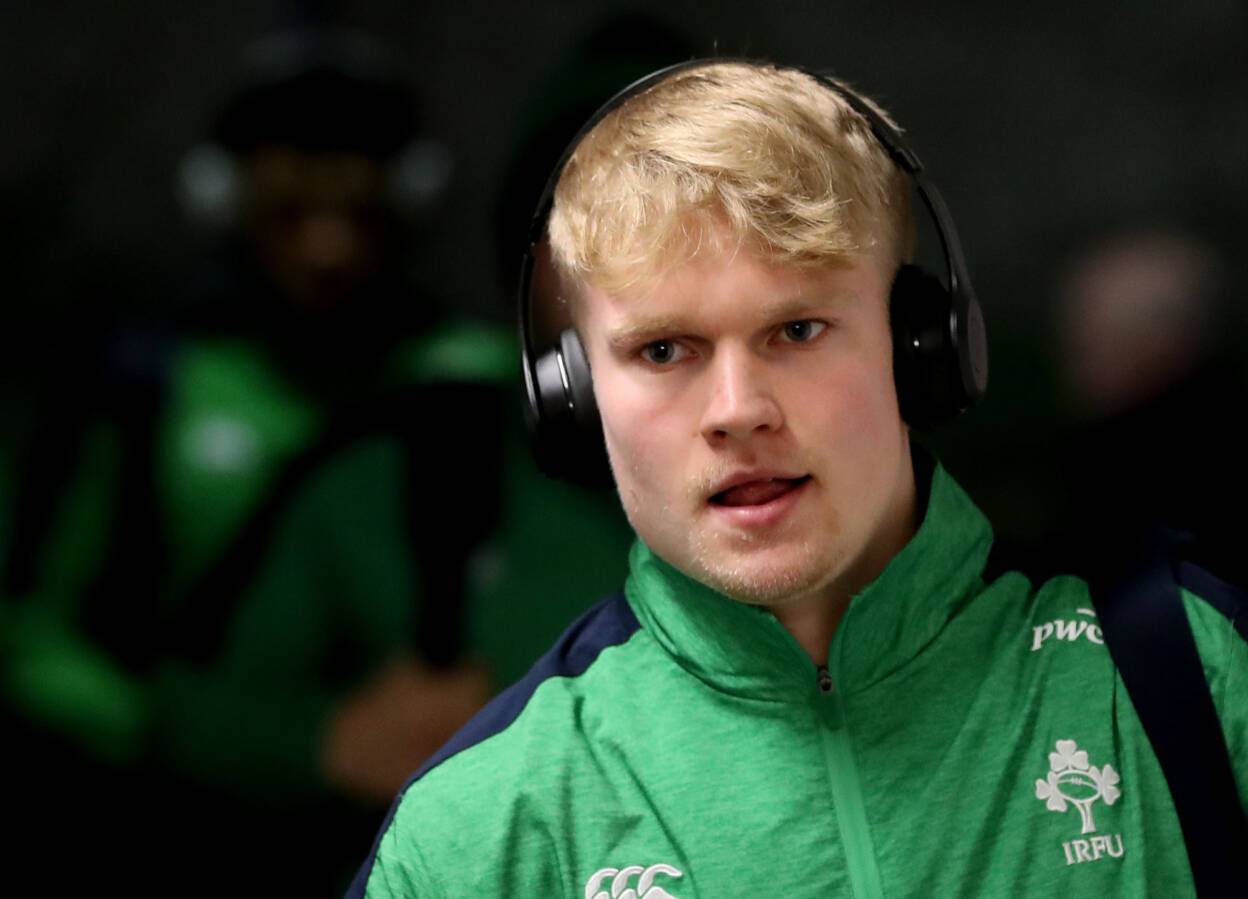 Despite coming from very different parts of the country, Ulster’s Lewis Finlay has developed a strong bond with half-back partner Jack Crowley over the past 12 months.

The Down High School graduate was named alongside the Cork Constitution starlet as the Ireland Under-20s, sponsored by PwC, kicked off the defence of their Under-20 Six Nations crown with a bonus point triumph over Scotland at Irish Independent Park last Friday.

“I played with Jack last year at Under-19s,” Finlay explained. “We feed off each other well, because we can sort of manage each other’s emotions during the game. I was delighted with how he played, though we’ve a lot to work on come the next game. It was a good start for us as a half-back pairing.

Finlay was this week speaking to the assembled media at the IRFU High Performance Centre shortly after Conor Murray and John Cooney had conducted a joint press conference for the senior men’s team in the same venue. Unsurprisingly, Finlay is full of admiration for the scrum half duo, though he has taken particular notice of provincial compatriot Cooney.

“Obviously watching Murray since he was young, got his opportunity and took it. I’ve been really impressed with how John Cooney’s carried himself, more than anything, over the past year. I’ve had my own selection issues, but he’s shown that you speak through the way you play.

“To be honest, he’s taken opportunities when he’s been given them. They’re both at the top level and both consistently showing that.”

The old maxim of ‘practice makes perfect’ is something that Murray and Cooney have followed closely on their way into the senior ranks and Finlay is no different in this regard. Having discovered a repetition exercise that All Blacks legend Aaron Smith used during his formative years, the Malone clubman decided to put it into action – albeit with a significant adjustment attached to it.

“I realised it was time to make a point of difference in my game. If it wasn’t going to come through huge athletic gains, it seemed like something consistent that I could develop myself. Luckily, it has stood me in good stead and I can keep working on it and keep developing it.”

Finlay and Crowley are two new additions to a squad that features just seven of last year’s Grand Slam-winning crew. Of this select group, five were named in the Irish pack for the 38-26 victory over Scotland.

Finlay admits it was ideal for both himself and the Cork man to be backed up by such an experienced forward unit.

“They’re a great bunch of athletes. More than anything else, they’re willing to work for you. We speak a lot about being a team that works hard. A lot of the time if you give the pack a job to do, 1-8 they’re going to do that job for you.

There’s a lot of individual effort that goes into the tries, yes, but if you see some of the D sets before that, some of the work. I think they had 18 scrums. The work that goes in is a huge testament to them as individuals and as a collective.”

Whereas Crowley was playing within earshot of his current club last Friday, it was a completely new set of circumstances for Finlay. Yet, it was one that was ultimately rewarding for the Ulster Academy prospect and he will be hoping for a repeat when Ireland welcome Wales to Leeside tomorrow (kick-off 7.15pm and tickets are available to buy here).

“I wasn’t used to it, to be fair. It was my first taste of a big crowd like that. The atmosphere and that was like what the boys said it would be. It lived up to expectations. It was really exciting, played a part in the momentum of the game as well,” he added.