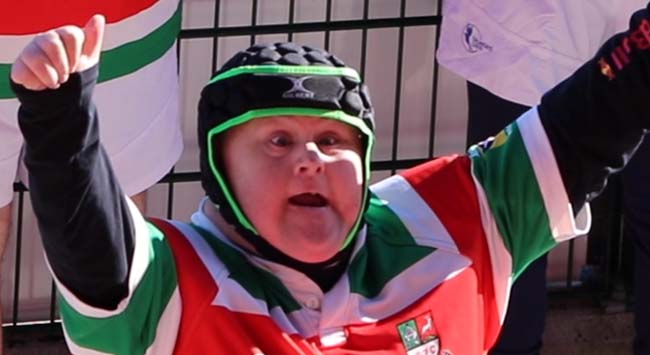 The touring side formed in 2009 as England’s first team playing to play mixed ability contact rugby union. Sunday’s Well Rebels formed in 2014 and had been looking forward to welcoming their Bradford counterparts to Cork for quite some time.

“It was a momentous occasion to have the first official mixed ability rugby played in Irish Independent Park here in our home pitch, sanctioned by the IRFU,” explained Rebels manager Liam Maher.

“The amount of work that has gone into making that happen. Between our club executives and Nicky Comyn, Senior Vice President of the IRFU, they have done untold work behind the scenes.”

The game itself was a thrilling one with Sunday’s Well Rebels winning 31-22. The sides last met at the final of the International Mixed Ability Rugby tournament in Bradford in 2015, a game also won by the Cork side.

It was a double winning day for Rebels out-half Michael Moynihan, who also lined out as prop for the club’s senior team in their 20-8 victory over Dungannon in Division 2B of the All-Ireland League.

Rebels team-mates Joseph McCarthy Hayes and James Healy were happy with the result while also looking forward to making the most of Guinness Cork Jazz Festival. A jazz quartet welcomed both teams into the clubhouse after the game, with Joseph saying: “The Bumbles are our major rivals, but they’re our friends as well.”

It has been a big year for Sunday’s Well Rebels. It was announced in May that they will be hosting the International Mixed Ability Rugby tournament from June 7 to 12, 2020. Maher commented: “We will have 24 teams from all over the world with 700 players playing 82 games over five days. We’re so excited. It’s been a long journey.”