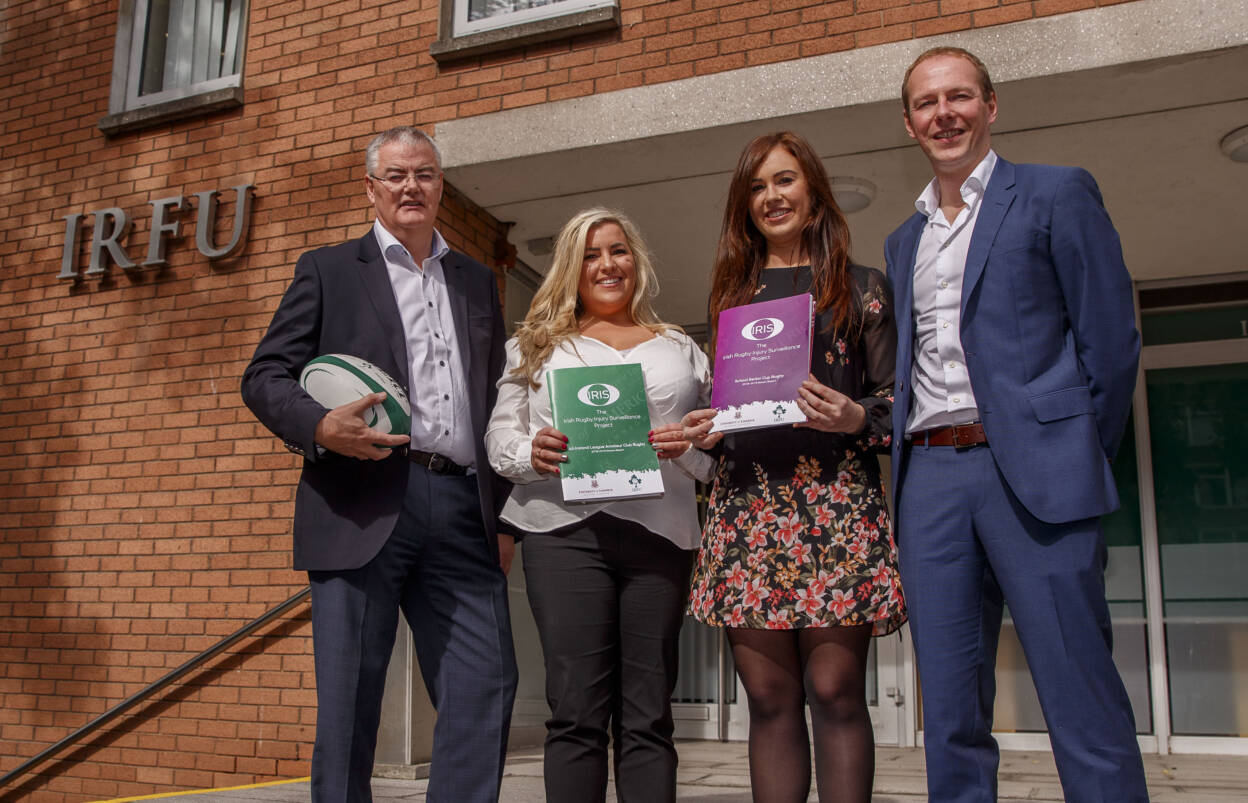 The Irish Rugby Football Union and the University of Limerick have released the second year of findings from the Irish Rugby Injury Surveillance (IRIS) research project, which looks at injury incidence in the Men’s and Women’s All-Ireland League, and Schools rugby, during the 2018/19 season.

IRIS research records the incidence, type, nature and severity of both match and training injuries occurring across the amateur game in Ireland. By monitoring this information, injury trends may emerge which will aid in the development and implementation of future evidence-based injury prevention strategies in order to minimise injury risk and enhance player welfare.

The data were compiled across 644 matches (versus 418 last season) from 32 All-Ireland League and Women’s All-Ireland League clubs (25 male teams and seven female teams) and 95 Schools Senior Cup matches from 11 schools. A total of 959 male, 195 female and 305 Senior Cup schoolboy players were registered with the IRIS project for the 2018/19 season. 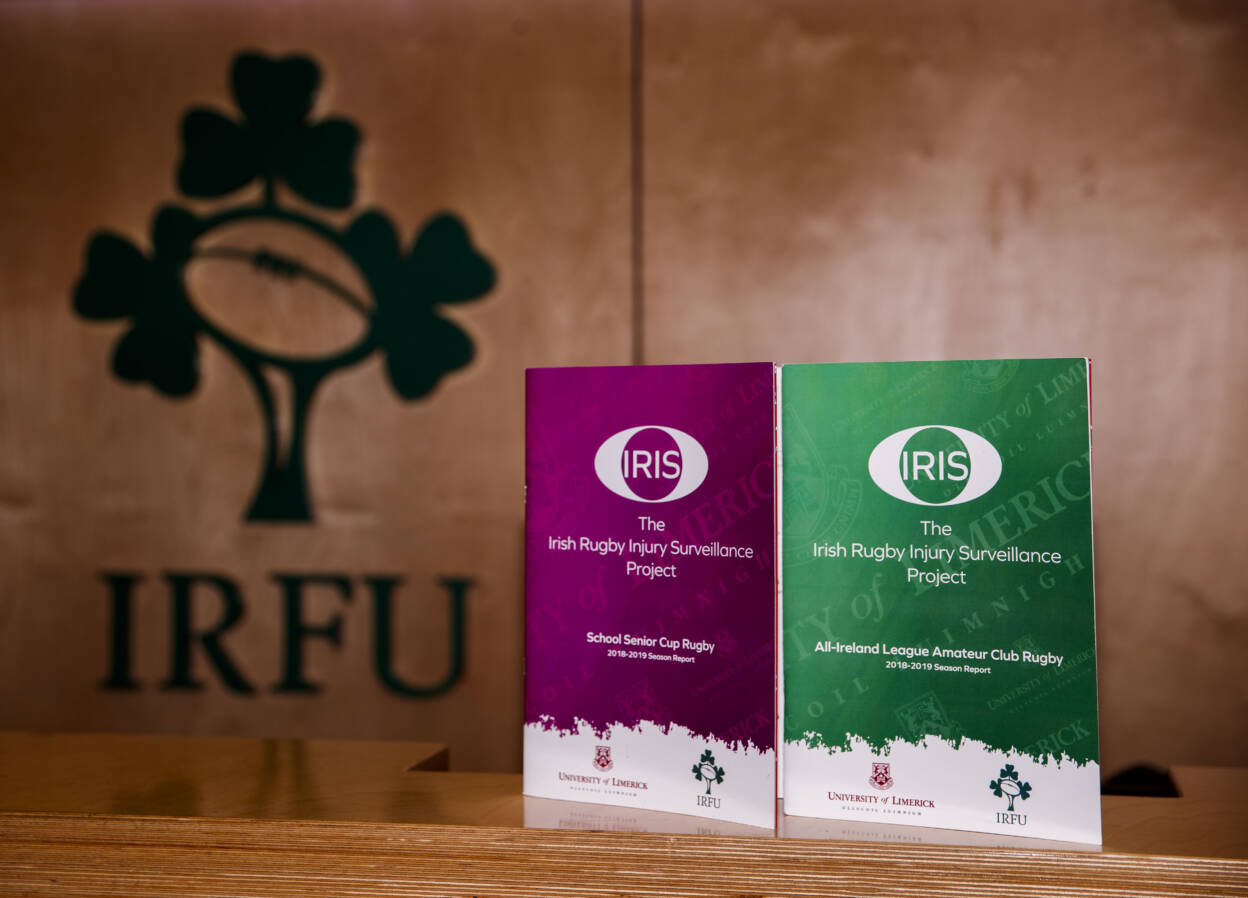 · 59% of match and training injuries a result of the tackle

· 48% of tackle related injuries sustained by the ball carrier

· 52% of tackle related injuries sustained by the tackler

Dr. Rod McLoughlin, the IRFU’s Medical Director, said: “This year’s report allows us to compare the 2018/19 results with those from the 2017/18 season, enabling us to begin to see some trends.

“This year’s data is from a significantly greater number of teams, including Schools rugby, and it will enable us to guide the prevention and management of injuries. The IRFU is committed to ongoing longitudinal research to further enhance our understanding of the nature and severity of injuries in the game.” 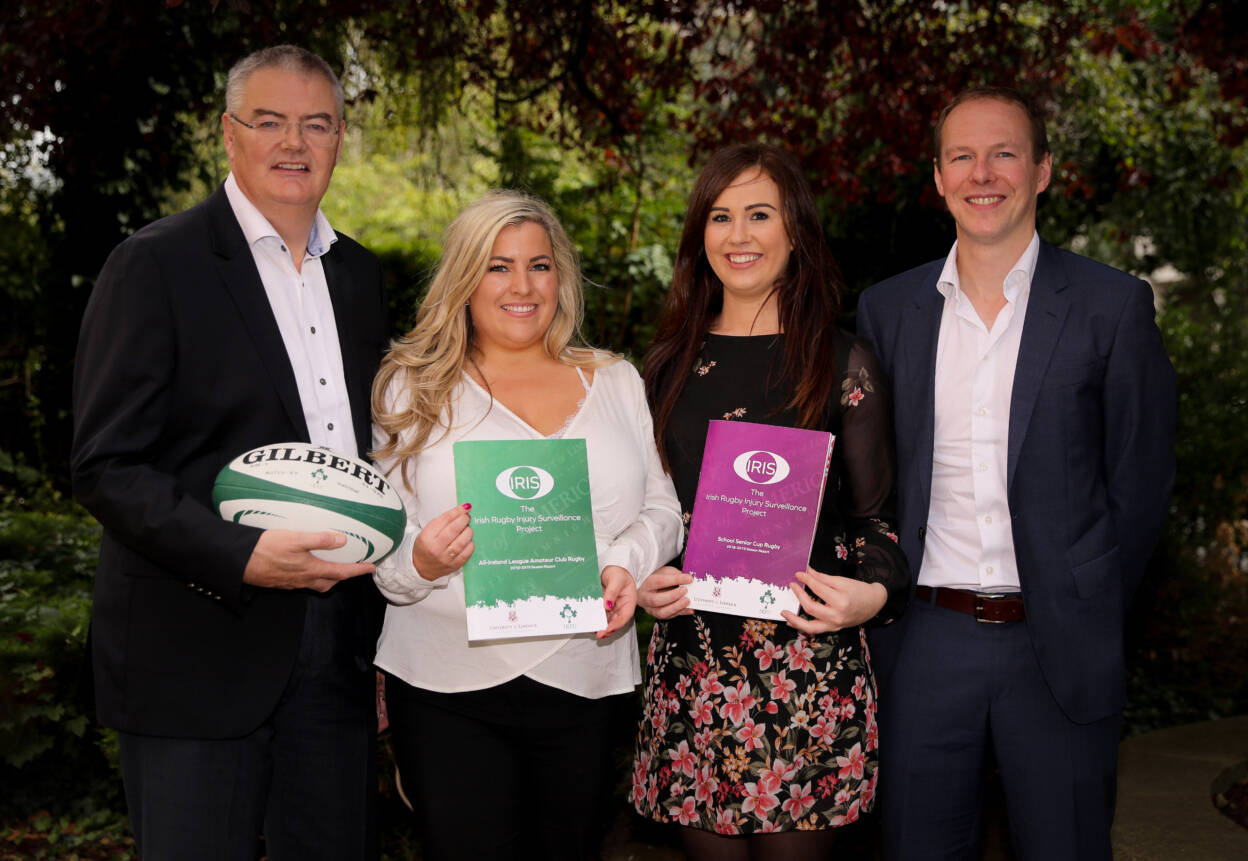 Dr. Tom Comyns, IRIS co-principal investigator at the University of Limerick, commented: “We, the Irish Rugby Injury Surveillance (IRIS) project, are pleased to present the second season’s injury surveillance report. The project has continued to expand and, of interest, this year’s reports include data from the school setting.

“The team would like to thank, in particular, the work of PhD scholars Caithriona Yeomans and Therese Leahy for the data collection, analysis and reporting. The team also thank the dedicated injury recorders in the clubs and schools for their involvement in the project. This long-term project will help improve the health and well-being of amateur players at all levels in Ireland.”

“The addition of schools surveillance this year provides crucial insight into injury within Schools Senior Cup rugby in Ireland. The project in the future will also report on the incidence, nature and severity of injuries in the Schools Junior Cup and underage amateur rugby.”