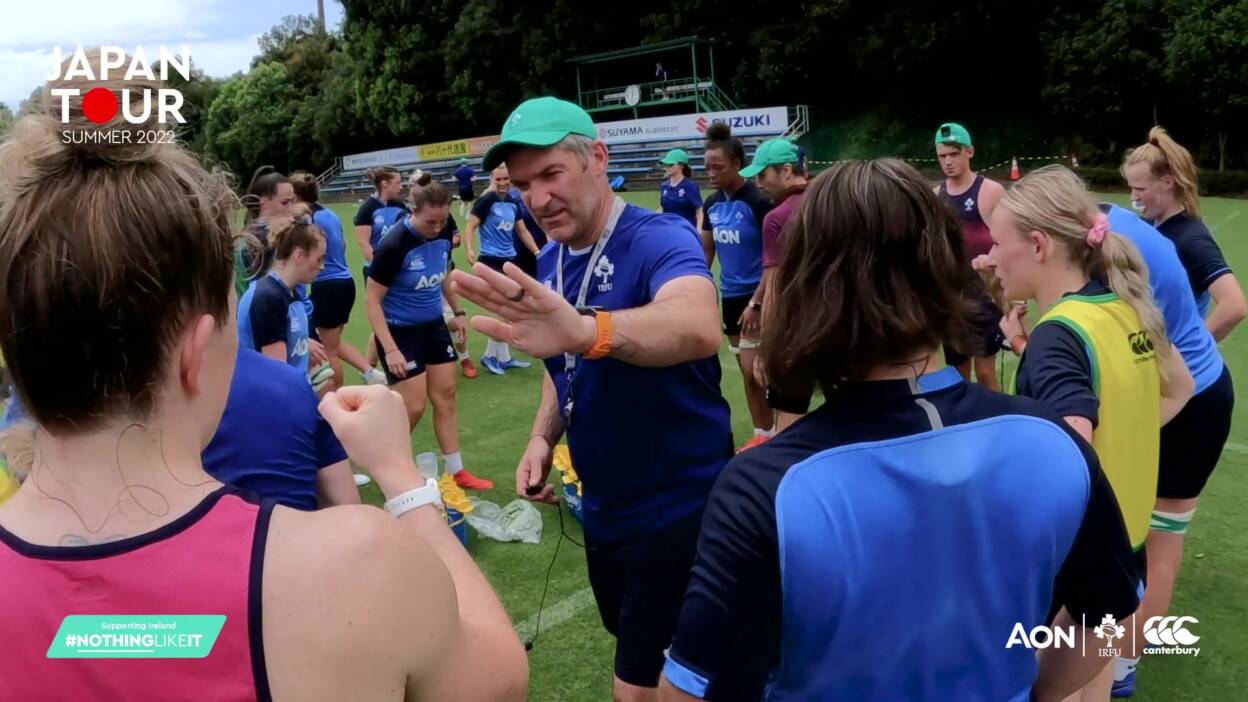 Ireland head coach Greg McWilliams brought the squad to a local temple in Hamamatsu as he named the team to play Japan in the first Test.

Everyone has worked incredibly hard on the pitch and it is a privilege for me to lead this group on a first tour,” he said.

“Off the field they’ve had the opportunity to get to know each other better and to grow as a group. This is a perfect place to be, in this incredible site.

“There’s a real sense of calm and I hope the players feel that going into the weekend.”

McWilliams has included six uncapped players in the matchday 23, with four of them named to start in an exciting young back-line. The head coach said he wants players to show ambition and not to be afraid to make mistakes.

“I hope they can go out and express themselves. It’s going to be daunting for them. They’re playing an international side that is well capable of playing fast, very fast rugby.

“But they’re players of the future. There’s no pressure on them, they’ve already won, they’ve got the opportunity to be in the national team.”