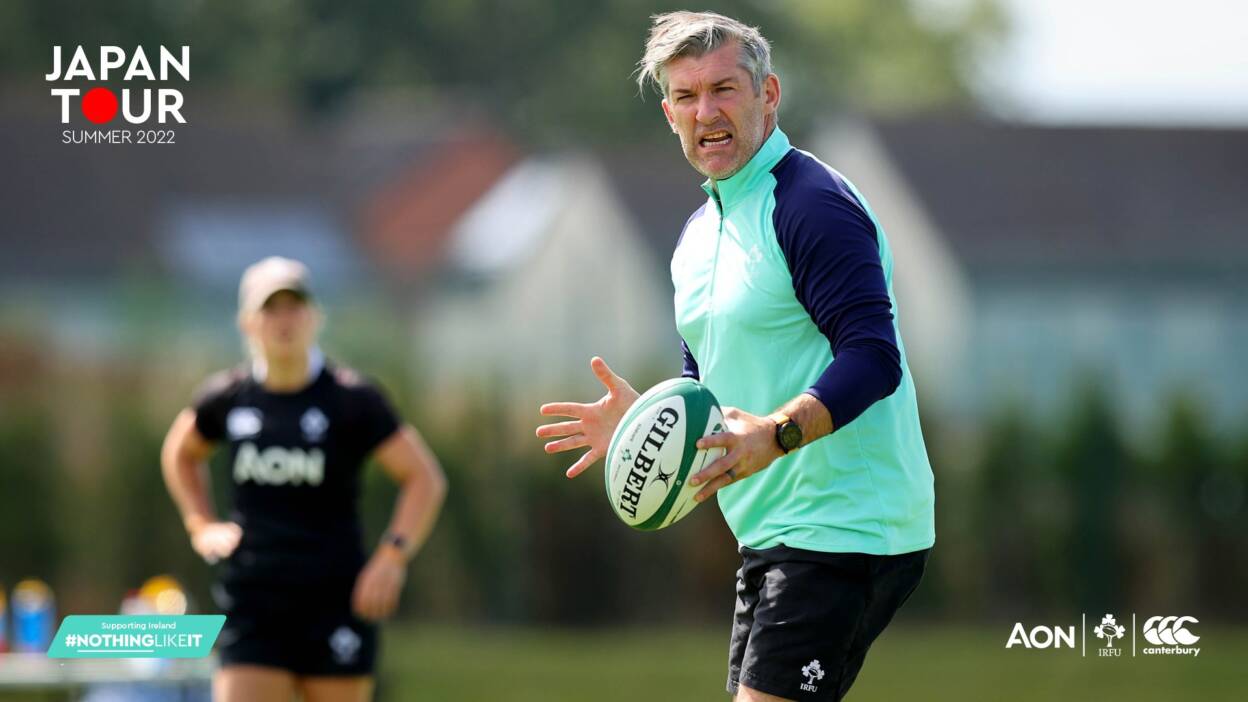 Ireland’s first Test against Japan on Saturday is an opportunity for the players to test themselves and show what they can do, against a squad preparing for the Rugby World Cup, says head coach Greg McWilliams.

Speaking at the squad’s training base, the home of the Shizuoka Blue Revs, McWilliams stressed the different development cycle the two teams are on, noting:

We’re playing against a Japanese side that are preparing for the Rugby World Cup, so they are on a different cycle.

“They’ve had six games in the last eight or nine weeks, playing Australia three times, South Africa and Fiji, so I think they are going to be more match ready.

“I’m excited, we’re going to give some people opportunities and I’m excited to see how they respond. Every day we’re together we get better as a squad.

“The new girls in the squad are great, their families can be so proud of them and the coaches who helped them at mini and underage level, I can see and really respect the work done to help these girls.”

Day 2: Down Day In Hamamatsu