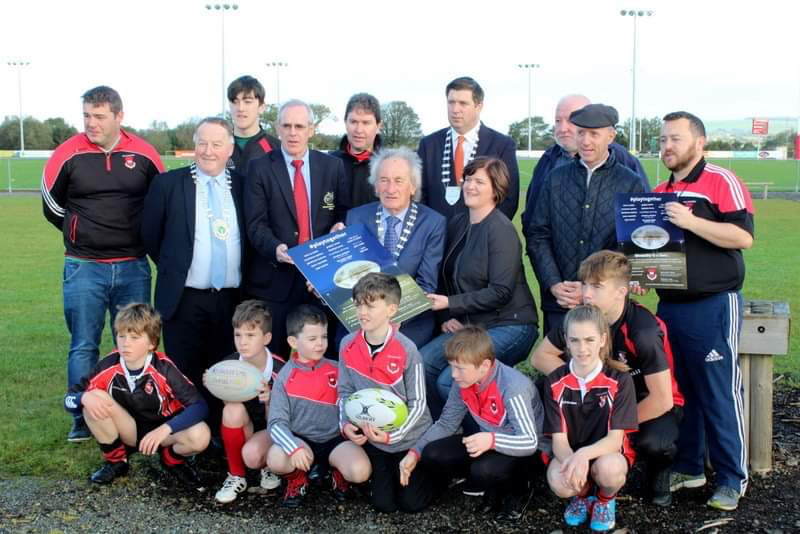 A new campaign in south west Munster is aimed and promoting more diversity and inclusivity in rugby.

Killarney RFC are taking an active stance on one of Irish Rugby’s core values and have launched a #PlayTogether initiative aimed at reaching out to immigrant communities in their region.

The Aghadoe club launched a poster drop with artwork in 14 different languages with the key message that:

“No matter where you were born, what language you speak or what culture you’re from – you’re always welcome at Killarney Rugby Club!”

Killarney unveiled their new campaign at an action-packed club day on Saturday October 12th. Munster Rugby President Michael Keane was in attendance along with local politicians and Mick Gleeson of KASI (Killarney Immigrant Support Centre) who officially received #PlayTogether posters on behalf of the organisation.

“There’s been a very positive reaction on the ground, which is great, but we’ve a long journey ahead,” said Killarney RFC Volunteer Coordinator Tom O’Leary. “Having the local politicians and media in attendance definitely generated a buzz and started moving the conversation a little.

After the launch, we had over 300 children out playing at minis, U14, U16 and U18.5 levels against teams from Rugby Chorca Dhuibhne, Tralee and Listowel. It shows the club is growing, but we want to grow in a way that also reflects our community as a whole.

We’re also delighted to have Sarah O’Donnell on board as we look to live the value of inclusivity right throughout the club.”

All levels of experience and ability are welcome. 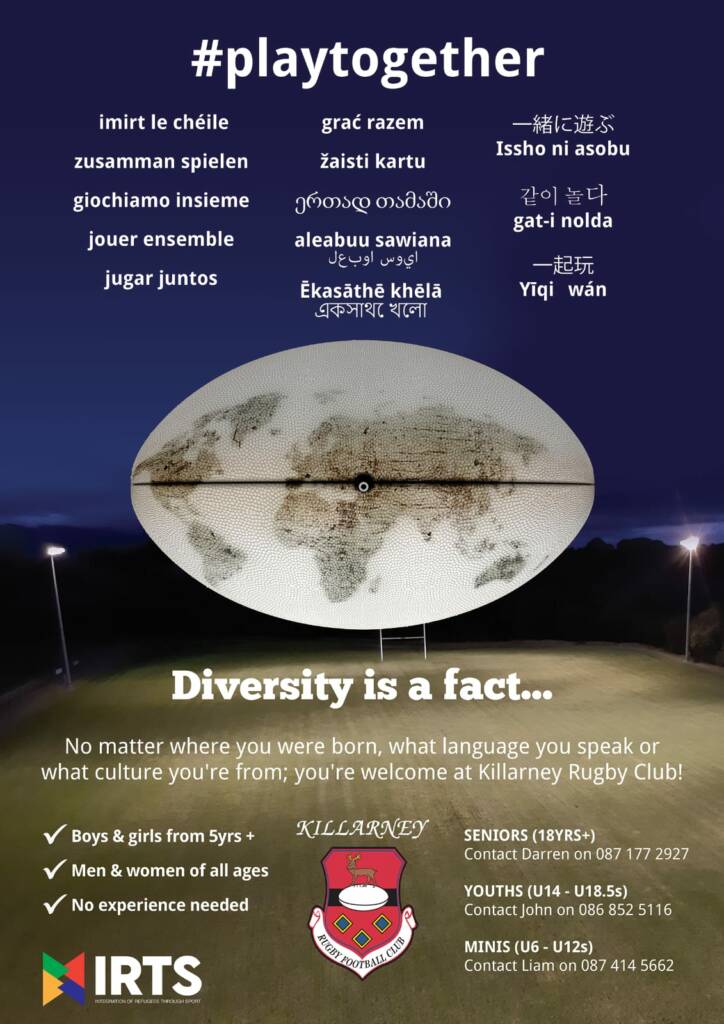