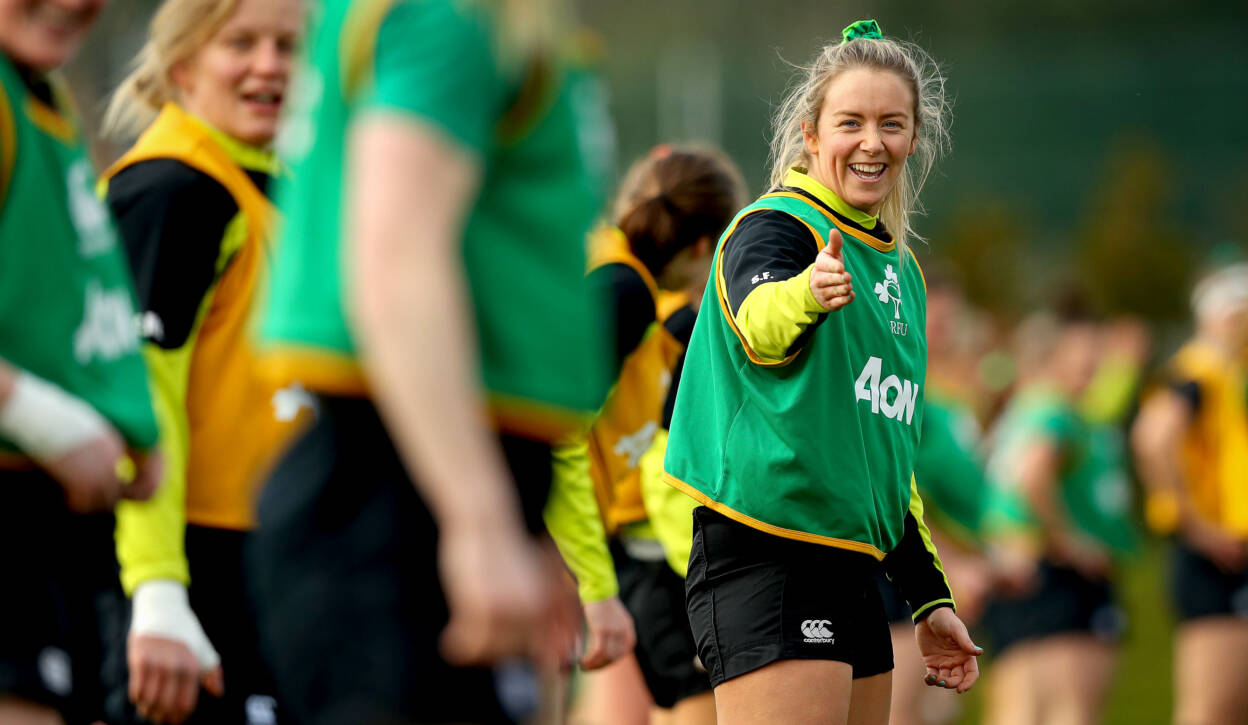 She’s been a household name on the HSBC World Rugby Sevens Series for a number of years, but Stacey Flood is now hoping to emulate her older sister, Kim, and become a dual Ireland international during the upcoming Women’s Six Nations.

Flood has been an integral and ever-present member of the Anthony Eddy‘s Ireland Sevens squad, impressing on the world stage with a series of skilful and impactful performances, and now the 24-year-old is aiming to make an impression on the 15-a-side game.

The Railway Union back has been training with the Ireland squad since October and has impressed Head Coach Adam Griggs as the group prepared for this weekend’s Six Nations opener against Wales.

Speaking to Irish Rugby TV at the IRFU High Performance Centre, Flood spoke of the ‘honour’ of being selected for the 35-player Six Nations squad and how she and the four other uncapped Sevens players have settled into the environment.