No one journey to the green jersey is the same, and the success of the IRFU’s IQ Rugby Programme in identifying and developing young talent has been an integral link of the IRFU High Performance Pathway in recent years. 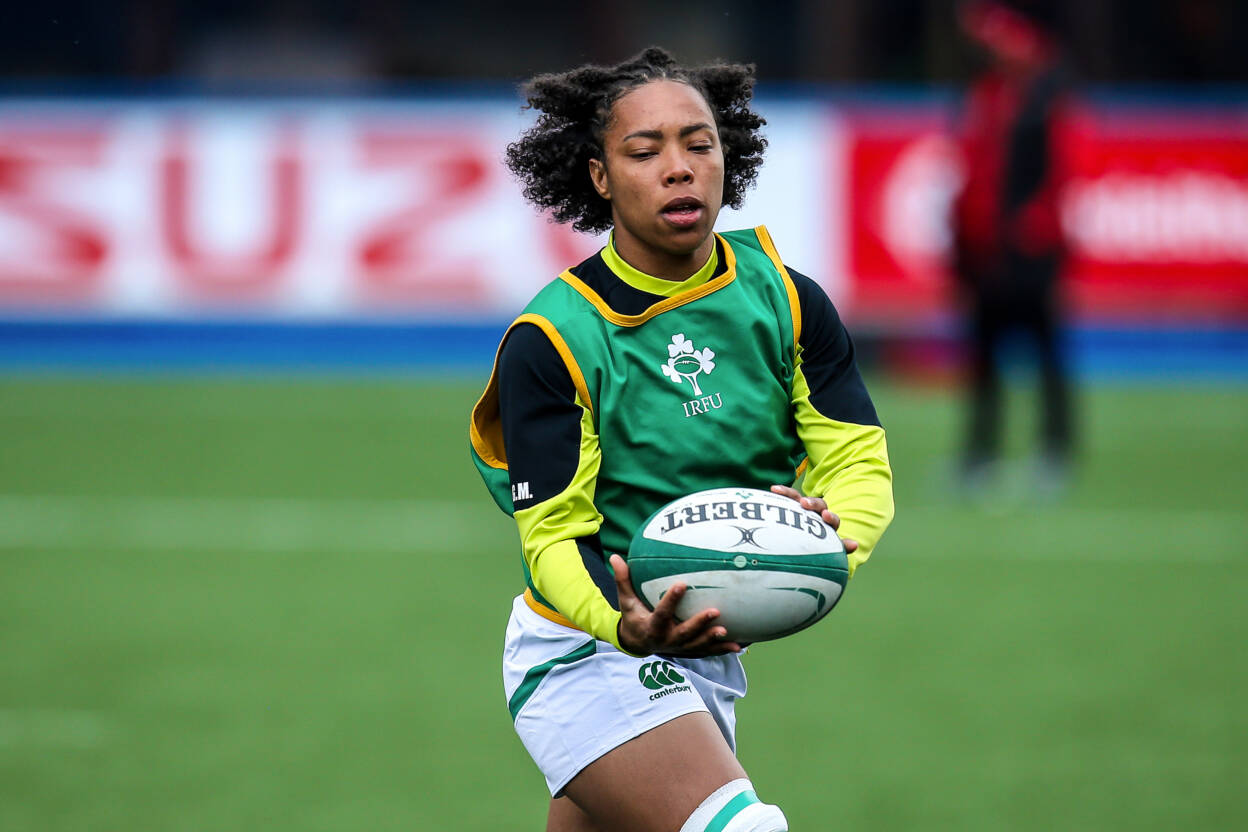 The exciting development of Grace Moore, who was last month named as one of five uncapped players in Ireland’s Women’s Six Nations squad, is first-hand evidence of the system in operation and how the IQ Rugby Programme continues to develop Irish Qualified athletes from outside of Ireland.

Born in London, Moore’s potential as an athletic and dynamic back row forward was identified through the IQ Programme and from there, the 24-year-old’s talent has been developed and honed by Anthony Eddy and the Ireland Women’s Sevens Programme.

Moore travelled to the Dubai Sevens in December 2019 with the Ireland Development Squad and her development has continued on an upward trajectory over the last 12 months despite the obvious disruptions caused by Covid-19.

Her recent call-up by Adam Griggs to the XVs squad having trained with the group since last October is testament to Moore’s hard work and tenacity, but also another strong example of how the IQ Programme continues to support Irish players along the Women’s Pathway.

“The IQ Programme has got me where I am today,” Moore, who plays for Railway Union RFC, tells IrishRugby.ie.

“My involvement with the XVs has come from being in with the Sevens and every camp, every moment and every opportunity has been absolutely amazing. It’s your dream as a rugby player to get to this international stage and have the opportunity to train with role models and be in this environment.”

Ireland Forwards Coach Steve McGinnis is one of three full-time IQ Rugby staff based in the UK, tasked with the identification and registration of IQ athletes, providing an important link to both Provincial and National Performance Pathways. Former Ireland international Kevin Maggs and Joe Lydon, Head of International Talent ID and Development, complete the IQ Rugby team.

“IQ is set up for the identification of Irish Qualified Athletes outside of Ireland to play rugby for or in Ireland,” McGinnis explains. In Grace’s case, she was identified early on through her Sevens competition and playing for Richmond at the time in the Women’s Premiership. We recognised that potential and felt we needed to get that potential over here to Ireland. Once she has been here, she has worked really hard and that hard work has paid off. 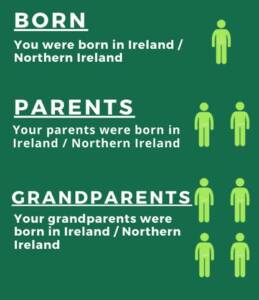 “My role Monday to Friday is that talent identification. There are three of us based in the UK full time. Myself, Kevin Maggs and Joe Lydon, who heads the programme, and we’re working across the Men’s and Women’s programme but having the connection with myself here with the Women’s team, it’s a direct link into the national squad.”