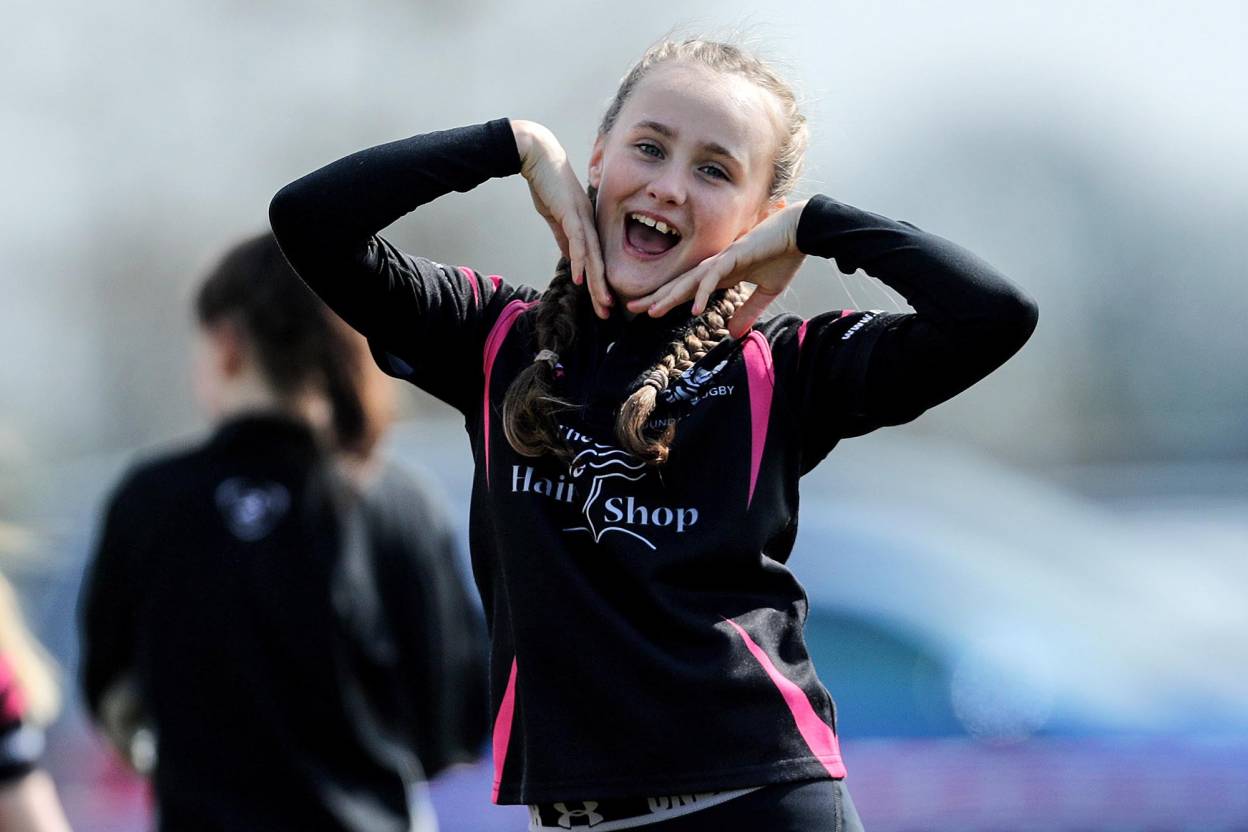 Over 20 clubs were represented at the Aviva Mini Rugby Under-10 and Under-12 Girls Festival at Cill Dara RFC. The #AvivaMinis event marked the first time ever an IRFU Festival for Under-10 girls has taken place.

Children from over 13 counties descended on the Kildare club for a day of fun and rugby. Ireland internationals Katie Fitzhenry and Aoife McDermott and were also on hand to meet players, take photos and sign autographs for the rising stars of Irish Rugby.

“It was great to see so many players from so many clubs come together,” said second row McDermott. “The grassroots of the sport is growing and it’s great to see girls playing rugby at such a young age. They all showed a love for the game today.

It’s a relatively new phenomenon. I didn’t have this kind of access to rugby when I was nine-years-old and there were hundreds of girls around that age playing today. It’s very inspiring.

“We were asked some really great questions too like, ‘what’s it like to wear the green jersey?’, and, ‘who would we see as our toughest opponents?’ We spoke a lot about training and the level of commitment and work that goes into to playing for Ireland. It shows that they have aspirations of playing at that level themselves some day.”

IRFU ‘Give It A Try’ – Is your daughter interested in having fun and learning new skills? Let her ‘give it a try’ this summer at a club near you – tap for details.