Niall Kenneally will captain the Ireland Club International squad for the 2019 series. The appointment was confirmed at the squad's penultimate training camp ahead of games against Scottish Clubs on Friday, February 1 and Friday, February 8. 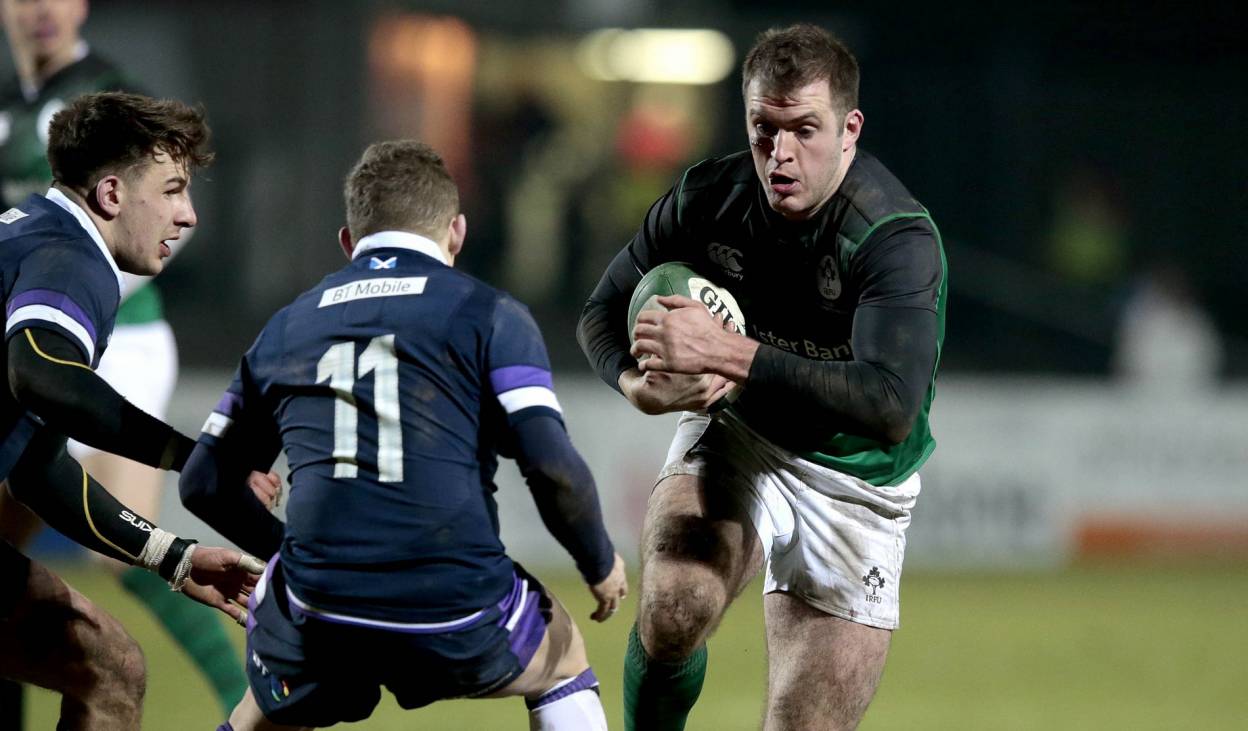 Niall Kenneally will captain the Ireland Club International squad for the 2019 series. The appointment was confirmed at the squad’s penultimate training camp ahead of games against Scottish Clubs on Friday, February 1 and Friday, February 8.

Kenneally made his Club International debut in 2018 and has captained current All-Ireland League Division 1A leaders Cork Constitution for the last few seasons, famously leading them to All-Ireland League, Bateman Cup and Munster Senior Cup glory in 2016/17.

“There’s loads of experience and leadership within this Ireland squad,” said the Sligo native. “There are guys who have more caps than I have and there’s guys there who have captained this side before. I’ll do my best to help galvanise the squad and lead by example where I can.”

Getting the Ireland Club XV group to gel as a group should not be a problem, according to Kenneally who noted: “We’ve a couple of comedians within the squad! They basically held me down once the captaincy was announced and tied a captain’s armband onto me with tape and a big ‘C’ done in permanent marker. They’re ruthless enough, but it’s good fun.

“Even from my experience last year, we really pulled together as a team. You’d be surprised in the short window how well you’d get to know guys and continue being friends with them throughout the year. That’s a nice part of the whole set-up as well.”

Scotland are the current holders of the Dalriada Cup, the trophy which goes to the side with the higher aggregate score over the two-match series. This year culminates at Energia Park on Friday, February 8. The Ireland Club XV are unbeaten at the Donnybrook stadium, but have not played there since 2010.

“This is a short little window we have to play rugby,” the Cork Con centre told Irish Rugby TV. “I turned 28 the other day. I still feel like I’m in my early 20s so you’d be surprised how fast the years go. I find, as I’m getting older, that I’m enjoying my rugby more and more.

“This is part of it. I thoroughly enjoyed the internationals last year. There’s a great group. A lot of these players you’re playing with – you’re rivals with them but you’ve great respect for them at the same time. They’d be the toughest competitors you’d play against during the year. It’s nice to park the rivalry for a couple of weeks and put on the green jersey and go into battle.”