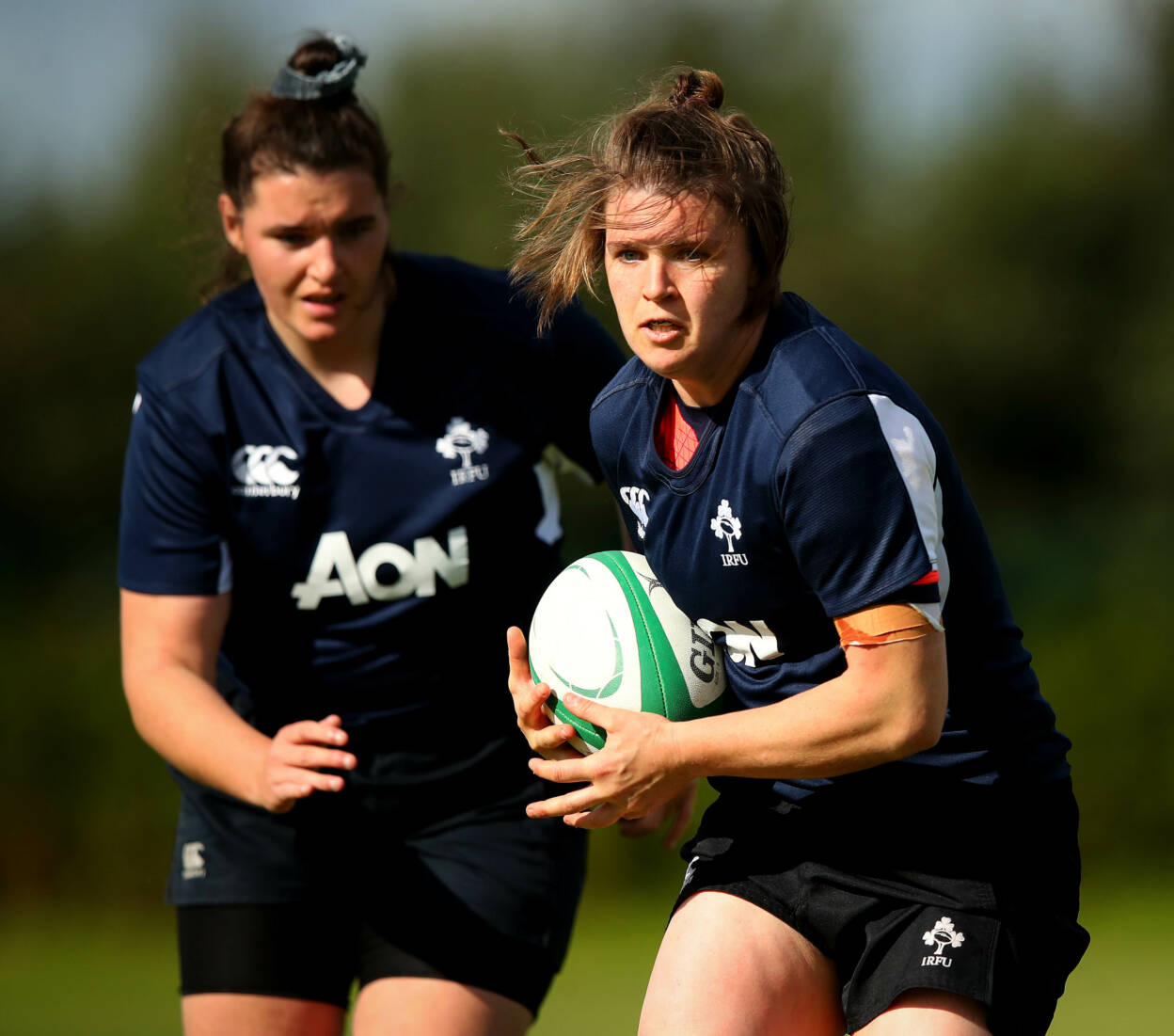 The Ireland squad were back in camp at the IRFU High Performance Centre on Saturday as they step up preparations for the re-scheduled Women’s Six Nations games against Italy and France later this month.

Head Coach Adam Griggs assembled another extended panel of players to build towards the visit of Italy to Energia Park on Sunday 25th October (Kick-off 1pm), with the competition for places within the squad driving intensity levels during back-to-back pitch sessions.

With just three weekends until the 2020 Championship resumes and Ireland’s busy Autumn schedule gets underway, the serious business starts here for Griggs’ side.

Speaking to Irish Rugby TV, captain Ciara Griffin said: “There is a great intensity and all the girls are chomping at the bit to be back and we all want to put our hand up for selection. Every jersey is up for grabs so everyone is putting it in in training, which is what we need because we need to be pushing. We need to get the preparation right and it’s going well so far.”

Ireland return to action against Italy in Round 4 before concluding their Six Nations campaign in Lille against France on Saturday 31st October (Kick-off 1.30pm). Attention will then turn to December’s Rugby World Cup 2021 European Qualifiers, as Griffin and her team-mates bid to book their ticket to New Zealand.