It's an exciting time for rugby clubs as they welcome back returning players and members, but it's also an opportunity for new players to take up rugby at all levels of the game. Irish Rugby TV went to Randalstown RFC to meet Shona Sullivan, a lifelong rugby fan who is taking up the sport for the first time. 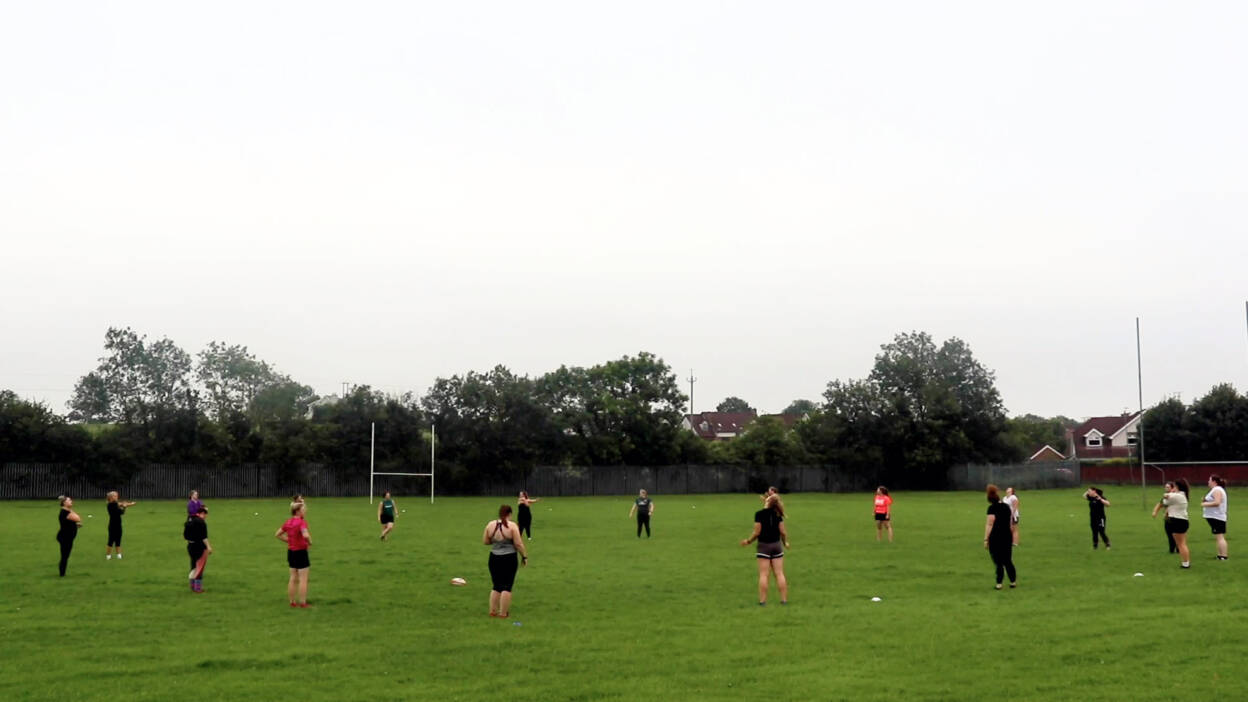 “It’s been fantastic,” she said. “I’ve been mad about rugby for close to 20 years and it’s always been in the back of my head to give rugby a go but I’ve never had the courage to go along and give it a try.”

Shona has a few training sessions under her belt and says there’s no looking back, but the welcome and support she received in those early days were absolutely vital.

“On the first week, Nicola the captain took me under her wing and said ‘Right, you’re with me.’ She kept me right on the first week. I needn’t have been nervous because they were so welcoming and the girls here were so encouraging. I feel like a part of that team already.”

Randalstown are just one of many clubs recruiting for the 2021/22 season. Women’s Head Coach John Kennedy believes it’s the willingness of players to share their positive experience that is helping attract new members.

“That’s where we’re getting a lot of our new players –  positive word of mouth and guys just having fun and enjoying themselves,” he told IrishRugby.ie. “At the end of the day at this level of rugby, that’s what it’s all about.”

“What we’re trying to do is basically just cater for everybody. It’s down to the number of qualified coaches. Those that are a bit earlier on their rugby journey are taken off themselves and are unskilled on the more basic rugby knowledge.”

Shona has one piece of advice for anyone considering getting involved with their local rugby club at any age.

“If it’s something that you have in the back of your head, just give it a go. I’d be very surprised if you didn’t love it. I’m so glad that I did and my only regret is that I didn’t do it sooner.”

We also got a special delivery from @UlsterBranch with our #URgame kit!#URgame supports clubs and schools in Ulster to make a safe, fun and graduated return to rugby activity in ways that work for them, as COVID-19 restrictions ease pic.twitter.com/vc5SNugscI

If you’d like to get involved with Randalstown RFC, pop them a message @RandalstownRFC on Twitter or Instagram and someone from the team will get in touch.