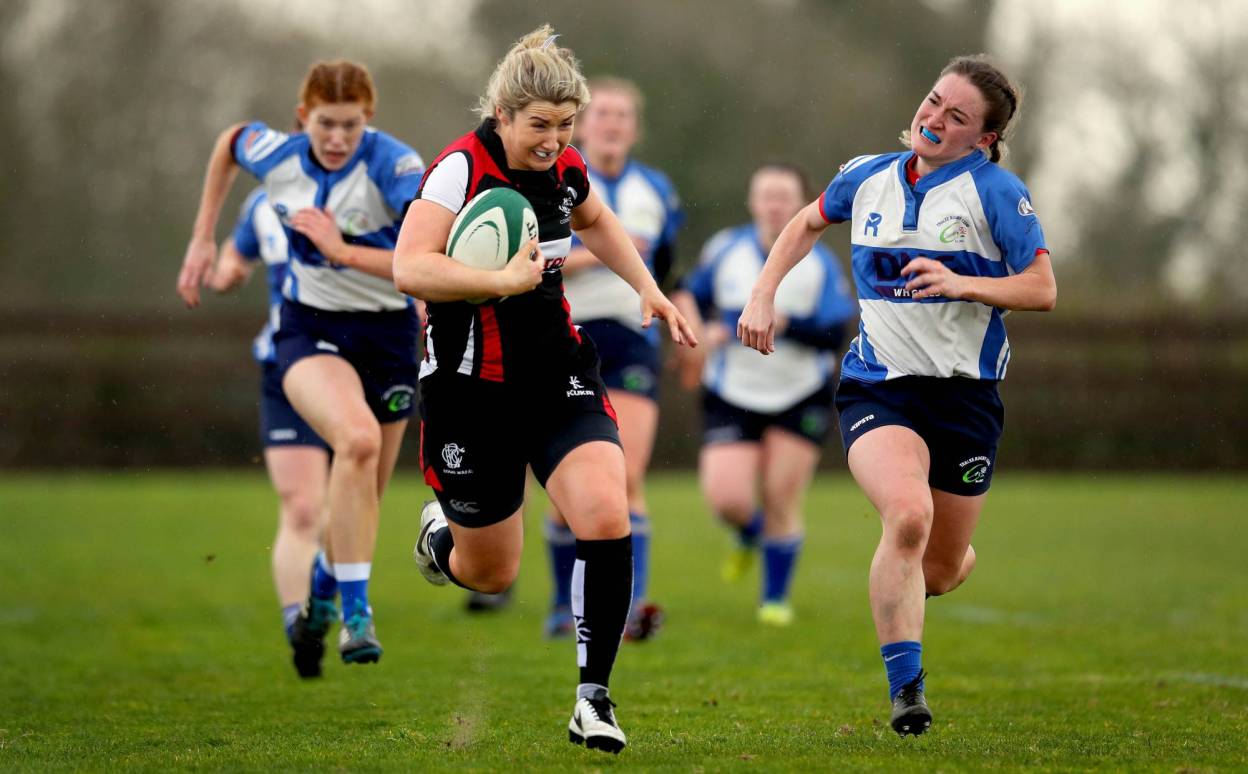 Plate finalists Old Belvedere and Railway Union provide one nominee each, as ‘Belvo prop Alice O’Dowd gets the nod for her rampaging finish in the right corner after a deft initial offload from Nora Stapleton to set the attack in motion. Flying Railway winger Stephanie Carroll scored another cracker in the same corner via neat passing from Meg Kendal, Claire Keohane and Katelyn Faust.

Cooke have two tries shortlisted from their exciting 22-20 league victory over St. Mary’s at Shaw’s Bridge. Former international Eliza Downey showed some brilliant pace and footwork from her own 10-metre line, while fellow Ireland-capped player Ilse van Staden used a series of powerful hand-offs to score a superb individual try from closer in.

Clubs who wish to enter tries scored in the month of April must post a video of the try to their social media channels using #AILWomensTry. A copy of the video must also be emailed via WeTransfer to domesticmedia@irfu.ie.