Ireland Head Coach Andy Farrell held his first press conference of the November window at the IRFU High Performance Centre on Thursday. The Ireland squad assembled at their Carton House base earlier this week and are laying the foundations for the Autumn Nations Series ahead, with Japan, New Zealand and Argentina all visiting Aviva Stadium next month. 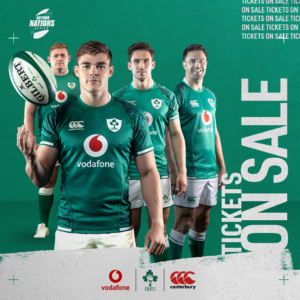 Farrell spoke about the importance of the three games ahead, the excitement of having supporters back at Aviva Stadium and the challenges Japan are set to pose when they visit Dublin on Saturday, 6th November (Kick-off 1pm).

“We’ve got massive respect for Japan and how they play the game,” Farrell said.

“They’ve got threats all over the field and we love playing against Japan. They’ve been together for a couple of weeks and had a hit-out against Australia, so we know the challenges there.

“The following week, in my opinion, we’ve got the world’s best team coming to the Aviva. Argentina have been playing away for five months and we know how physical and abrasive and emotional that game is going to be. This is perfect for us.”