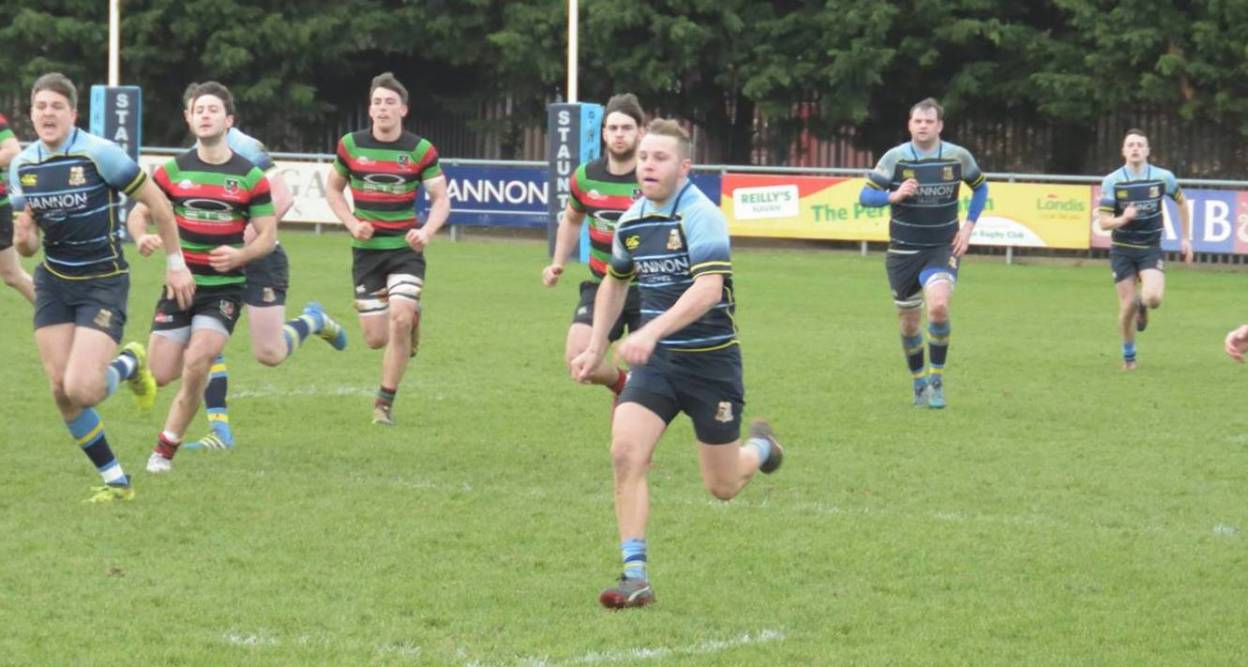 February’s winner of the #AILTry of the Month award has been revealed. Navan have won with their first submission of the season as the award goes to their flying full-back Paddy Fox for his superb solo 46th-minute effort against Division 2A winners Highfield.

At Balreask Old on Saturday, February 23, a quick tap moved possession wide where Fox kicked downfield from inside his own 10-metre line, hoovering up the ground on the chase and side-footing the ball on from the edge of the Highfield 22 before winning the race to the touchdown.

Division 2A of the All-Ireland League has produced some very entertaining rugby this season with two of the previous #AILTry of the Month awards going to Old Crescent and Highfield.

Submissions remain open for the March #AILTry award until this Friday (April 12).

Clubs who wish to enter tries scored in the month of March must post a video of the try to their social media channels using #AILTry. A copy of the video must also be emailed via WeTransfer to domesticmedia@irfu.ie.