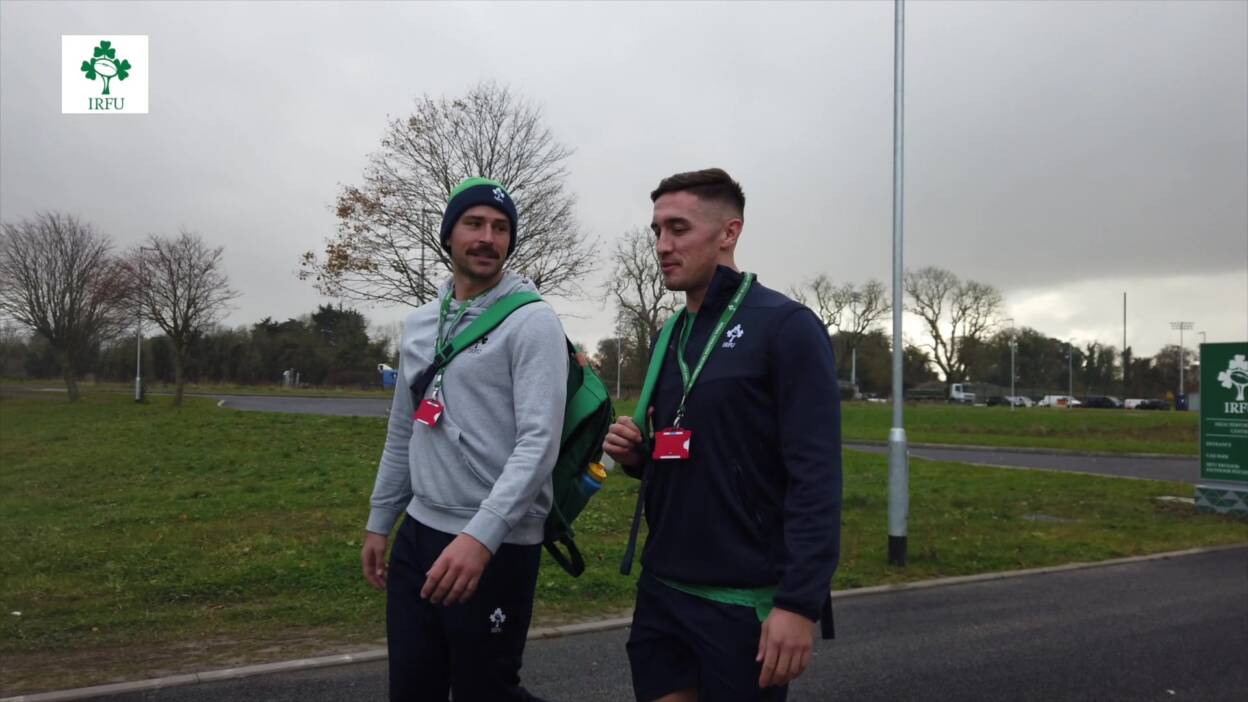 The journey from those initial recruitment days in Santry and the lower echelons of European Sevens rugby to the HSBC World Rugby Sevens Series has been relatively short in terms of time, but the Ireland Men’s Sevens team have worked ferociously hard for the last four years to rise through the ranks.

Now, less than two weeks out from joining the top table of Sevens rugby, Anthony Eddy‘s side are busy fine-tuning preparations for their debut appearance as a World Series core team in Dubai from December 5 to 7.

In a special Irish Rugby TV feature, Ireland Sevens internationals Greg O’Shea and Harry McNulty bring us inside the team camp at the IRFU High Performance Centre in Blanchardstown to provide an unprecedented insight into the Sevens programme.

From player monitoring and bulletproof, to an intense pitch session at the Sport Ireland Campus, O’Shea and McNulty chart their training day under the guidance of IRFU Director of Sevens and Women’s Rugby Eddy and the Sevens coaching and medical staff.

“There have been so many lads who have played in the last four years to get us here,” O’Shea, who made his Ireland Sevens debut in 2017 and has won 13 caps, says.

“There are loads of guys who have worked towards this and we’re the lucky ones who get to be in here.”

Having made four appearances on the World Series as an invitational side, including a memorable third-place finish at the London Sevens in 2018, Ireland secured qualification as a core team in Hong Kong last April.

McNulty was one of five players, alongside Ian Fitzpatrick, Terry Kennedy, Foster Horan and Mark Roche, named in the original Men’s Sevens panel back in 2015 by Eddy and IRFU Performance Director David Nucifora.

He has been an ever-present since, winning 23 caps for Ireland, and is set to play a big role for Eddy’s side when they embark on their maiden World Series campaign, which will hopefully provide a springboard for next June’s World Rugby Olympic Repechage tournament.

“Now we have a facility we can call our own,” McNulty says of the team’s home at the IRFU Performance Centre. “It’s pretty busy, we work hard for the four days and then on Wednesdays we get our day off.

We have all the facilities we need. We have our gym here, we have an indoor pitch and two beautiful pitches outside as well. It’s a one and all facility.

Ireland Men will open their World Series season alongside the Ireland Women in Dubai in what will be a momentous week for Irish Sevens rugby, before both teams travel to Cape Town for the second part of the December double-header.

On Wednesday, Irish Rugby TV will go inside the Ireland Women’s Sevens programme in the second ‘A Day In The Life’ feature with Emily Lane and Megan Burns.