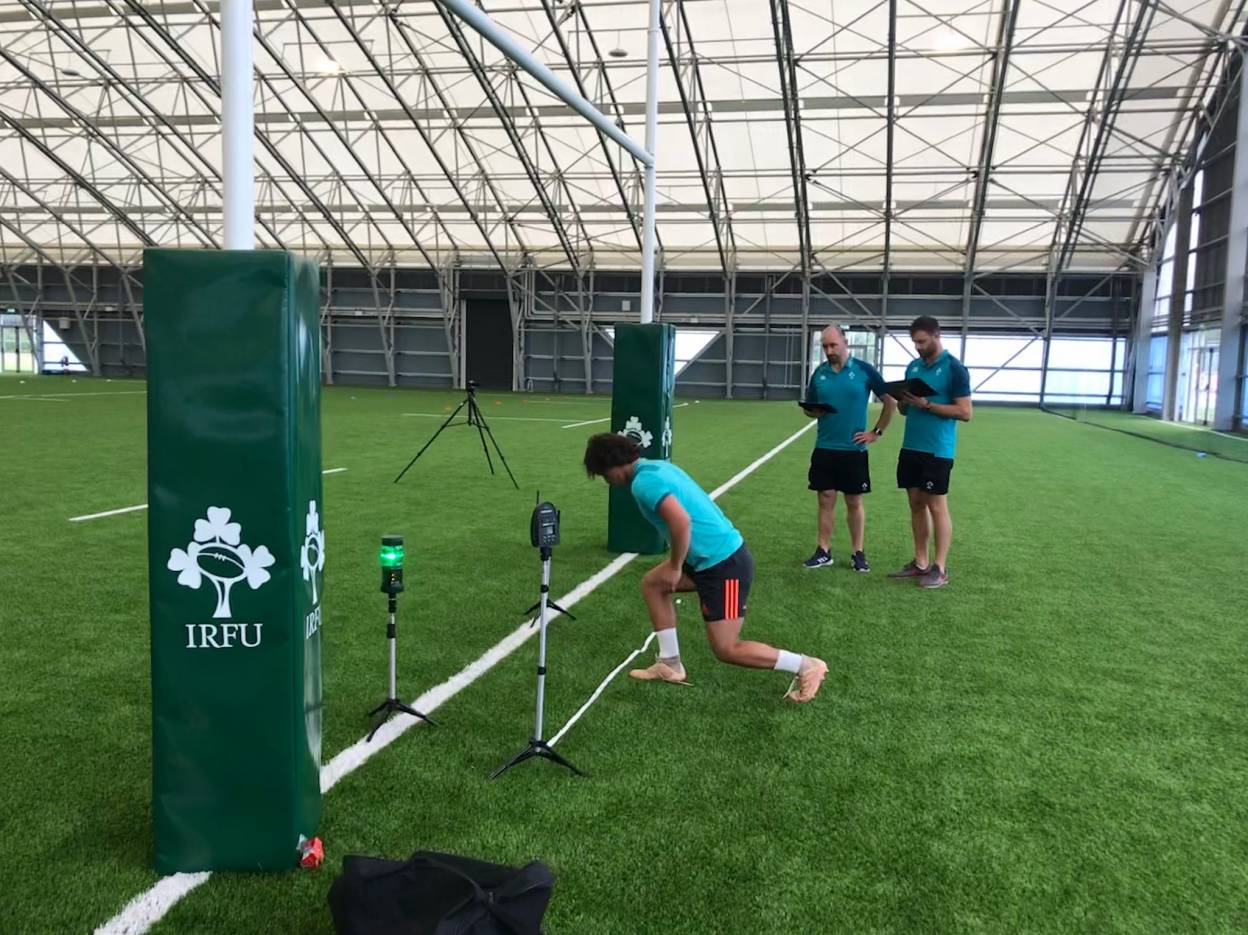 The National Talent Squad helps to identify and support players and integrate them into provincial and international squads as they develop.

Players from all four provincial sides were assessed and benchmarked in areas such as mobility, power and endurance as all four Provincial set ups and the IRFU pooled their knowledge on player development.

In recent weeks the Ireland Men’s and Women’s squads have trained at the High-Performance Centre while the IRFU Sevens squads are based there permanently.

It’s really important to look at how well the players are moving; how stable they are, how mobile and how flexible they are. Then we move into more performance type tests to get a sense of their power, speed, strength and endurance.