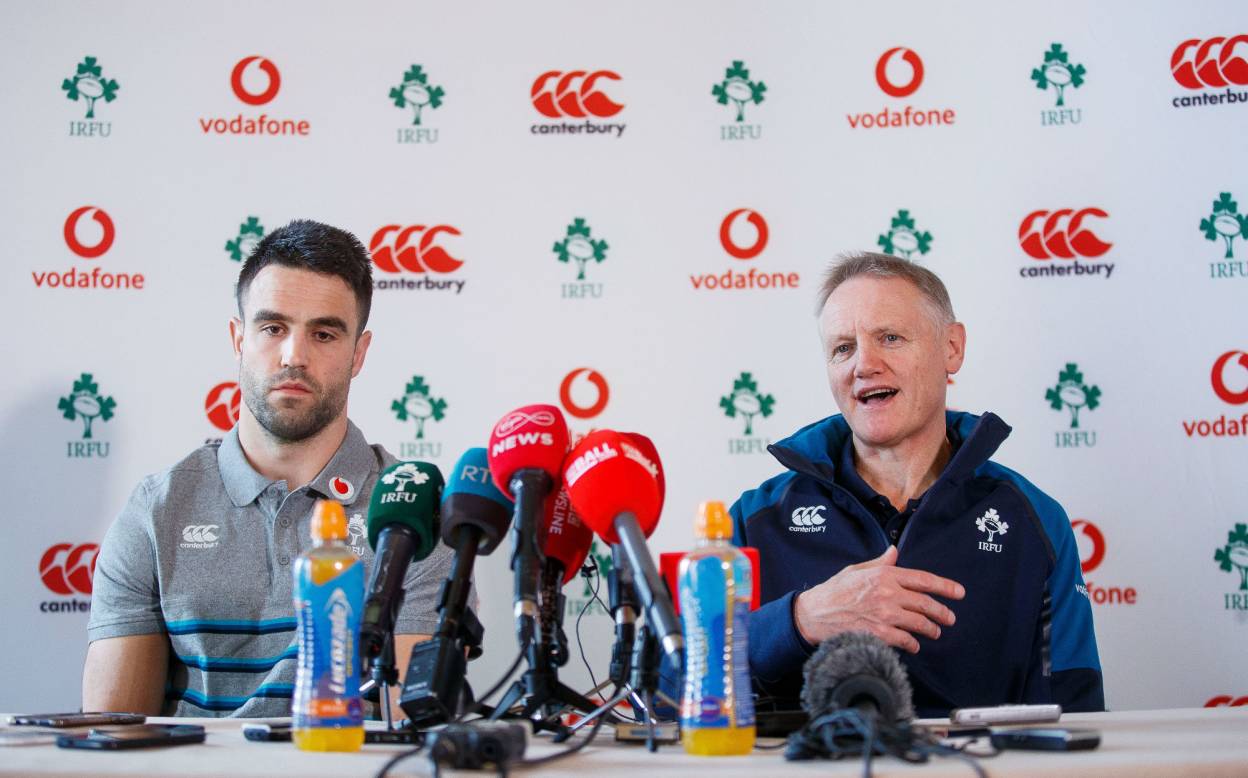 Four of Ireland’s five personnel changes for Saturday’s Guinness Six Nations clash with Scotland are injury-enforced. Head coach Joe Schmidt revealed the team line-up and spoke to the media at Carton House today, joined at the top table by scrum half Conor Murray.

Commenting on some of the changes for the game in Edinburgh, Schmidt said: “Robbie Henshaw’s unavailable, he’s got a dead leg and it hasn’t recovered sufficiently. But it’s a pretty exciting opportunity to give Chris Farrell the chance to play against Scotland. He stepped in only once last year, got man-of-the-match, and he’s a guy that’s coming back to form after the long lay-off that he’s had.

“Quinn Roux will share the lineout calling, probably with Pete (O’Mahony). There’s a fair bit of experience with Pete but Quinn came on and did it when he replaced Dev (Toner) (last week), and he’s done it for us a lot in training and he’s done it a lot in Connacht this year. It’s a fantastic opportunity for guys to try to transition in as seamlessly as possible.”