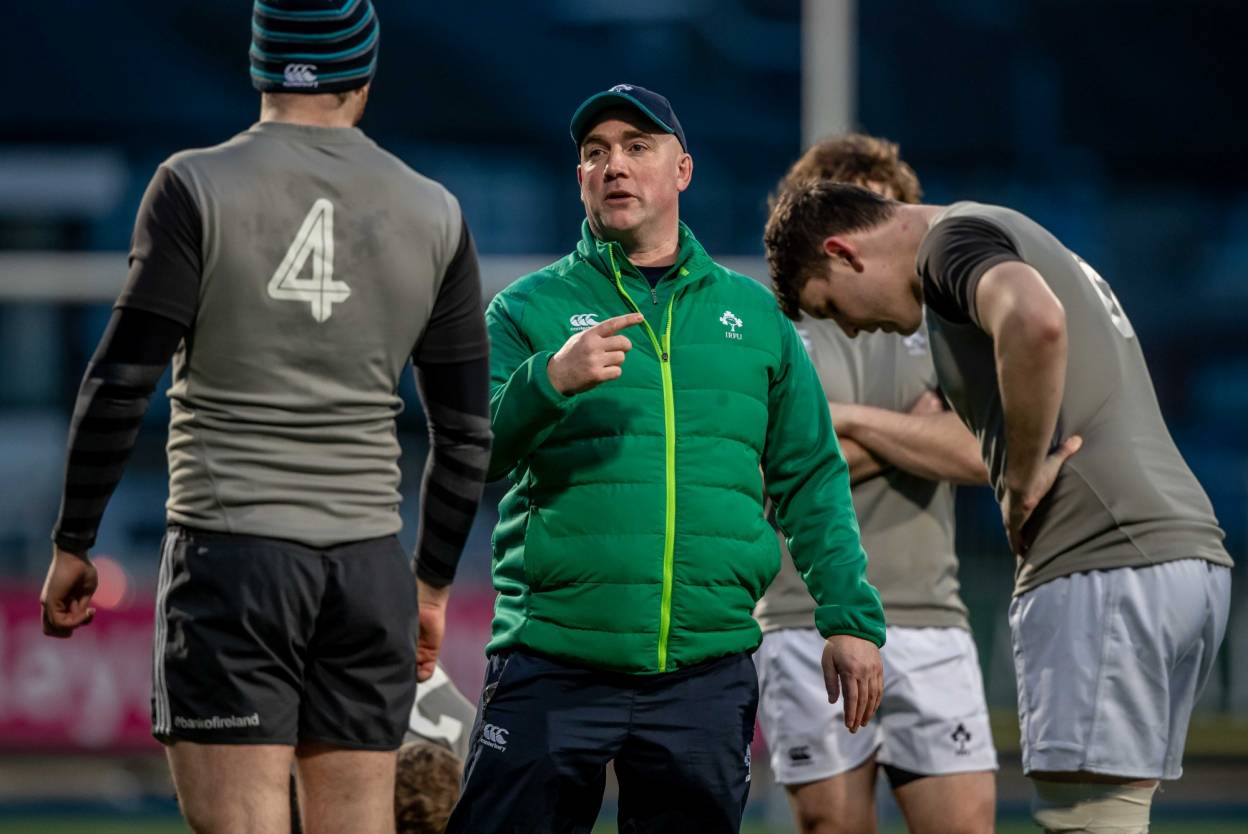 Ireland Club XV head coach Morgan Lennon is hopeful that a bumper crowd will help his side on the way to winning the Dalriada Cup for the first time in five years. Both the Ireland and Scotland squads trained at Energia Park ahead of Friday night’s decider (kick-off 7.30pm).

There are no fresh injury concerns for the 23-man Ireland Club XV squad announced on Wednesday. “It’s a Captain’s Run, so you do very little,” said Lennon, whose side won 23-9 at Netherdale last week, told Irish Rugby TV. “They’re ready. They know what’s at stake.

“You don’t get an opportunity to win silverware with your club all that often, let alone with your country. The players are really looking forward to pushing hard tomorrow night and trying to get the job done.”