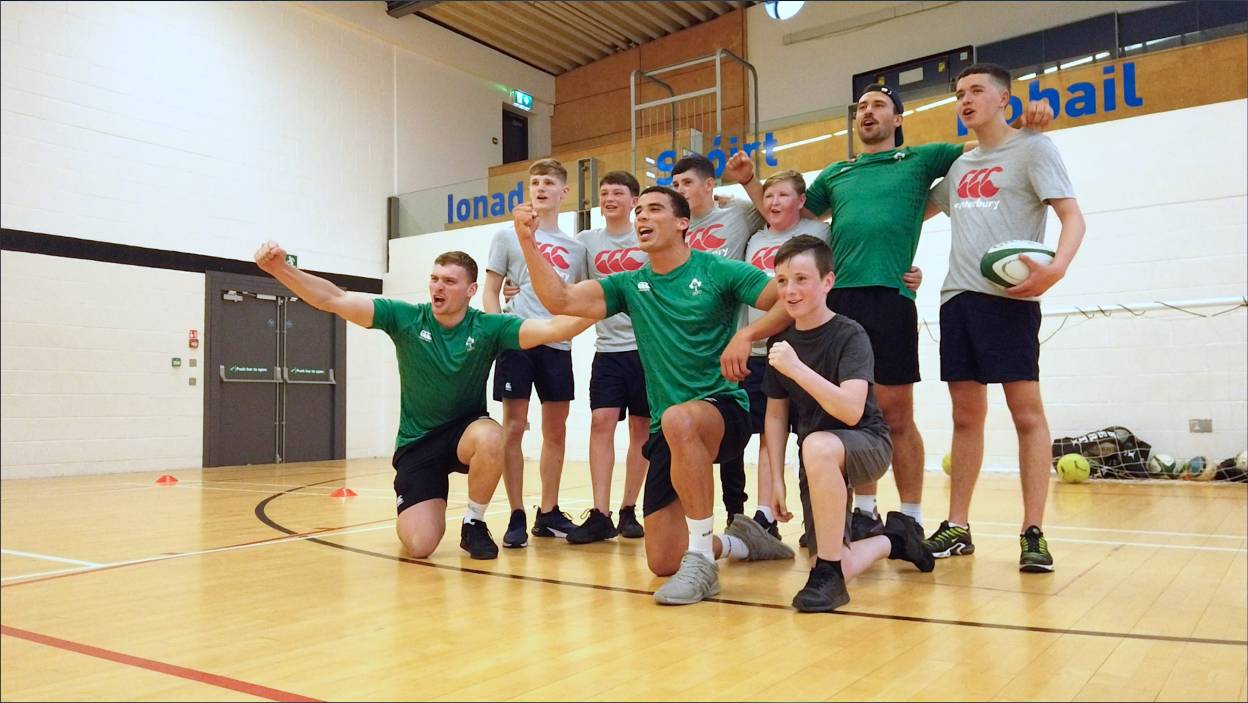 The Ireland Men’s Sevens squad, who recently qualified for the World Series, have created a Sevens rugby and mental well-being course in partnership with Jigsaw for teenage boys in four Youth Centres across Dublin.

The programme called #GoingforGold7s, reflects the journey that the Ireland men are on as they strive to qualify for the 2020 Olympics in Tokyo. The programme delivers a six-week Sevens rugby introductory course run in tandem with complimentary mental well-being modules delivered by Jigsaw.

The project was created by the Ireland Men’s Sevens squad, one of whom, John O’Donnell, is coordinating its delivery with Jigsaw and the Youth Centres with his team-mates coaching across the four centres. John said:

We wanted to create something that would expose young people from non-traditional rugby communities to Sevens rugby and the demands of life as a professional athlete. We also identified mental well-being as an area that is not only closely tied to sport but is invaluable to young people at this time in their lives.

“We have partnered with Jigsaw and designed an integrated programme where what we do in training is reflective of the modules that are delivered on mental well-being.

“The programme has been up and running for a few weeks and has been really enjoyable. The kids are so enthusiastic and you can see them grow over the weeks as they gain in confidence.”