Clontarf scrum half Angus Lloyd is pictured as his opposite number, UCD's Michael Moloney, prepares to feed the ball into a scrum ©INPHO/Evan Treacy

Energia All-Ireland League Men’s Division 1A champions Clontarf began their reign with a hard-fought 24-19 victory despite UCD’s valiant efforts in this first round tussle.

Clontarf’s talismanic captain Matt D’Arcy led from the front, setting up his centre partner Michael Courtney for a second half try before Dylan Donnellan, last season’s top scorer, touched down to secure the bonus point.

It was a back-and-forth affair during the opening 40 minutes. Mark Fleming and Sean O’Brien both crossing the whitewash for UCD, with front rowers Donnellan and Ivan Soroka replying for the visitors.

There were plenty of positives for the students, who trailed 14-12 at half-time, to take away from the contest. There were impressive performances from Chris Cosgrave and David Ryan, in particular. But, it was the title holders who just did enough on the day.

Andy Wood’s charges began the new campaign with a trip across the Liffey to face an always youthful and ambitious UCD side. The ‘Tarf line-up included a dozen players who started the final against Terenure College just five months ago. 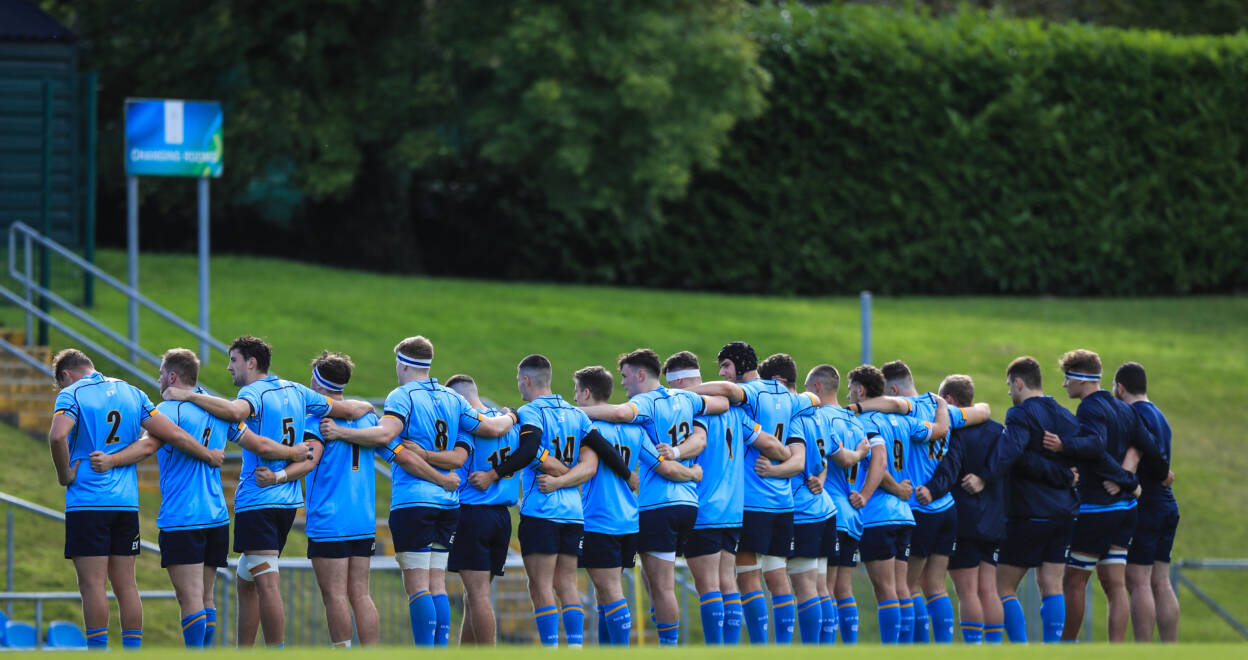 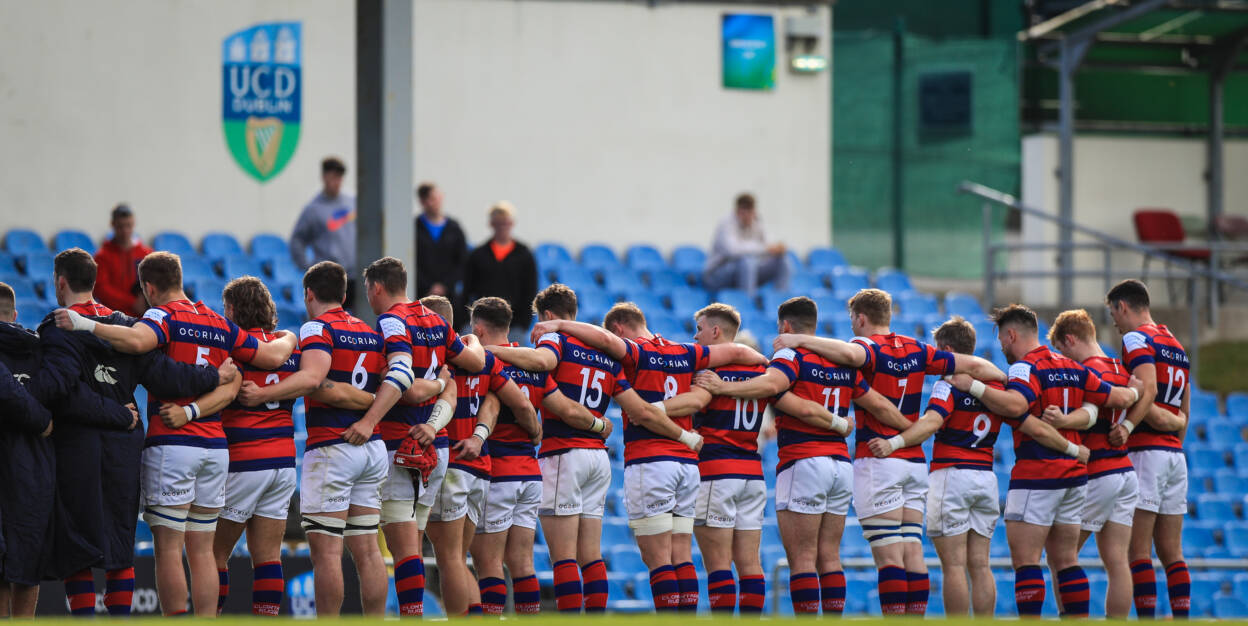 A minute’s silence was observed before the start of this Dublin derby to mark the death of Brian Mullins, the long-serving UCD Director of Sport and Clontarf native and former player.

The hosts started with intent. Tim Corkery missed an early penalty but just a couple of minutes later, they earned a penalty in a promising position and went for the corner.

On the doorstep of the ‘Tarf try-line, captain Bobby Sheehan’s crafty lineout caught their opponents off guard when number 8 Fleming took the ball right at the front to go over in the ninth minute.

Clontarf were always going to react to going behind early. When they finally got some territory, they made it count, piling the pressure on the home defence. Their pack almost got them over, but the ball was deemed to be held up. 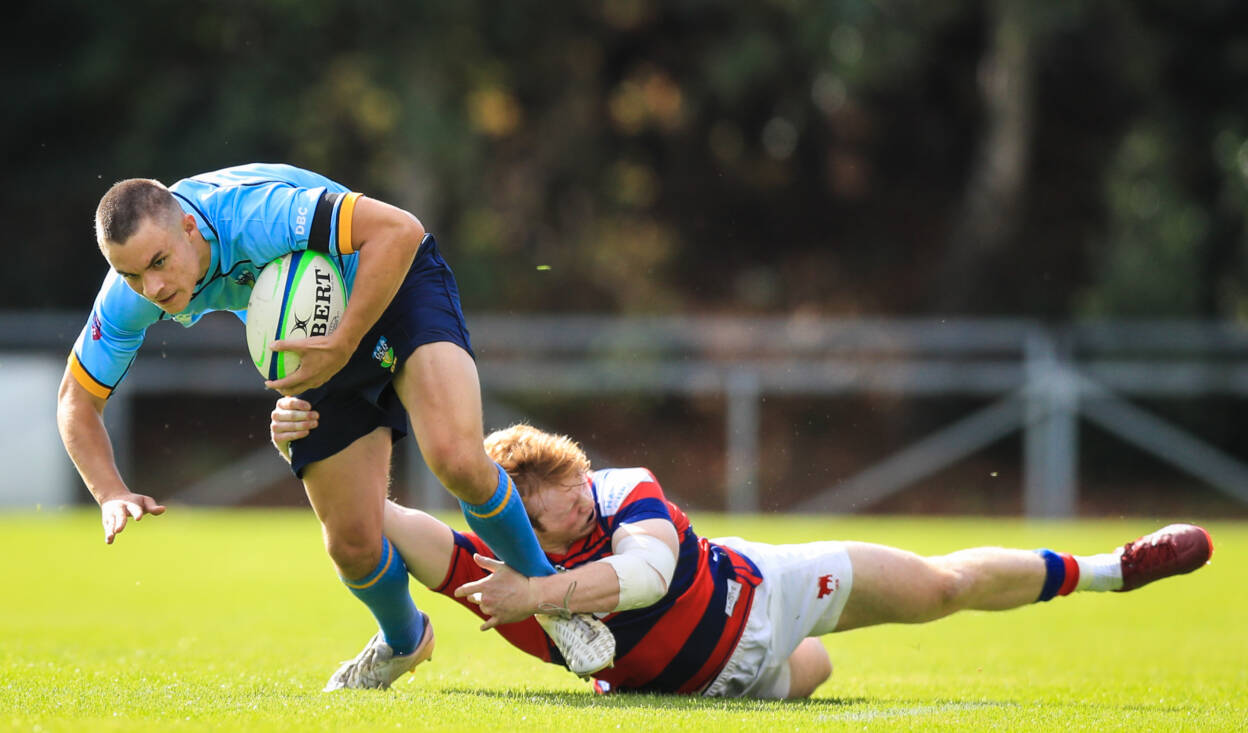 However, they notched their first try of the season not long after. It came from a 15th-minute lineout maul and hooker Donnellan shows his predatory instincts when the line came within reach. Conor Kelly’s conversion made it 7-5.

It was a very competitive first 40 minutes with both teams enjoying purple pitches. The lead exchanged hands a couple more times before the break. Leinster Academy back rower O’Brien barrelled over to score straight from a scrum.

The home advantage did not last long. After working their way back into the right areas of the pitch, a strong Soroka carry took ‘Tarf over the whitewash. Kelly restored their lead with a nicely-struck conversion, giving them a two-point cushion at the interval.

D’Arcy, who is beginning his 10th AIL season with Clontarf, burst into life early after the restart. After a perfect set piece play, he made a beautiful break before laying off for Courtney to finish off the attack to the right of the posts.

Despite losing Cormac Daly to a yellow card for taking out scrum half Michael Moloney during a pacy UCD attack, the three-time league champions did not concede a score.

They also lost young winger Hugh Cooney to the bin as College pressed for an elusive third try. Instead, ‘Tarf rebounded to score again on the hour mark. A smart kick from full-back Tadhg Bird landed UCD back in their own 22. 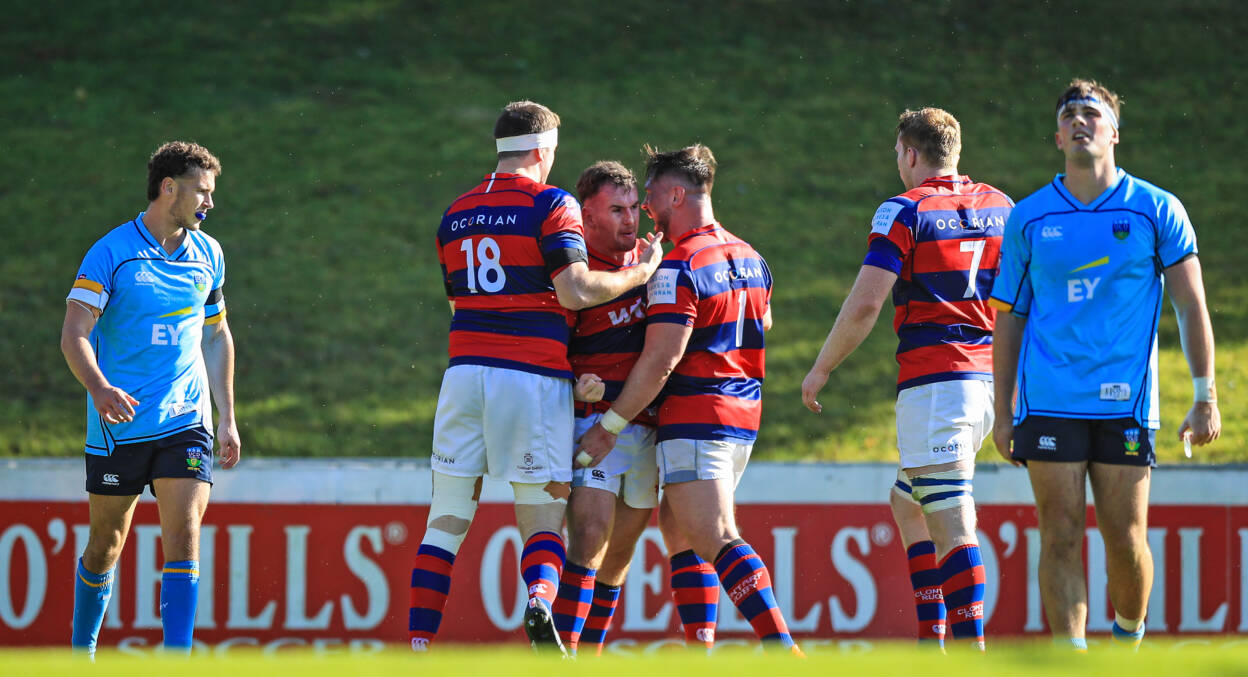 The students’ lineout misfired, the ball going out the back where Donnellan gobbled it up and swatted away two tackles to complete his brace. It was now a double-scores lead at 24-12.

To their credit, Kevin Croke’s youngsters put in a stirring last quarter. They played some stylish rugby throughout, out half Corkery, centre Ryan and left winger Cosgrave all having an impact on the game.

In the 69th minute, they were rewarded for their efforts. Cosgrave caught Angus Lloyd’s box kick. The ball then made it way across to Dylan O’Grady who collected his own chip kick before passing back inside for Ryan to raid in behind the posts.

Corkery knocked over the simple conversion, setting up a grandstand finish with just five points in it. Kelly sent a penalty wide in response, and despite UCD throwing the kitchen sink at it, ‘Tarf held firm to take home the full five points. 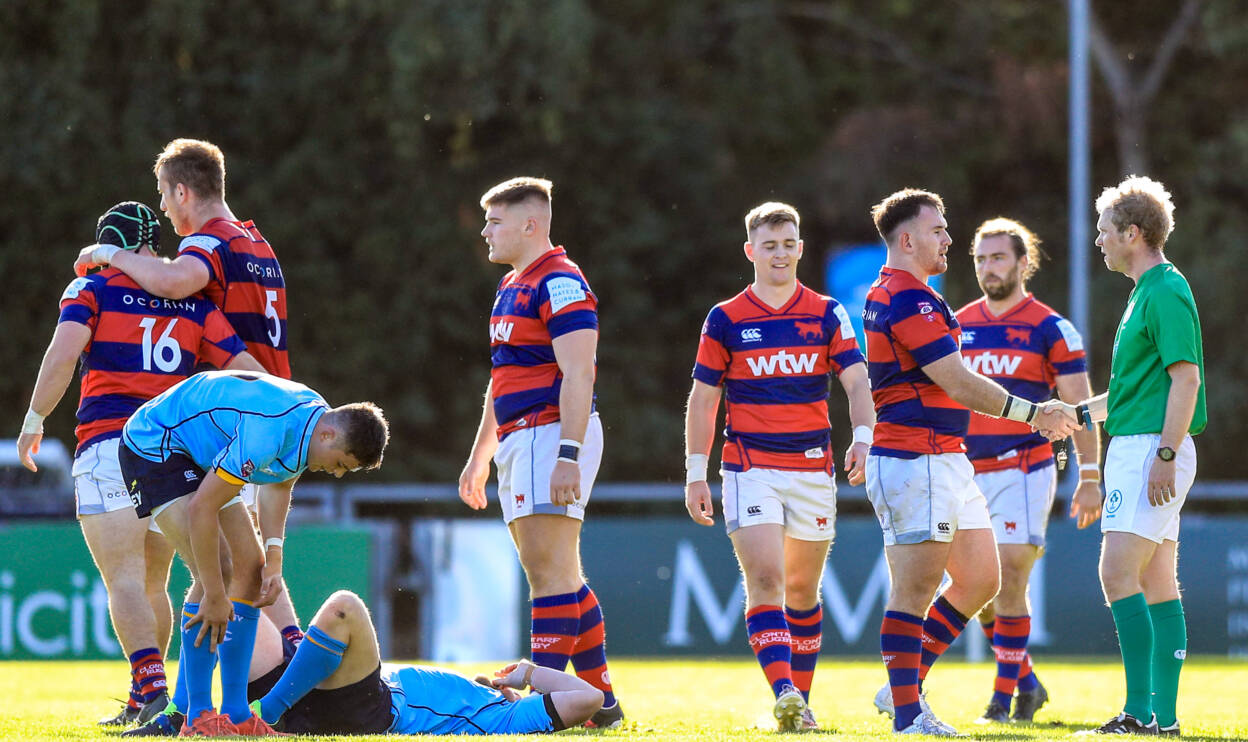