The Emerging Ireland squad that will compete in the Toyota Challenge in Bloemfontein over the next two weeks features a host of players that have starred for Ireland at underage level and on the world stage for the Ireland Sevens team.

Fourteen players were part of the IRFU’s National Talent Squad programme and the majority have already made a breakthrough at senior level for their provinces.

Max Deegan was named Player of the Tournament after helping the Ireland Under-20s to the final of the 2016 World Rugby U-20 Championship. He was capped by Ireland against Wales in the 2020 Six Nations, and despite some serious injury setbacks, he has amassed 85 senior caps for Leinster.

Shane Daly has two caps for Ireland, making his senior debut against Georgia in the 2020 Autumn Nations Cup. A former Ireland Sevens international, he has 49 senior caps for Munster.

Robert Baloucoune is another former Ireland Sevens international who has two Test caps having made his debut against the USA in July 2021. The winger has 47 senior caps for Ulster.

Ahead of their departure for South Africa, the #EmergingIreland squad completed their three-day camp in Dublin with a visit to Clontarf Baths 🏊‍♂️#TeamOfUs | #IrishRugby pic.twitter.com/y2Ne3NE6tc

Cian Prendergast played in both games against the Māori All Blacks during the summer. He played for the Ireland Under-20s in 2020 and has made 32 senior appearances for Connacht.

Joe McCarthy also played in both fixtures against the Māori All Blacks on the 2022 New Zealand tour and played at Ireland U-20 level with Prendergast in 2020. The second row has made 13 senior appearances for Leinster. 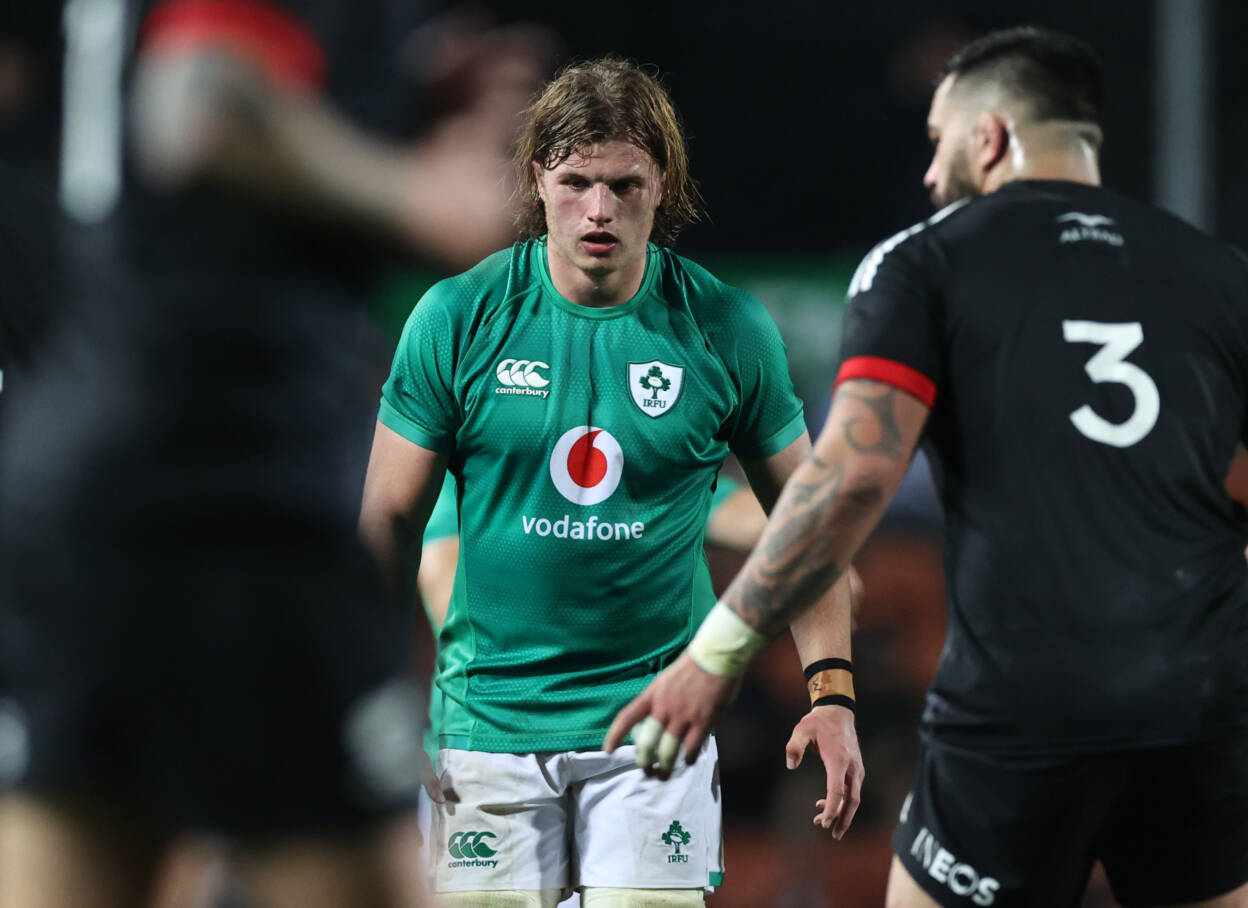 Both Tom Ahern and Jamie Osborne trained with the Ireland squad as development players ahead of the 2021 Autumn Nations Series. Ahern was an Ireland Under-20 international in 2019 and 2020, missing the Grand Slam campaign through injury. He has made 21 senior appearances for Munster

Osborne represented the Ireland Under-20s in 2021 but had already made his senior Leinster debut at that stage. He has made 20 senior appearances for Leinster.

Stewart Moore, Calvin Nash and Diarmuid Barron have all established themselves as senior provincial players. All three have represented Ireland at World Rugby U-20 Championship level.

Since making his senior debut for Ulster in December 2019, Moore has accumulated 32 senior appearances. Nash has played 38 senior games for Munster, while Barron has 36 senior Munster caps. 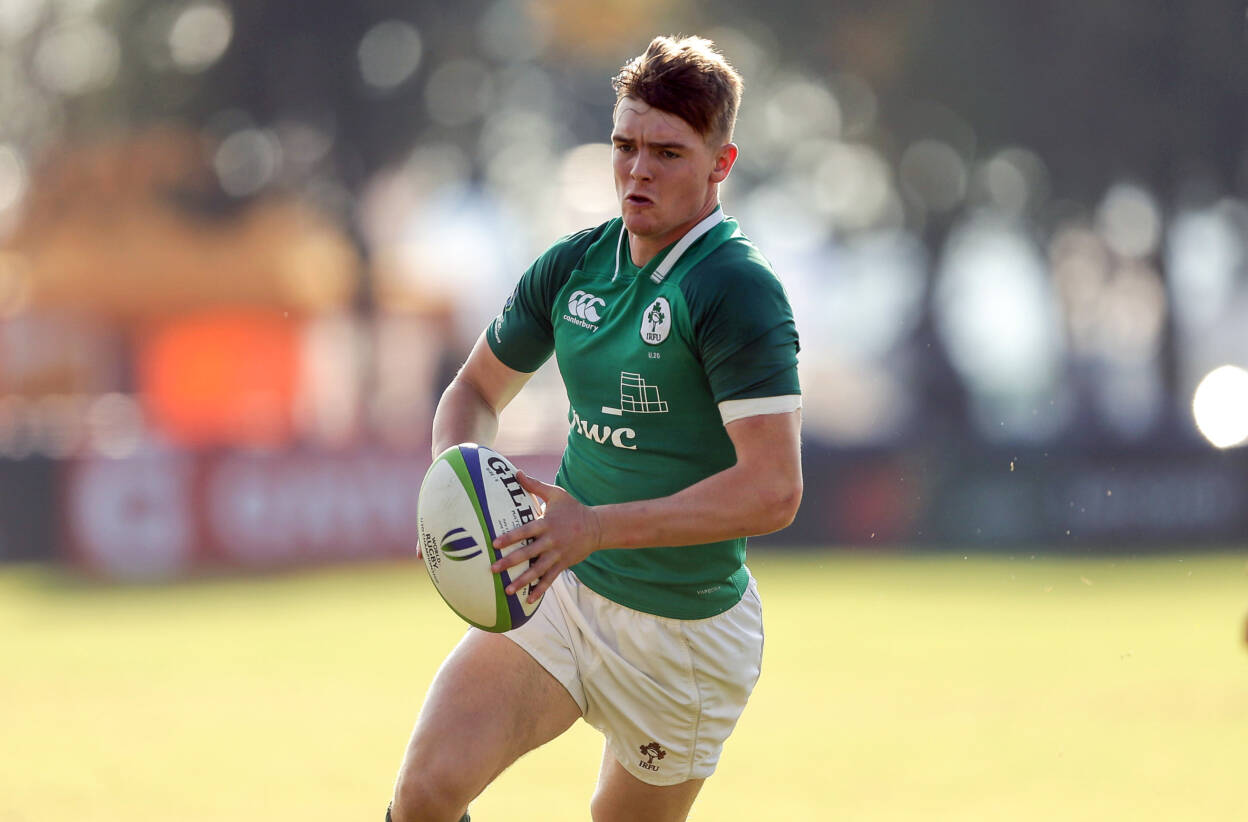 At Munster, Hodnett and Wycherley have made 22 and 29 senior provincial appearances respectively, while Flannery made six senior appearances for Munster before making the switch to Ulster this season.

McCann, who captained the Ireland U-20s in 2020, has made 15 senior appearances for Ulster with Reid clocking up 11 appearances to date.

Tierney-Martin has made eight senior appearances for Connacht and scored a try against the DHL Stormers last weekend.

Penny has made the most senior appearances for Leinster with 42. Milne (18), Clarkson (18) and Deeny (3) have also making the breakthrough at senior level with Leo Cullen’s side.

Baloucoune and Daly are not the only two players in the Emerging Ireland squad that have benefitted from exposure to the Ireland Sevens programme.

Smith also won the Energia All-Ireland League Division 1A title with Clontarf earlier this year and has made two senior appearances for Leinster. Mullins has joined the Connacht Academy this season having also helped the Ireland Under-20s to a 2022 U-20 Six Nations Grand Slam.

The 2020 Under-20 Six Nations was cut short by the Covid pandemic, but after three games the Ireland Under-20 squad had secured wins over Scotland, Wales and England for a Triple Crown success. Ethan McIlroy, Jack Crowley, Tom Stewart and Ben Murphy were in that squad, alongside the aforementioned Smith, McCann, Prendergast, Ahern and McCarthy.

McIlroy has made 37 senior appearances for Ulster, while Stewart’s progress has been hampered by injury but he claimed an impressive try against Connacht in the first round of this season’s BKT United Rugby Championship.

Out-half Crowley has notched 16 senior appearances for Munster, including a start in the Heineken Champions Cup against Castres Olympique. Murphy has also made his senior debut for Leinster, having gone on loan to Munster during the 2021/22 season.

In 2021, the Under-20 Six Nations took place in the summer months of June and July as the global pandemic continued to disrupt the rugby calendar. Osborne featured strongly for Richie Murphy’s youngsters, but so too did Nathan Doak, Cathal Forde and Sam Illo. 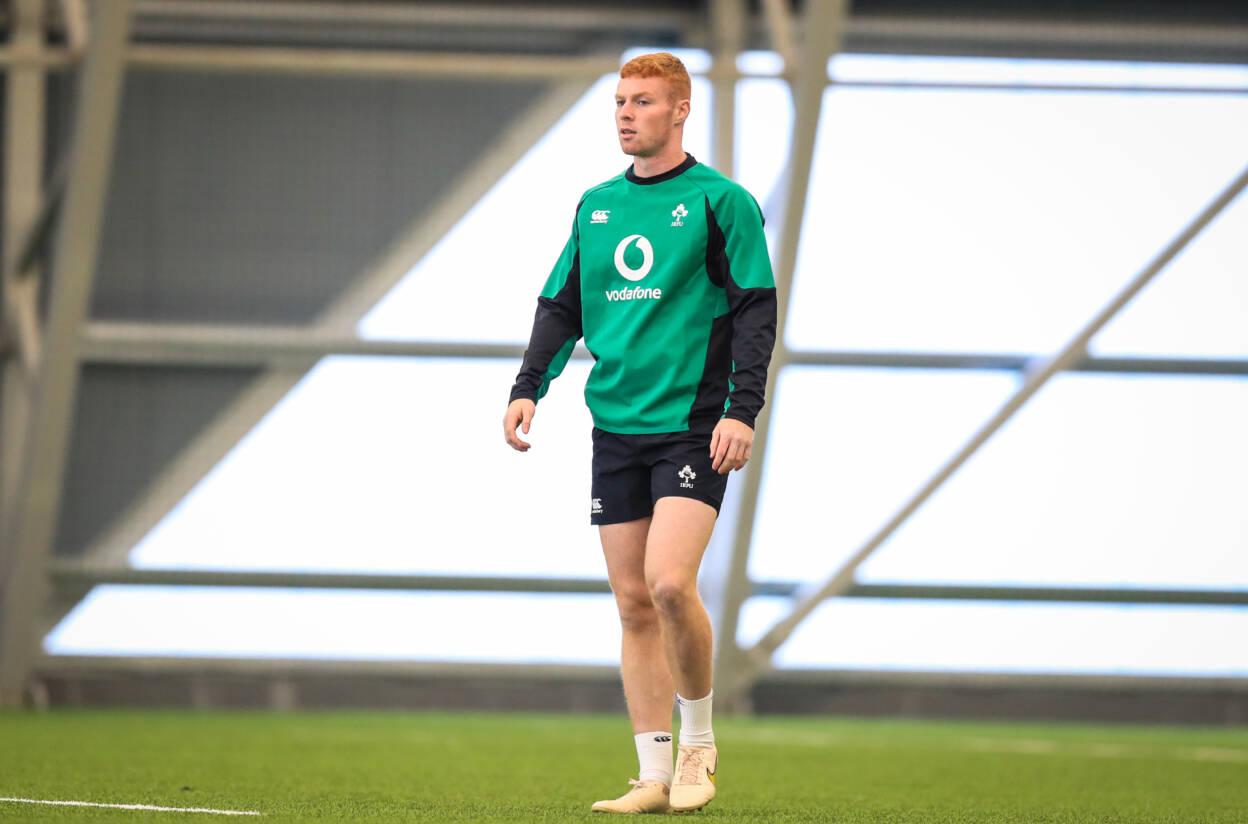 Doak has already made a big impact at senior provincial level with Ulster, clocking up 24 appearances since making his debut against Munster in December 2020. Forde has made two senior appearances for Connacht, while Illo has featured three times for the westerners since switching from the Leinster age grade system.

There are three players in the squad that have come through the Irish-qualified player pathway. Mullins came via the Bristol Academy and the IRFU’s IQ programme in the UK.

Michael McDonald was born in Ireland but represented Australia at the 2019 World Rugby Under-20 Championship having emigrated Down Under with his family at the age of 13. He joined Ulster at the start of the current season.

Antoine Frisch was born in France but qualifies for Ireland via his grandmother. He joined Munster this season from English Premiership club Bristol Bears and made his Munster debut against Cardiff in the opening URC fixture of the 2022/23 season.

Roman Salanoa was born in Hawaii but has qualified to play for Ireland through residency. He represented the USA at the 2016 World Rugby U-20 Championship. Originally part of the Leinster development programme, Salanoa subsequently joined Munster and has made 10 senior appearances to date.

New Kid on the Block

James Culhane is yet to make his senior debut for Leinster but the powerful number 8 left his mark on the 2022 Under-20 Six Nations. He was named the Player of the Tournament as Ireland secured a memorable Grand Slam.