Both teams enjoyed periods of dominance, but Galwegians had the final say as they denied Suttonians their first win of the new Energia All-Ireland League Women’s Division season.

This game, a repeat of last February’s Conference final, looked to be going Galwegians’ way when they opened up a 24-7 half-time lead with new winger Sinead O’Brien getting among the tries.

Suttonians fought back brilliantly, their four-try second half haul including a deftly-taken score from Australian centre Annie Buntine on her All-Ireland League debut.

Despite captain Catherine Martin edging Sutts in front late on, there was still just enough time for ‘Wegians to strike back. Prop Ellen Connolly burrowed over and captain Nicole Fowley coolly landed the levelling conversion.

Galwgians got off to solid start, keen to build on last week’s big win over Ballincollig. Lisa-Marie Murphy pinched an early lineout and they were able to close down a couple of runs from Sutts winger Clara Sexton.

However, just as they were building some momentum inside the hosts’ 10-metre line, Ursula Sammon’s pass went loose and Emily McKeown (pictured below) intercepted it on the bounce, fended off O’Brien and stayed clear of her to dash in under the posts. 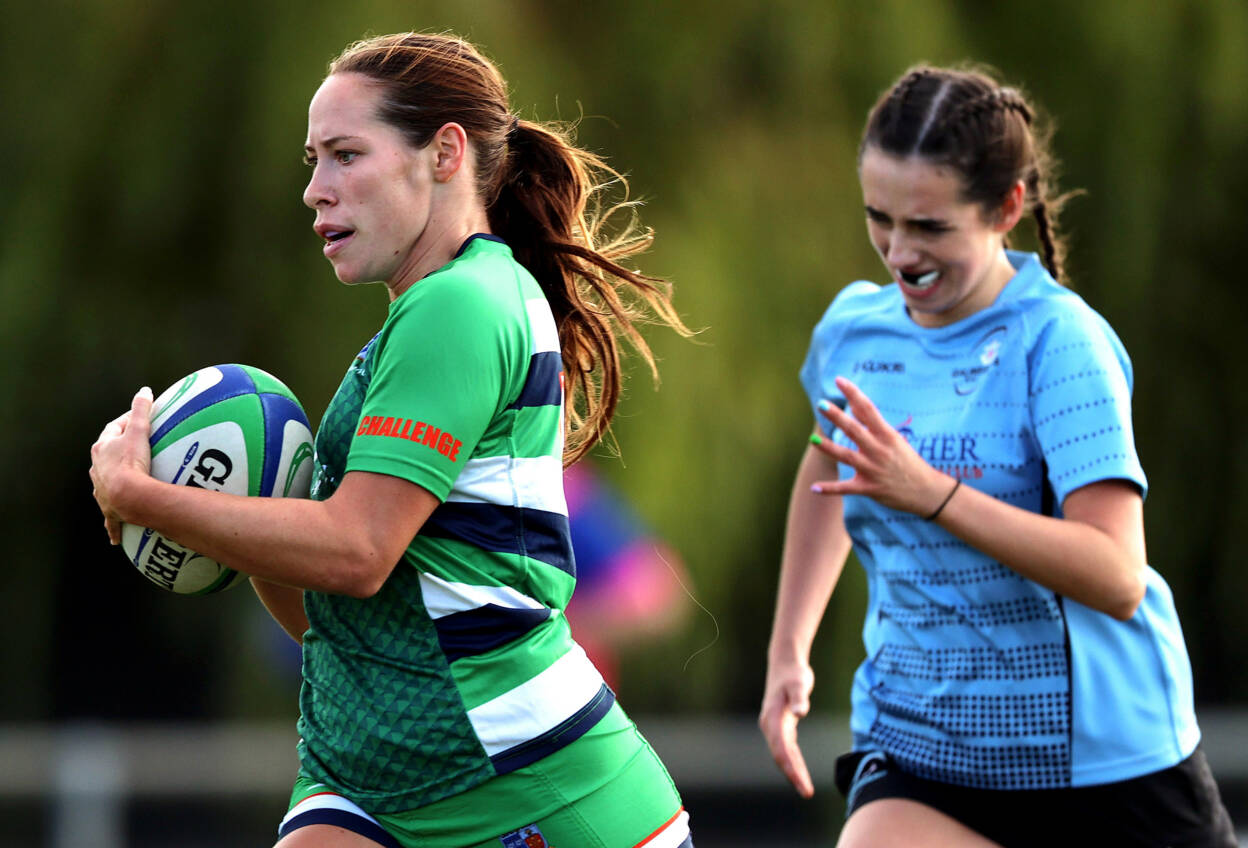 After Órfhlaith Murray’s close range conversion, Galwegians began to build phases inside the 22 and a lovely floated pass from out-half Fowley put O’Brien over near the left corner in the 12th minute.

The try creator’s split the posts with a well-struck conversion, and ‘Wegians continued to make headway through their powerful pack. Strong carrying led to lock Lea Turner muscling over in the 20th minute.

Fowley miscued the conversion on this occasion and with Sutts unable to profit from an incisive Martin break, the visitors, with new head coach Eoghan Maher watching on, advanced downfield courtesy of two scrum penalties.

Olivia Haverty kept the pressure on the Dubliners with a charge-down, and Connolly did well to force a knock-on from Mary Healy as the Suttonians prop built up a head of steam during a trademark carry.

Louise Catinot’s subsequent yellow card invited ‘Wegians forward again and second row Dearbhla Canty (pictured below) cleverly kept the ball out of the defenders’ reach to lunge in under the posts and make it 17-7. 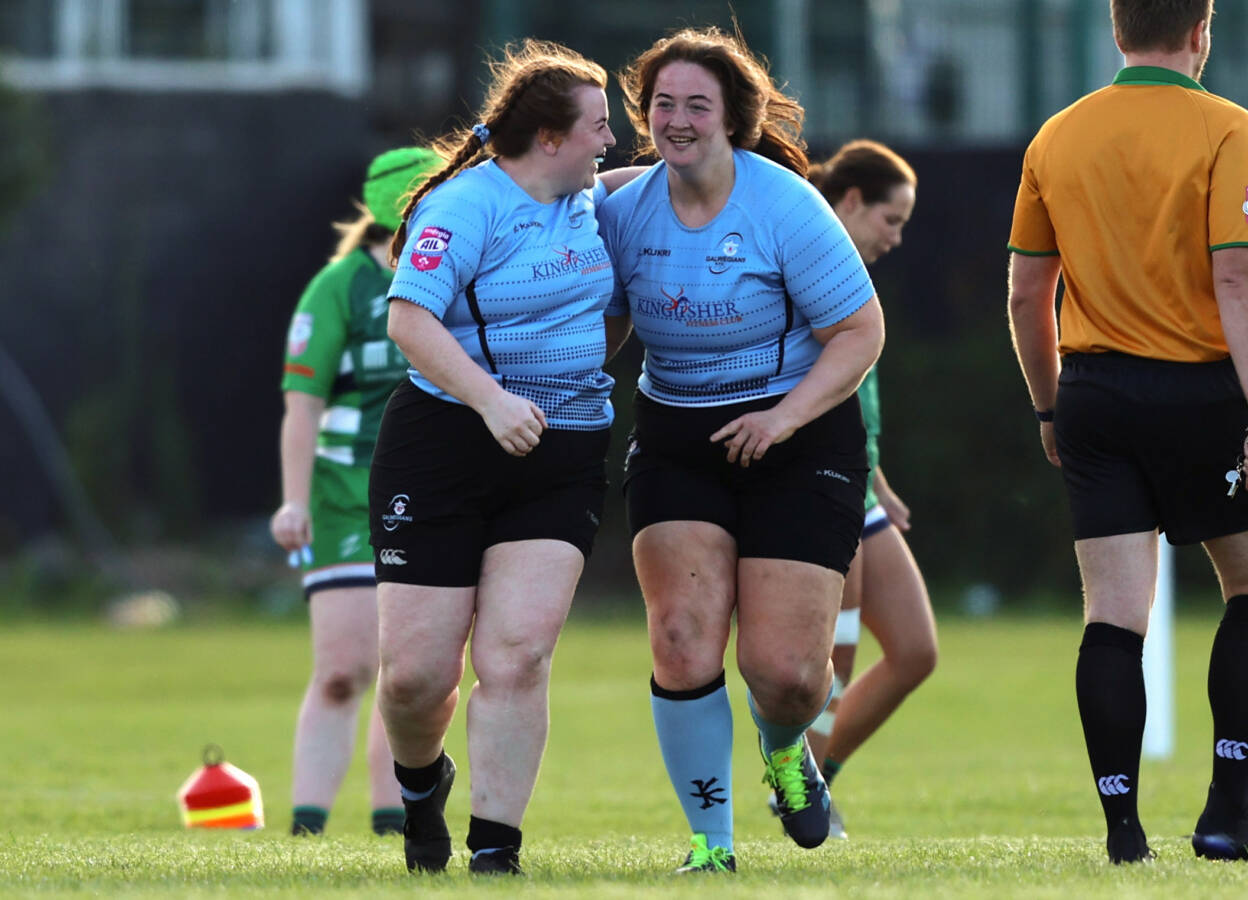 Fowley made up for a poor conversion attempt by tagging on a late bonus point try, Maher’s side stringing together the phases on the back of an Orla Dixon turnover and their number 10 was able to ghost through a gap and convert.

Trailing by 17 points at the break, Stephen Costelloe’s team talk got the best out of Suttonians on the resumption. They gradually played their way back into contention, with their backs showing how dangerous they can be.

‘Wegians lost Tanya Farrell to the bin for a high tackle on Sophie Gibney, and the latter soon profited from a Murray kick out to the right as the advancing full-back gobbled it up for a much-needed Sutts try.

Buntine, who has joined from the Melbourne Rebels, made it a quick-fire double on the hour mark. Spotting space in the back-field, she kicked through, won the race to dribble the ball on and gathered it up for a fine try.

The conversion from Murray suddenly brought the deficit back to just five points (24-19), and with Sutts keeping the pace high, the Blue Belles suffered a second sin-binning when centre Dixon was punished for a deliberate knock-on.

The hosts quickly made the extra player count, Healy getting on the outside of a defender and connecting with Buntine who put replacement Molly Fitzgerald over, wide on the left, for the bonus point score. 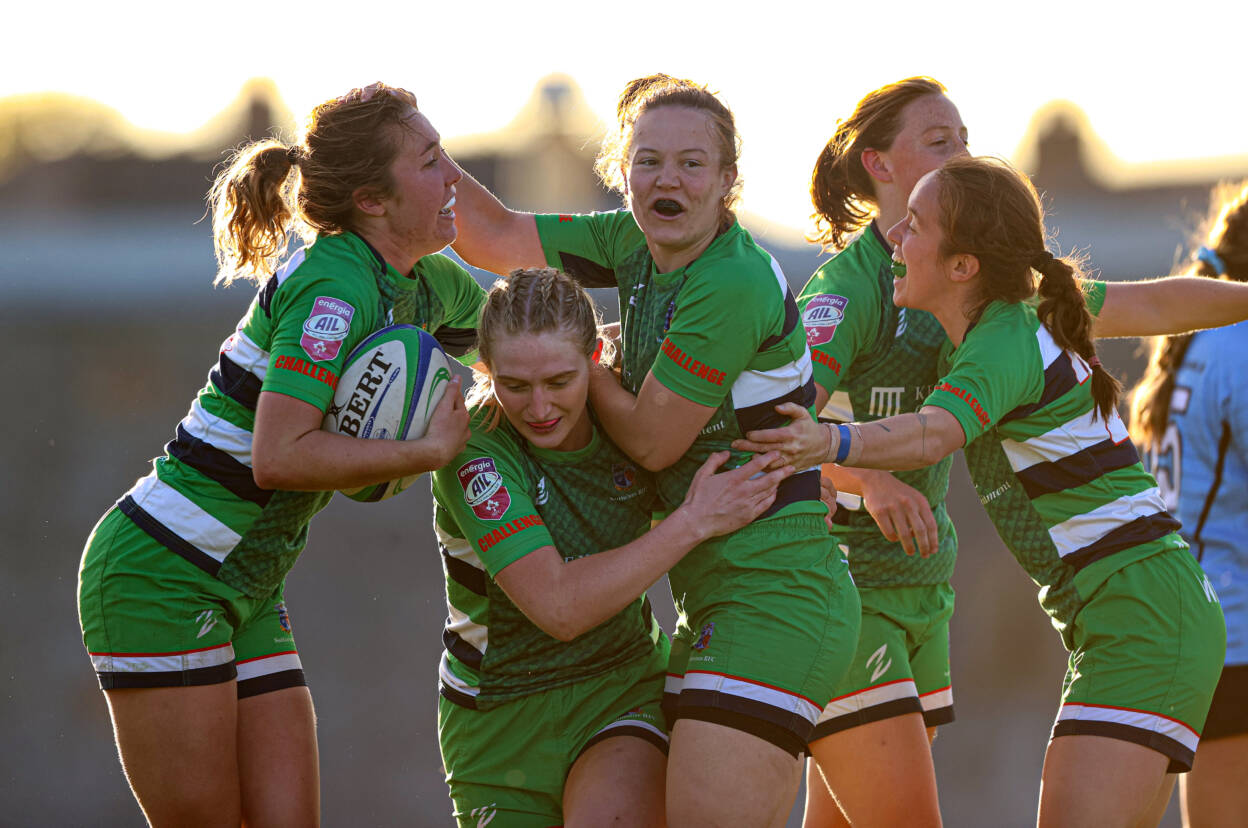 The momentum was very much with Costelloe’s charges heading into the final 10 minutes. After another Healy charge, Martin brilliantly sped through a gap from 40 metres out and cut inside the covering Farrell to score.

Murray converted from straight in front, giving Sutts a 31-24 lead with barely three minutes remaining. Crucially for ‘Wegians, an accidental offside gave them possession within reach of the home 22.

Number 8 Murphy and Fowley gained ground with their carries, the rest of the pack weighing in before tighthead Connolly found an intelligent angle off a ruck to reach over the line. Fowley’s extras brought this terrific tussle to a close.