Natasja Behan, pictured with Taryn Schutzler, will start again on the right wing for Ireland against Japan this weekend ©INPHO/Akito Iwamoto

Injuries may have forced his hand slightly, but Ireland head coach Greg McWilliams says the players brought into the matchday 23 for the second Test have been rewarded for their hard work in training.

Laura Feely, new cap Jo Brown and Grace Moore, who makes her first start at number 8, are the three changes up front to the team that beat Japan with plenty to spare in Shizuoka last weekend.

Dubliner Jess Keating is standing by to make her debut off the bench, hoping to come into a pack which sees Hannah O’Connor moved to the second row and Linda Djougang swapping sides in the front row.

Commeting on the team selection, McWilliams said: “Laura Feely is somebody who has worked exceptionally hard since the Six Nations. She deserves her chance (at loosehead).

“A very skilful player, she’s done a lot of work on her fitness, and I’m looking forward to seeing how she goes for sure.

“Jess Keating who is a utility forward, comes in. She’s from Life University in America originally. She’s added value, she was a late call-up for (the injured) Maeve Óg O’Leary.

“It’s good to have a look at her on the bench, and obviously we’ve got Grace Moore and Jo Brown, two players who are starting at 8 and 6 respectively.

“I want to see what they’re like. They deserve an opportunity, they’re training hard, they’ve committed to the programme, and I think to give the best opportunity to people sometimes you’ve got to give them the time to shine.

“We’ve moved Hannah O’Connor into the second row. She’s played there before and we’ve pushed Linda (Djougang) across to tighthead. We’re seeing what we have and we want to test our group.”

Five players made their debuts in the back-line last Saturday, including Leah Tarpey as a replacement, and in retaining the same starters behind the scrum, McWilliams is eager to build cohesion and give them a chance to build on what they achieved first time out together. 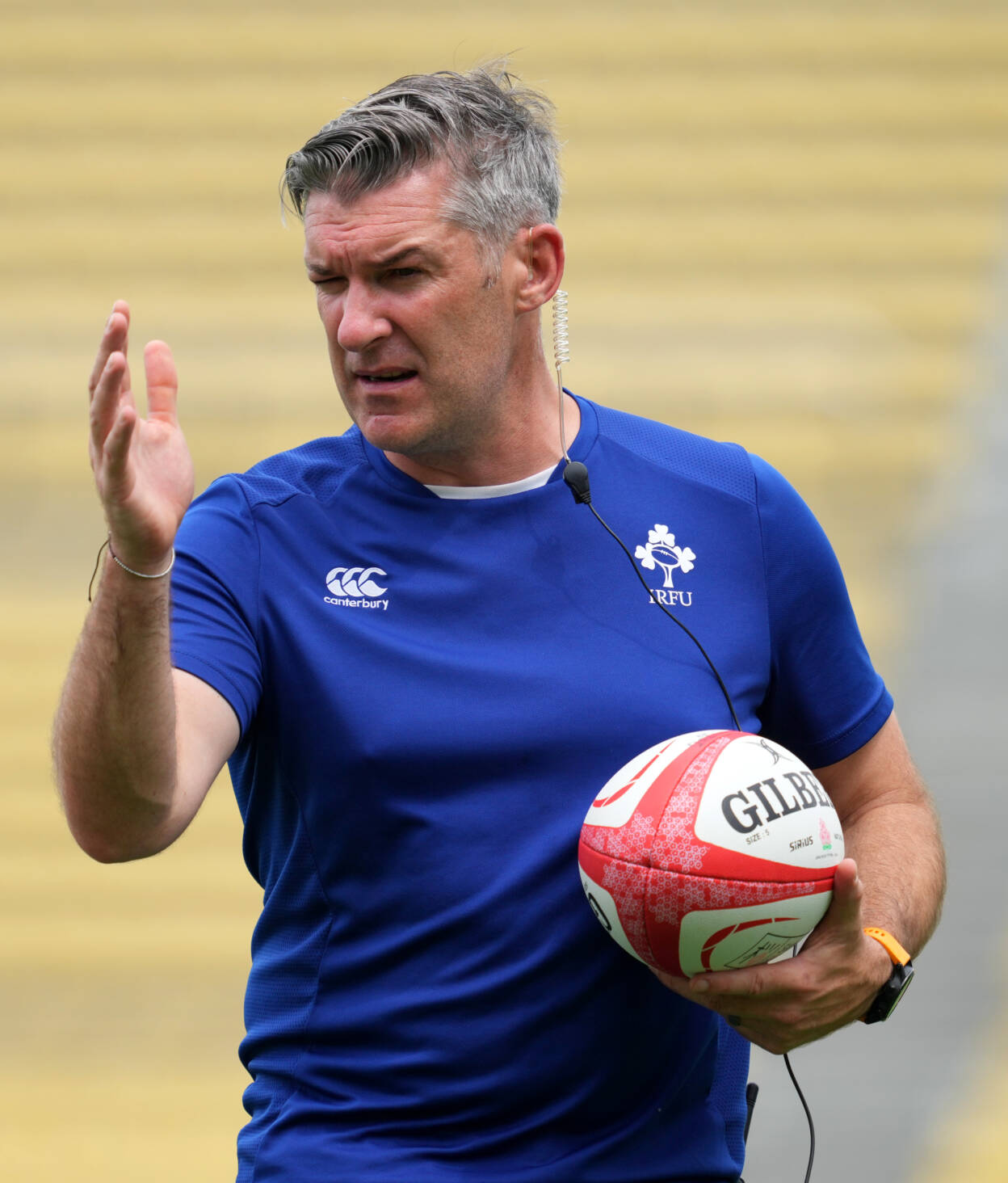 The back-three of Méabh Deely, Natasja Behan and Aoife Doyle snapped up two tries, the midfield duo of try-scoring teenager Aoife Dalton and Enya Breen gelled very well in both defence and attack, and 18-year-old starlet Dannah O’Brien impressed at half-back alongside the ever-reliable Ailsa Hughes.

Emma Tilly, another of the youngsters making rapid strides via the provincial pathways and the IRFU’s Women’s National Talent Squad, is also poised for her first taste of international rugby. She will cover the outside backs in Tokyo.

“Obviously there was pressure on a couple of the starters because the likes of Molly (Scuffil-McCabe) has been training really well and putting pressure on Ailsa,” acknowledged McWilliams, who is hoping to guide Ireland to their first back-to-back wins since last November.

“Likewise, if you look into the back-three, Lauren Delany is somebody that we’re keen to look at but she’s been slow training for the last three weeks. She’s had issues with her back.

We just felt that Emma Tilly (pictured below) deserved a chance. She’s a very young player, she’s from MU Barnhall. She’s got good speed and she’s a very good learner, she deserves her chance and she’s worked very hard.

“I think we need to reward people who are buying in to what we’re trying to do here, and she really has epitomised it. I’m looking forward to seeing her on the bench.

You’ve got a young back-line, yeah, and you’re trying to get a bit of cohesion, and I think they deserve to get a second run-out.” 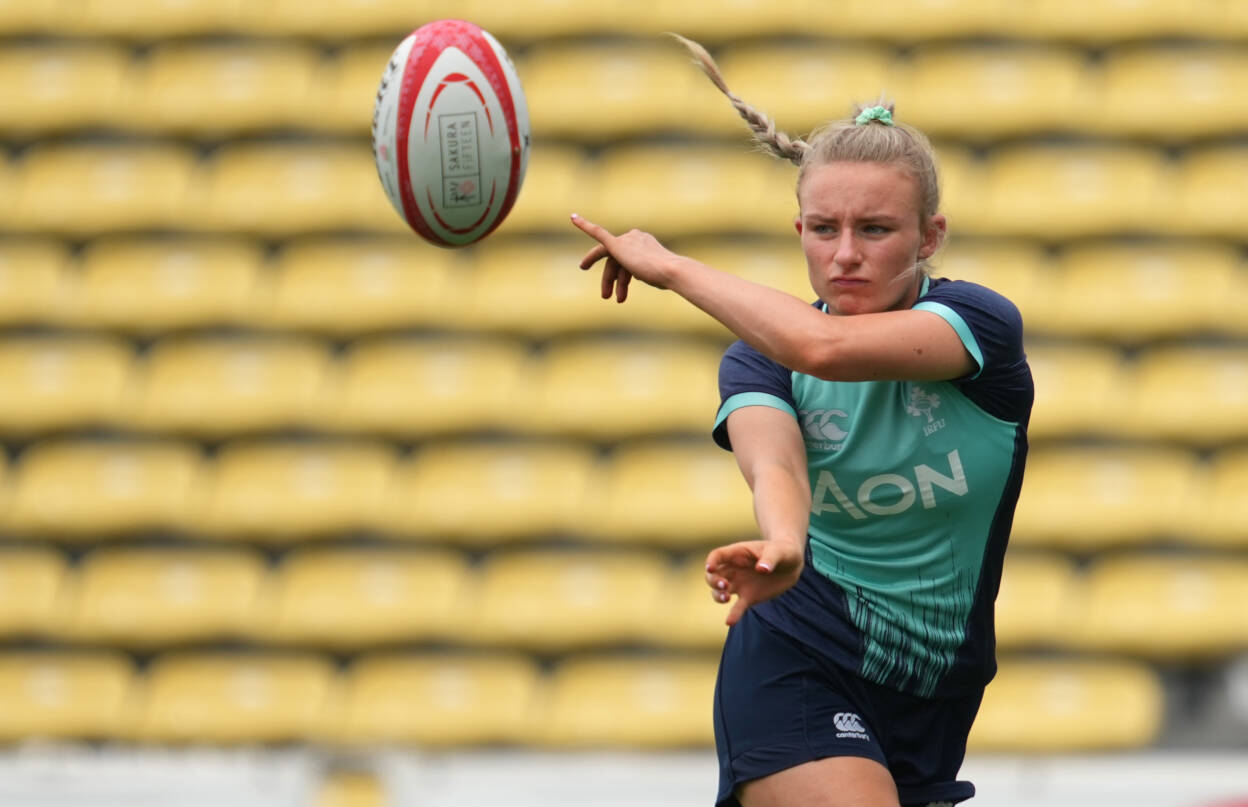 The move to Tokyo for the series decider has seen no let up in the searing August temperatures, with figures touching the late 20s and early 30s throughout the week.

Given their exertions last Saturday and what has been a vigorous build-up period across the national squad’s summer programme, rest and recovery have been important factors as the girls in green prime themselves for a big finish to the tour.

McWilliams added: “You’re always looking to improve. This is another Test, it’s going to be another challenge for us.

“There’s no doubt that we went to the well last Saturday, and that’s the thing, you’ve got a group of players who are now into their third week of pretty intense training and match prep. It’s hard.

“Saturday took a lot out of the group and it’s about making sure this week that we were smart about how we train. Ed Slattery, who is our S&C coach, and the medical staff have been brilliant this week.

“Just making sure that we’ve got the right minutes, the right ball-in-play minutes. We’ve kept things down a little bit, so a lot of our learnings would have been off-feet and giving the players an opportunity to recover.

“Last Saturday was a good day, we knew where we were. Whatever happens this Saturday we’re going to get a lot out of it as we try and build this machine moving forward, to the point where we can be very consistent in our performances.” 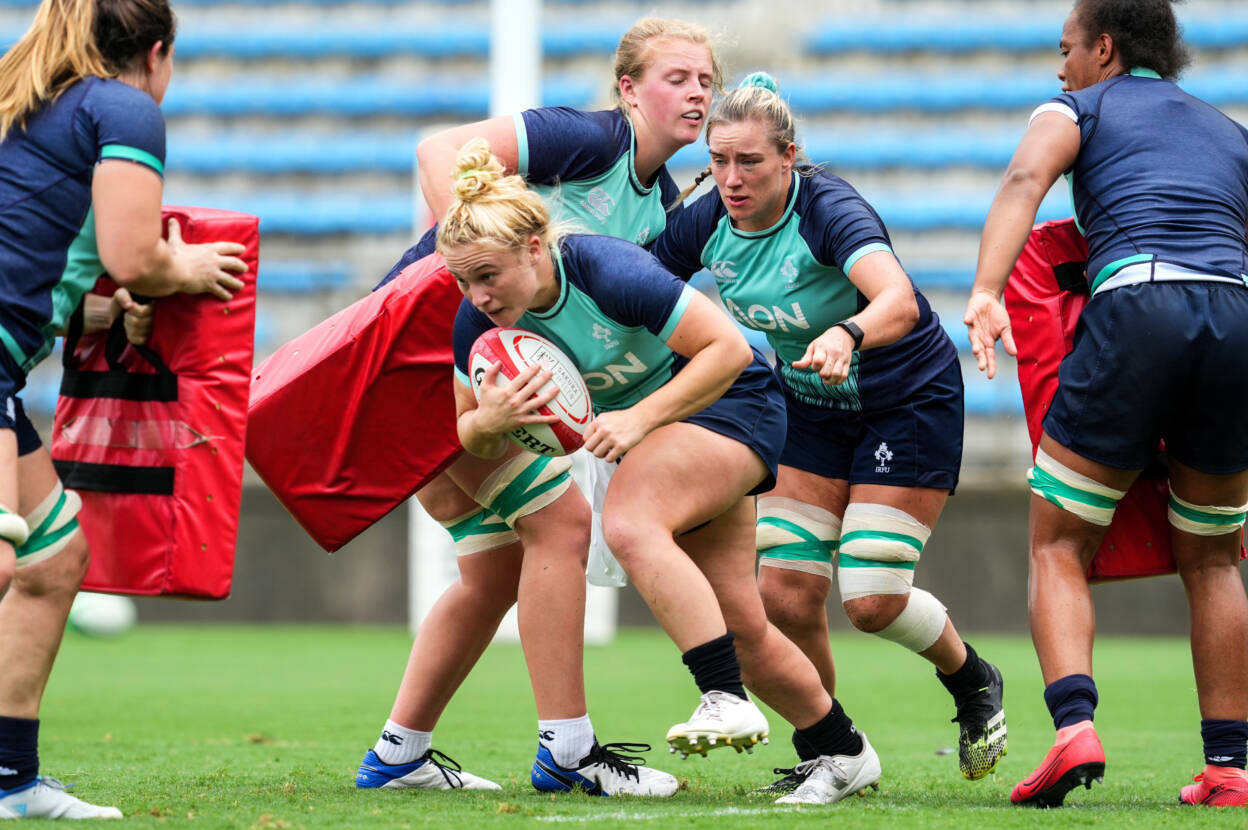 Ireland gained obvious advantages in their forward play during the opening Test, with their maul, scrum and wise game management doing a lot of damage as they galloped clear on the scoreboard.

McWilliams is expecting a fast pace-thriving Japan to provide much more resistance in those areas this Saturday. He says the hosts’ six-two split on the bench suggests they will ‘change the guts of their pack early in the second half to keep the pace on’.

The Japanese line-up shows six changes in personnel, including starts in the forwards for Yuna Sato, flanker Seina Saito, who becomes her country’s most-capped player with her 31st Test appearance, and Iroha Nagata.

With a key focus on not repeating last week’s poor start that saw Ireland go 15 points behind, the 43-year-old coach insisted: “Japan are a good side. I think maybe they switched off a little bit and gave us some easy points before half-time, and I think they were stunned a little bit.

But they started off so well. We struggled to cope with their speed of play, and it’s been important for us to have a look at that this week in our preparation because it is going to come fast.

“It’s just a chance for us to see where we are and see where certain individuals are. Just a great opportunity to go out again and see how they do.”