Edel McMahon is pictured with Aoife Doyle, one of the try scorers from last week's first Test against Japan in Shizuoka ©INPHO/Ryan Byrne

Edel McMahon is anticipating a strong response from Japan and a tighter contest when Ireland’s summer tour concludes at Chichibunomiya Rugby Stadium in Tokyo on Saturday.

Greg McWilliams’ freshened-up side ran in nine tries to claim a runaway 57-22 win in Shizuoka, and McMahon said the new players involved – there were six debuts on the night – played with an infectious excitement and fearlessness.

“It was brilliant. I don’t know if I could have imagined a score like that. Looking back on the game the next day, we could have done a lot more – an awful lot to work on for this Saturday,” admitted the 20-times capped flanker.

“They are good positives when a team isn’t completely excellent in every area and we’re still coming out with a scoreline like that.

“It was mad for me, looking around the room with those girls, the six new caps and girls that are kind of on the fringes and just unlucky not to get selected. They just looked excited.

“It was a different angle. I would be used to classic match nerves, how you’re going to plan and prepare and knowing from playing Japan before.

“Whereas I honestly felt like the girls had that fearless factor and genuinely looked excited to just get on the pitch and give it a go. In some of those back-line tries and off set piece, you could see the belief of some of those.

“Aoife Dalton running that line, another day she shouldn’t have gotten through but she just absolutely barged through. Girls really giving it socks and I think the young girls coming in definitely had that fearless factor on match day.”

The same sextet are involved again this weekend, including the 19-year-old Dalton at outside centre, while former England international Jo Brown makes her Ireland debut at blindside flanker.

Jess Keating and Emma Tilly are two more new faces on the replacements bench, and McMahon has been enjoyed training and playing with McWilliams’ mix of youth and experience for their east Asia adventure.

“I would be considered senior now at this stage, I’ve been around the block a while! Trying to let the girls express themselves, guiding them along in terms of game management and stuff like that, but trying not to hold them back with what they’re good at,” commented the Clare woman, when asked about the impact of the younger players.

I think they’ve been allowed to do that in camp, along with, I suppose, as a pack we were quiet established and that does help when you know a pack, systems here and there and where we want to play on the pitch.

“But then when you’ve a mix of girls like that, that are allowed the freedom to play the rugby or their super talents, it just came together really well.

“The blend of the senior girls allowing the new raw talent coming in to express themselves very freely, while under a bit of guidance, I think that was kind of the product of that game.”

McMahon, who recently changed clubs from Wasps to Exeter Chiefs, knows how capable Japan are of turning things around in the space of a week. 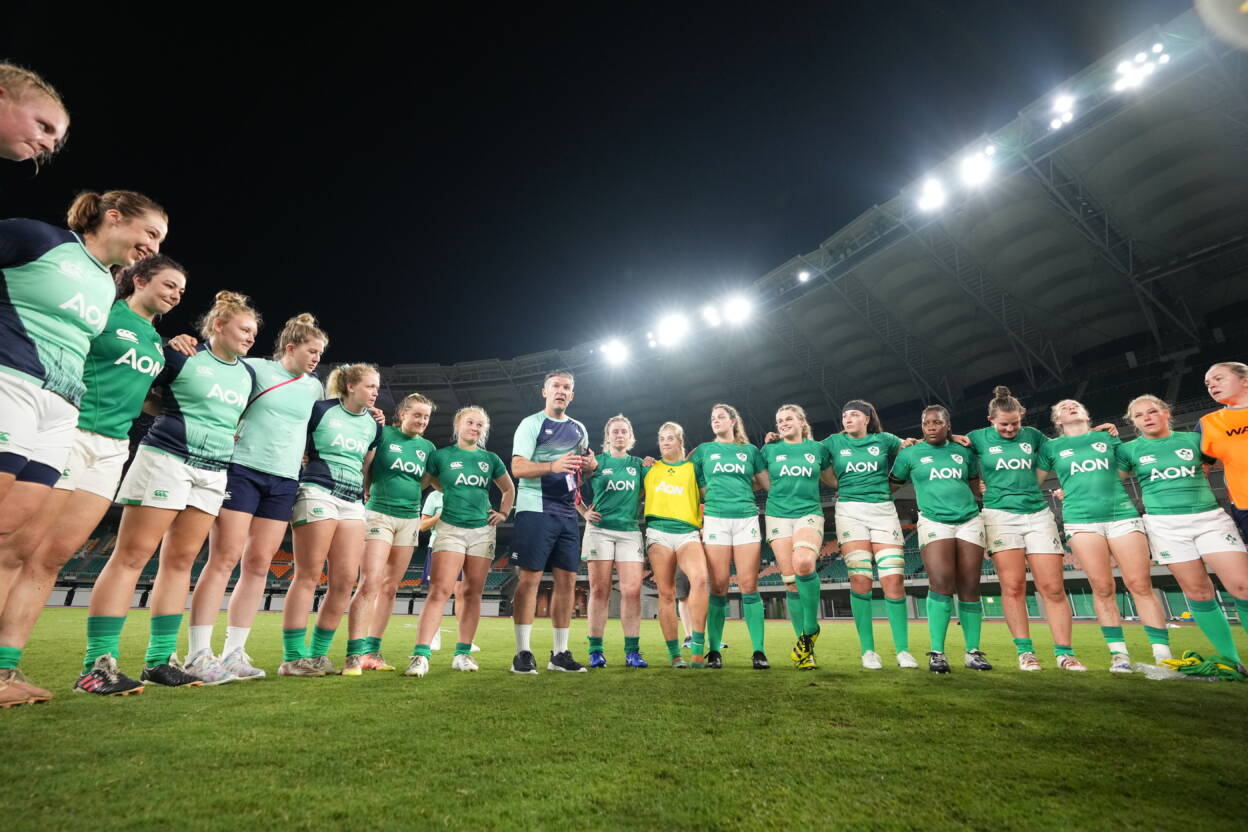 Japan have also shown in recent months that when they put together a more rounded and complete performance, they can claim a notable result or two, beating the likes of Australia (12-10) and South Africa (15-6).

Referencing last week’s game, openside McMahon insisted: “Japan, there will have been a few things they would have been kicking themselves about, 100%. I’ll definitely be expecting a well-drilled Japanese side with a lot of tweaks to their game.

“We’re kind of worrying about ourselves, I guess. Hopefully we’ll bring a couple of new things to this Saturday’s match. This trip is a development trip for us, trying new things, trying new combinations.

“Yes, we’ll look at what Japan will probably tweak and will have noticed what they should have done last Saturday. But a big emphasis will be on what we want to do to do better.”

Injuries have impacted McMahon’s progress on the international stage, with an untimely Achilles injury in 2017 and a knee problem last year, so it has been really encouraging to see her get a run of Tests under her belt in the last twelve months.

She started both of the November 2021 Tests at home to the USA and Japan before being ever-present in the number 7 jersey throughout the TikTok Women’s Six Nations. Winning this series in Japan would round off a serious purple patch for her.

“The trip in itself is quite historic, it’s our first trip away. We did speak about, ‘once is luck, but twice is affirmation’. That’s what we want to be aiming towards,” she said, speaking about their drive to succeed and clinch the series in Tokyo.

“We don’t want it just to be a one-off win. We want to come home with two wins, and two really good wins and performances that we’re very proud of.” 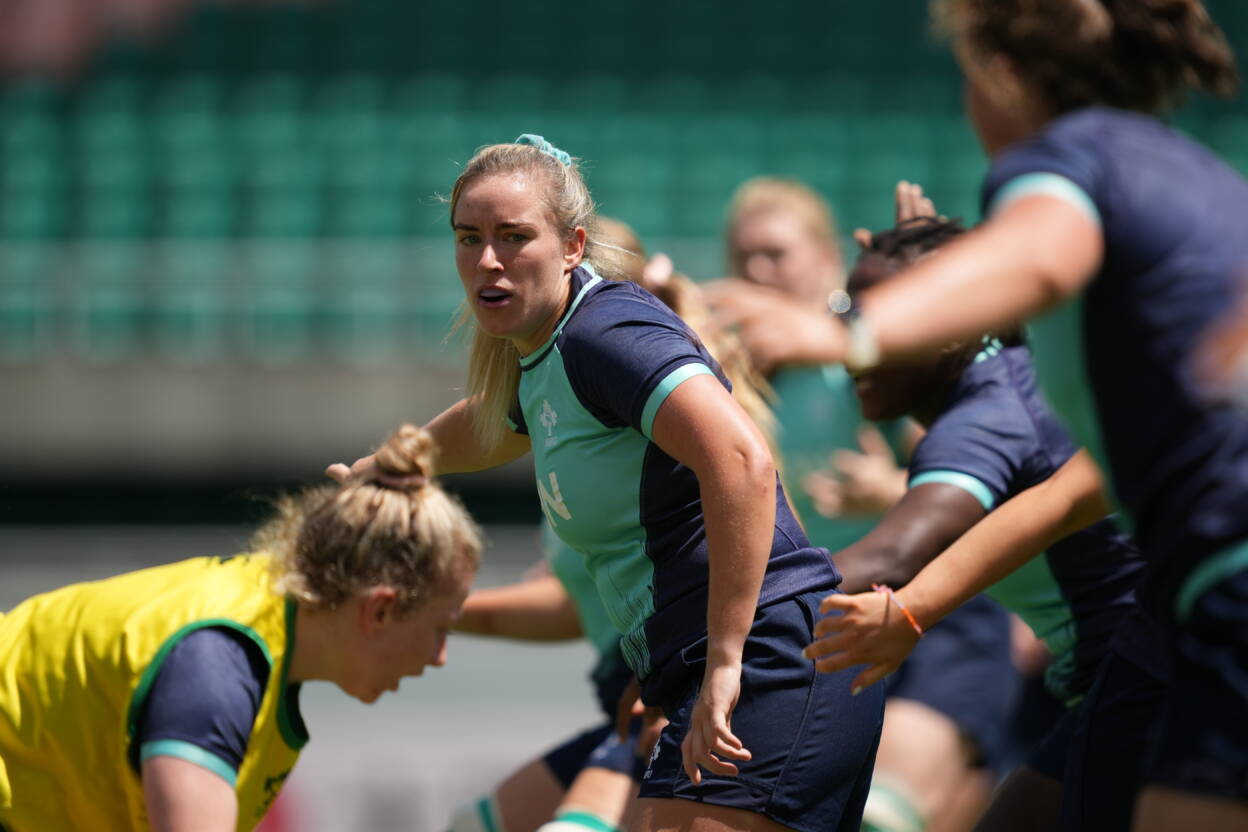 As well as getting used to some new team-mates on this tour, McMahon and the rest of the forwards have been working day-to-day with John McKee and Denis Fogarty who were both brought into the coaching set-up for the summer campaign.

The 28-year-old back rower speaks highly of the pair and has formed a close working relationship with McKee, in particular, as he has been fine-tuning Ireland’s breakdown work.

“John has been brilliant and Denis, who has been looking after the scrum, as well. They’re a great mix and they bounce off each other really well,” added McMahon.

“John is very direct and clear in his coaching points, so it’s very easy to know what he’s talking about – this is what we’re doing and then we go out and rep it.

“There’s no grey area around his coaching. I like that, it’s very straightforward. So, yeah, he’s been very good for us.

“He’s gelled very well with the squad. You can always pick his brain, especially from my point of view on the breakdown and the lineout.

“He’s definitely come up with a couple of things for this weekend that we’re excited to try, so we’re looking forward to that.”