Should Emma Tilly be sprung from the bench during Saturday’s second Test, it would mean that four members of the inaugural Women’s National Talent Squad will end the summer tour as senior international players.

The IRFU’s WNTS programme was launched in Dublin earlier this year, laying the foundations for the best underage talent in the country to further develop their game through exposure to a high-performance environment and enhance their potential to be selected for national squads.

Some of the youngsters involved, under the tutelage of IRFU Women’s Performance Pathway coach Katie Fitzhenry and Ulster’s Neill Alcorn, have gone on to represent the Ireland Under-18s this year in 15s and Sevens.

Others have already pushed through to senior level, living up to the view that if you’re good enough, you’re old enough. Recognising the potential of these players, Ireland Women’s head coach Greg McWilliams was admittedly ‘excited to let them off and see what they’ve got’.

Aoife Dalton, Dannah O’Brien, Leah Tarpey and Tilly won the PwC Under-18 Interprovincial title with Leinster last September, the diligent work of their club, school and provincial coaches helping them to get fast-tracked into the national set-up.

Last month saw Greystones’ Eva Sterritt captain the Ireland U-18 Sevens team to bronze medal success in the Rugby Europe Championship, with the side including six WNTS squad members in all.

The midlands is proving a fertile breeding ground for Women’s and girls rugby talent, with Dalton and O’Brien, who made their Ireland debuts against Japan last Saturday and scored 17 points between them, hailing from Clara, Co. Offaly and Tullow, Co. Carlow respectively.

Tarpey, who comes from Kilcavan in Laois, was brought on as a replacement to win her first cap, while the debut-seeking Tilly, a reserve back for the second Test in Tokyo and a Maynooth native, is set to continue Kildare’s fine tradition of producing rugby internationals.

Promising out-half O’Brien recovered from a tough start last Saturday to leave a very positive sheen on her debut Ireland performance. She kicked 12 points, including a last-minute drop-kicked conversion, and set up a try for fellow teenager Dalton.

John McKee, a technical advisor and forwards coach for Ireland’s historic summer tour, likes what he has seen of the 18-year-old O’Brien and reckons she ‘could have a fine future ahead of her’.

“Dannah, she was quite calm and collected under pressure in that game last Saturday. A great introduction for them (the new young players) to Test match level,” said McKee.

I’m sure she’ll admit herself she’s still got things to learn. She’s got off to a good start. She’s certainly a girl that keeps her feet on the ground and doesn’t get too carried away about things.

“She will be focusing on the basics of her performance this week to make sure that she can back it up.”

O’Brien gets another chance to show what she can do in the number 10 jersey, joining fellow midlander Ailsa Hughes in an unchanged half-back pairing for the series decider.

Coming under the wing of Ireland assistant coach Niamh Briggs, who starred for her country for many years at full-back or out-half, will no doubt accelerate O’Brien’s development and help to further hone her skills and decision-making under pressure. 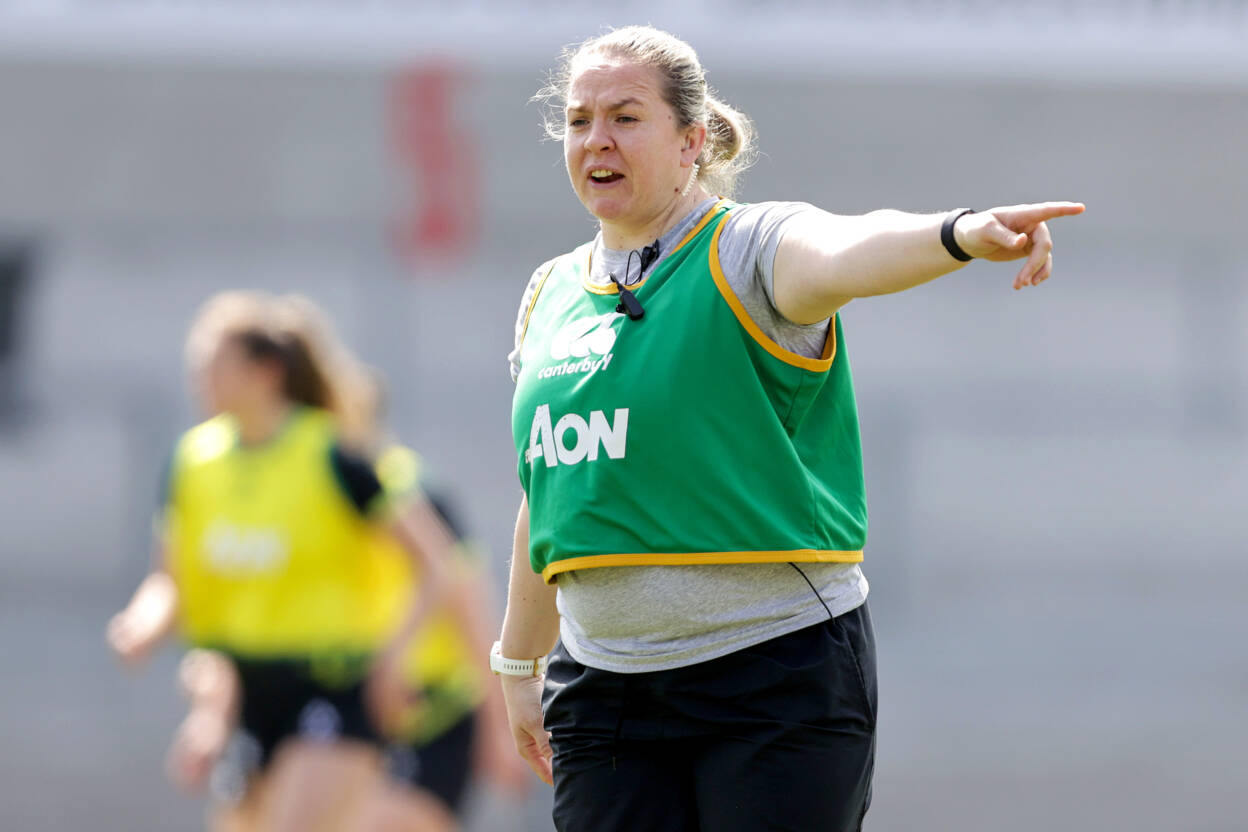 “The young players have come in with no fear which has been an unbelievable,” said Briggs, who made her own Ireland debut at the age of 23 during the 2008 Six Nations.

“For me, from a coaching point of view, I love the fact that their training age, even though they’re 18 or 19, is bigger than some of the girls that are older in the squad because they’ve all been playing since they were kids.

You want to be giving them as much information but you also want to empower them to be able to play what they see in front of them. Trying to strike that balance has been a bit of a challenge, I won’t lie.

“Off the pitch they’re incredible. They’re great craic, and it’s great to see them gelling so well.” 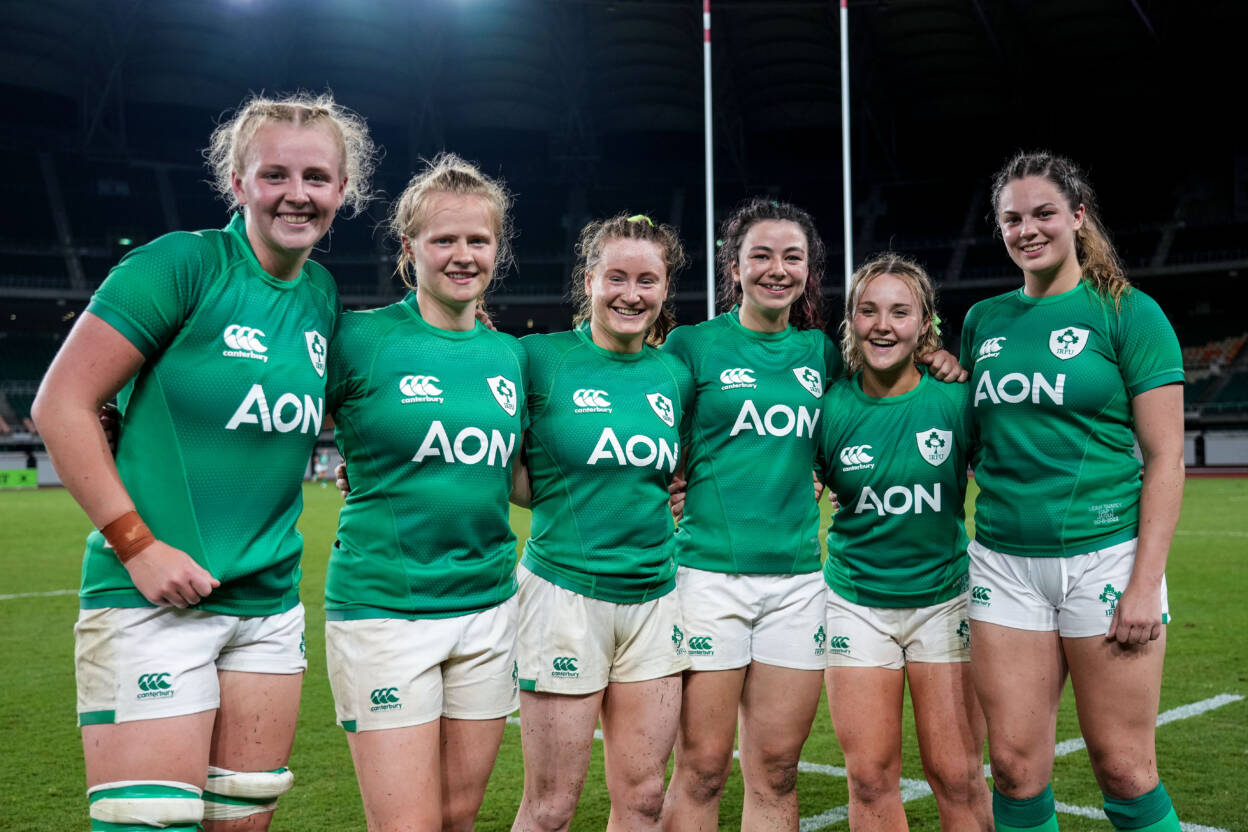 From a player’s perspective, 2o-times capped flanker Edel McMahon has been impressed with how the young guns have made the step up so far to Test level.

Asked for her thoughts on O’Brien and how she has coped in such a pivotal role at number 10, McMahon said: “She’s been brilliant. Even her character and how she goes about the squad, she’s very funny. She’s very true to herself and that is what I quite like about her.

“She’s staying honest to how she has fit into the squad. She was quite quiet at the start and she’s started to really show her character now, and I think that will only kind of come when she steps more and more into that 10 jersey.

“She has definitely showed the ability that she has, she’s got a great boot, so I definitely think there’s a lot more to come from Dannah. She’s only starting to get going.

“The whole team is behind her and really looking forward to seeing her develop as a player.”