Two teams improved their position in the World Rugby Women’s Rankings, powered by Capgemini, as a result of the three Test matches played this weekend.

Ireland’s runaway 57-22 win over Japan in Shizuoka lifts them above Italy into sixth place, while South Africa have matched their previous high of 11th following a 37-14 victory over Spain in Potchefstroom.

Greg McWilliams’ new-look side came back from 15-0 down to maintain Ireland’s winning record against Japan with their biggest ever comeback triumph.

The Ireland Women have now won all six encounters dating back to 1994, but this was the most points they have scored in a match against the Sakura Fifteen.

Hooker Neve Jones joined Lynne Cantwell, Sophie Spence and Alison Miller (3) as the only Irish women to score a Test hat-trick, while six others crossed the line, including Aoife Dalton and Méabh Deely on their debuts.

Aoife Doyle and replacements Chloe Pearse, Molly Scuffil-McCabe and Emma Hooban were the other try-scorers for Ireland, and 18-year-old out-half Dannah O’Brien landed six conversions while winning her first cap.

The 0.41 of a point gained in victory takes Ireland up to sixth position and 76.73 points overall, while Japan remain 13th but with a reduced total of 65.61 points.

Meanwhile, one of the players who made their international debut on Saturday, winger Natasja Behan, spoke of the squad’s eagerness to build on what they achieved in the series opener.

The teams meet again at Tokyo’s Chichibunomiya Rugby Stadium next Saturday, with the Kilanerin youngster (22) saying: “We’re excited to hit the ground running and get a win under our belts.

“But we had a few errors in the first Test so we need to put in the hard work to fix them and put in another good shift this week.”

Behan broke into the extended Ireland squad for this year’s TikTok Women’s Six Nations, before head coach McWilliams gave her some work-ons. She came through the summer programme with renewed energy and as a much more rounded player.

A back-three specialist with an eye for the try-line, the Wexford flyer notched seven tries during Blackrock College’s run through to last season’s Energia All-Ireland League final. 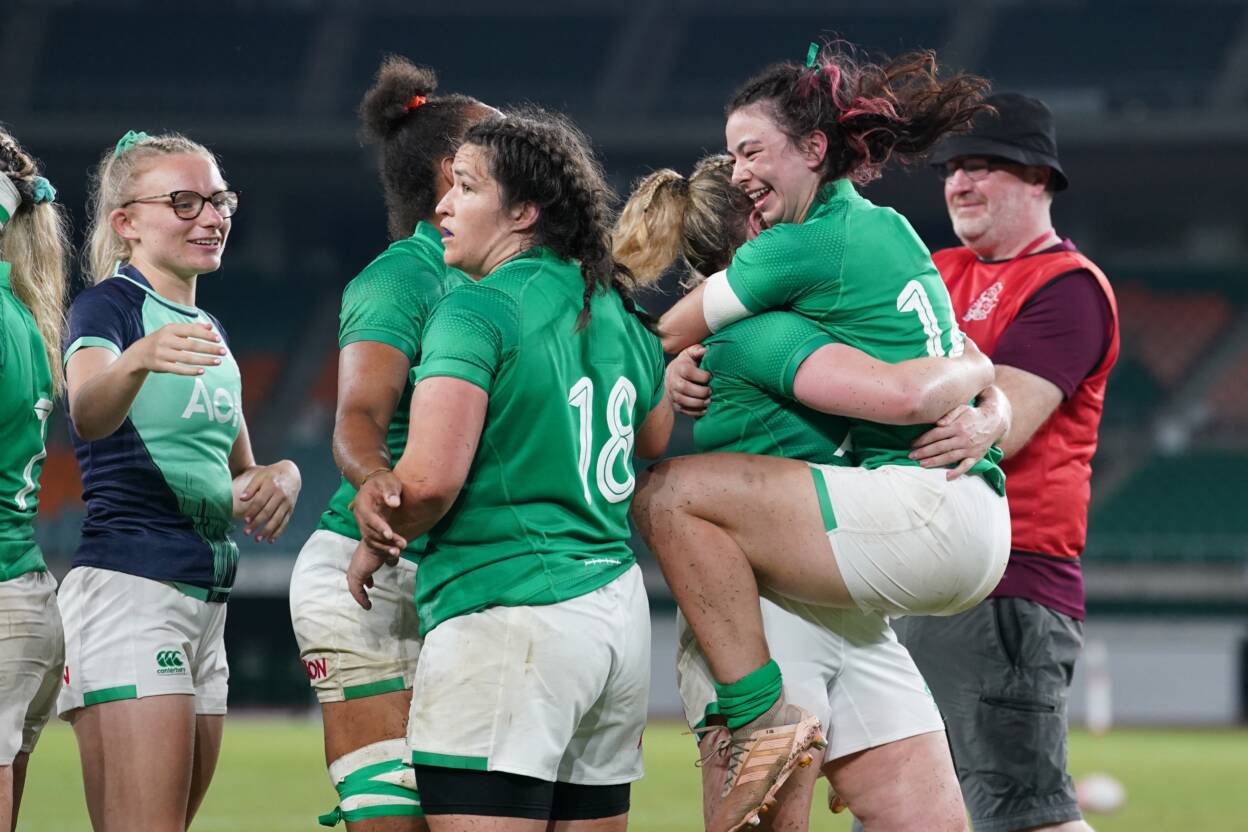 During the build-up to the summer tour opener, McWilliams spoke about rewarding Behan for her hard work, noting how she ‘came back fitter, stronger’ and ‘had a notebook in hand and had written out loads of notes’.

“She looked at Hudl for hours. There’s a desire there with Tash, and she deserved this more than anybody,” he said of the Gorey RFC product, who captained the town’s Community School to National X7s glory in 2017.

Getting to wear the green jersey for the first time has definitely whetted her appetite for more, with Behan adding: “It feels unbelievable to be honest. When I was out on the pitch, I couldn’t believe it. It feels really, really good and we’re feeling really, really positive after the win.

Not getting the cap during the Six Nations made me realise how much more I wanted it. It was more of a positive thing for me.

“Obviously in the beginning I was a bit down in the dumps. But you just have to pick yourself back up. I just knew what I wanted then.

“It was a hard few months in training, giving up a lot in terms of friends and going away and stuff like that. It all paid off in the end, I’m delighted now, happy I stuck with it, and ready to kick on.”