The Ulster Under-19s ran in eight tries to beat Connacht 50-14 at home and head straight to the top of the PwC IRFU Under-19 Men’s Interprovincial Championship table.

Round-Up: Two Out Of Three For Leinster On Opening Day Of Boys Interpros

Sunday’s double header at Newforge Country Club had a keenly-contested curtain raiser, with James McCammon’s late levelling try earning the Ulster U-18 Clubs team a 17-all draw with Connacht.

The Connacht Under-18s recovered well from the concession of an early penalty try, their threatening winger Gerard Murtagh just held up following a brilliant solo run from the halfway line.

The westerners kept the pressure on with their forwards building phases and Buccaneers flanker Patrick Egan deservedly crashed over. Conall Gill’s conversion brought them level at seven points apiece.

However, the Daryl Maxwell-coached Ulster youngsters closed out the opening half with a well-taken effort from Zack McCartney. The Ballymoney lock reached over a pile of bodies at a ruck to make it 12-7 to the hosts. 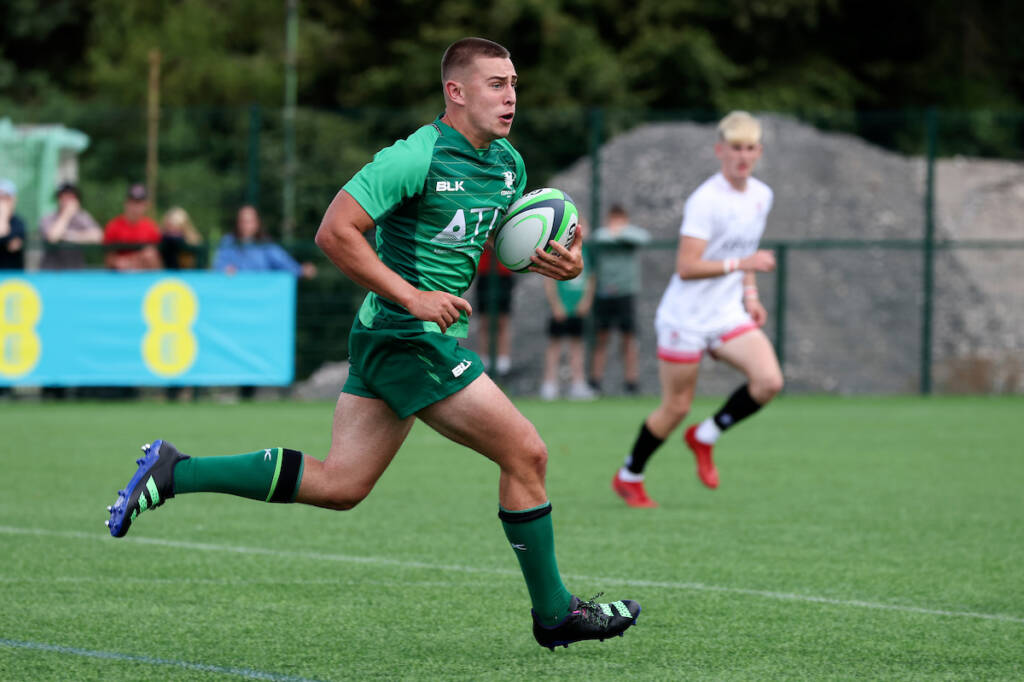 Despite losing full-back Cian Brady to the sin bin, Connacht seized the initiative through their hard-working pack. Hooker Sean Rohan rumbled over from close range to square it up again.

A Connacht penalty was pulled wide as Ulster reorganised due to second row Peter Bird’s yellow card, but the home side did fall behind for the first time when Murtagh combined neatly with replacement Sean Walsh.

A favourable bounce allowed the onrushing Walsh to gobble up his own chip kick and he released the supporting Murtagh who had the gas to sprint clear and score, leaving it 17-12.

Time was not on Ulster’s side, but their persistence was rewarded. They gained a share of the spoils when, after kicking a penalty to the corner, replacement hooker McCammon’s blindside break off a maul delivered five crucial points. 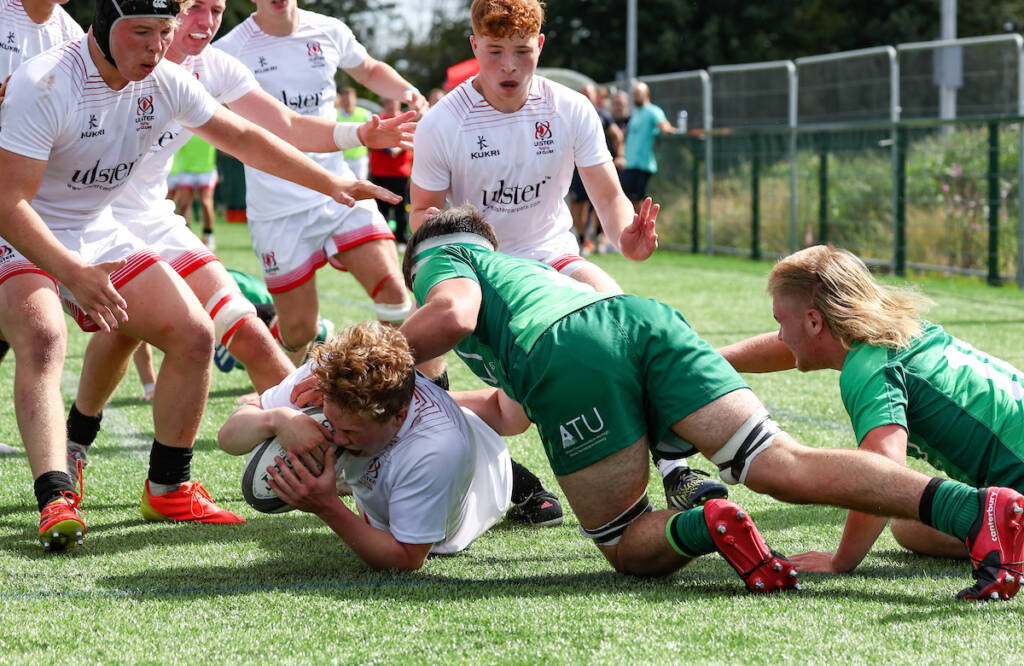 Leinster’s six-try 36-15 success against Munster has them top of the U-18 Clubs Interpro table, ahead of next Saturday’s second round trip to Athlone to face Connacht.

Meanwhile, Ulster, who travel to Musgrave Park to take on Munster next Sunday, are the early leaders in the U-19 Interpro Series after a dominant display against their Connacht counterparts.

Ireland Under-18 Sevens international Ben McFarlane caught the eye with a 20-point contribution made up of two tries and five conversions. Ulster hooker and captain Zac Solomon also touched down twice. 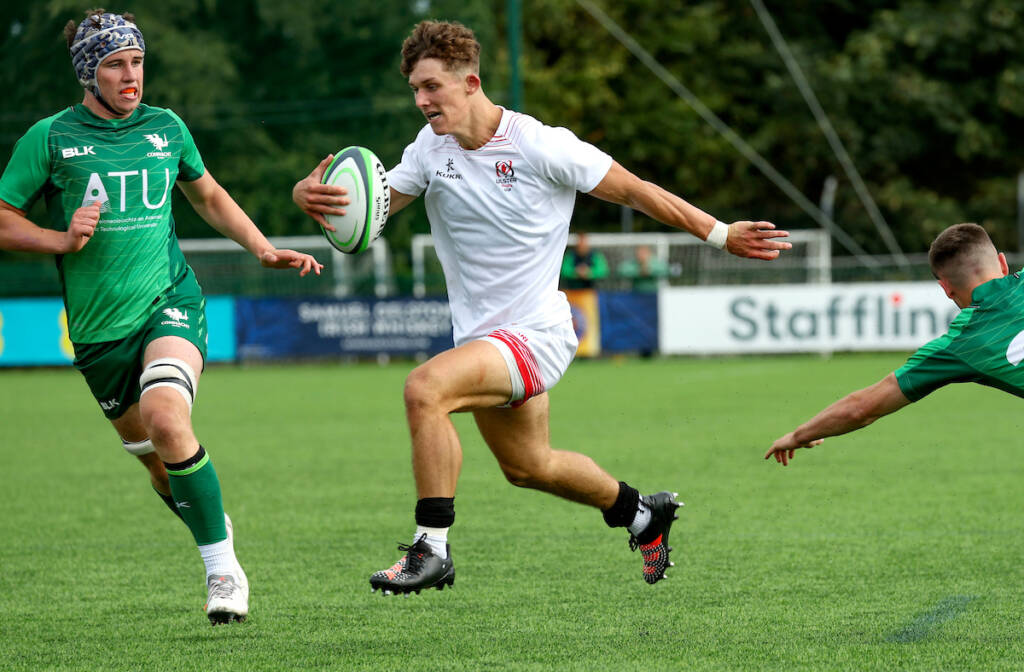 Lively flanker Josh Stevens got the ball rolling for Jonathon Graham’s charges inside the opening minutes. He used Bryn Ward’s inside pass to burst through a gap and score from just outside the Connacht 22.

With McFarlane quickly dispatching the conversion, Ulster soon built for a second try, scored in the right corner by Lukas Kenny after Flynn Longstaff’s powerful initial break and good hands from the backs.

The hosts managed to push 24 points clear, pocketing the bonus point in the process as Solomon crossed twice from well-executed lineout mauls. McFarlane was successful with one of the conversions.

However, Connacht then enjoyed a purple patch as McFarlane landed himself in the sin bin due to repeated team penalties. They got on the scoreboard with one of the best tries of the day. 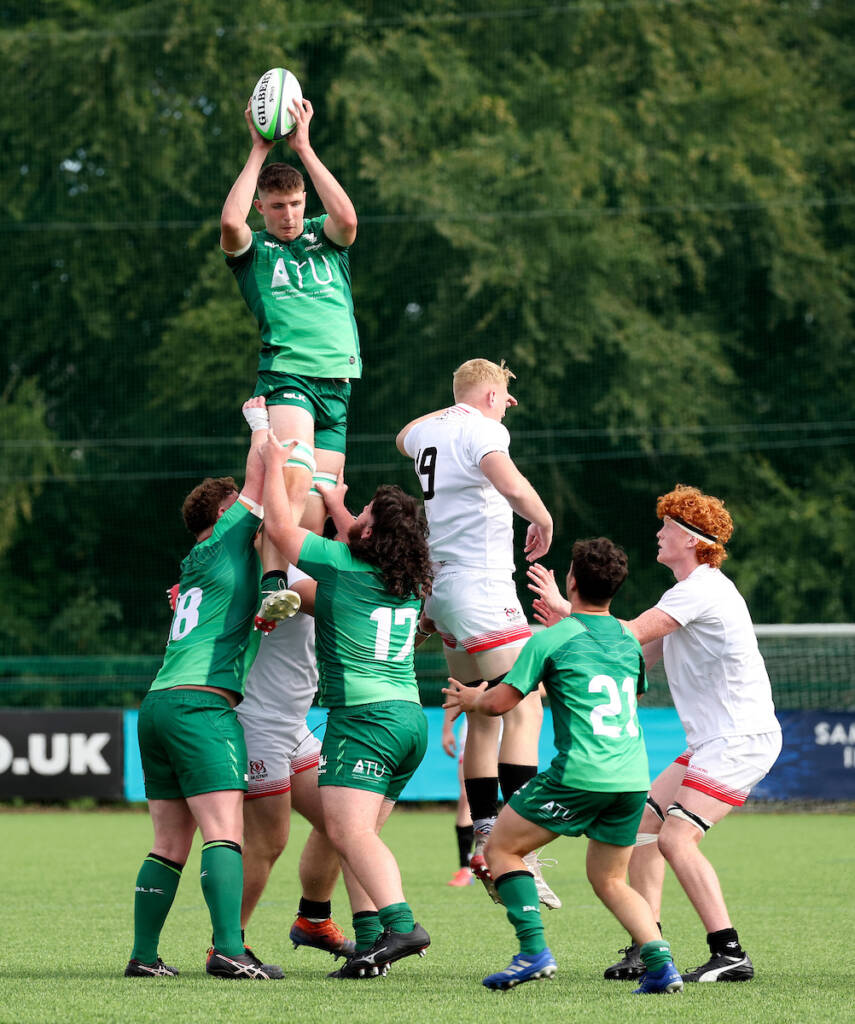 The westerners’ industrious back-line teed up classy centre Hugh Gavin, an Ireland U-18 Clubs international last season. He showed impressive strength to crash through several tackles and make the line, with Ryan Roche adding the extras.

Ulster had the final say before the interval, though, as RBAI number 8 Ward used another well-orchestrated lineout drive to power over from a few metres out, making it 29-7.

Graham’s side further extended their lead on the resumption, McFarlane streaking clear to tag on seven more points. Centre Rory Ellerby had cut open the Connacht defence with a nifty break and well-timed scoring pass.

The maul provided the platform for Ulster replacement prop Jacob Oliver to get on the scoresheet, but Connacht cancelled out that try when Ballina’s Blayze Molloy charged down a kick inside the hosts’ 22 and coolly collected the loose ball to score.

It was that man McFarlane who rounded off the scoring, with Matthew Booth expertly drawing in a defender to put the full-back into space. He stepped inside the cover to dot down at the posts and his conversion saw Ulster hit the half-century mark. 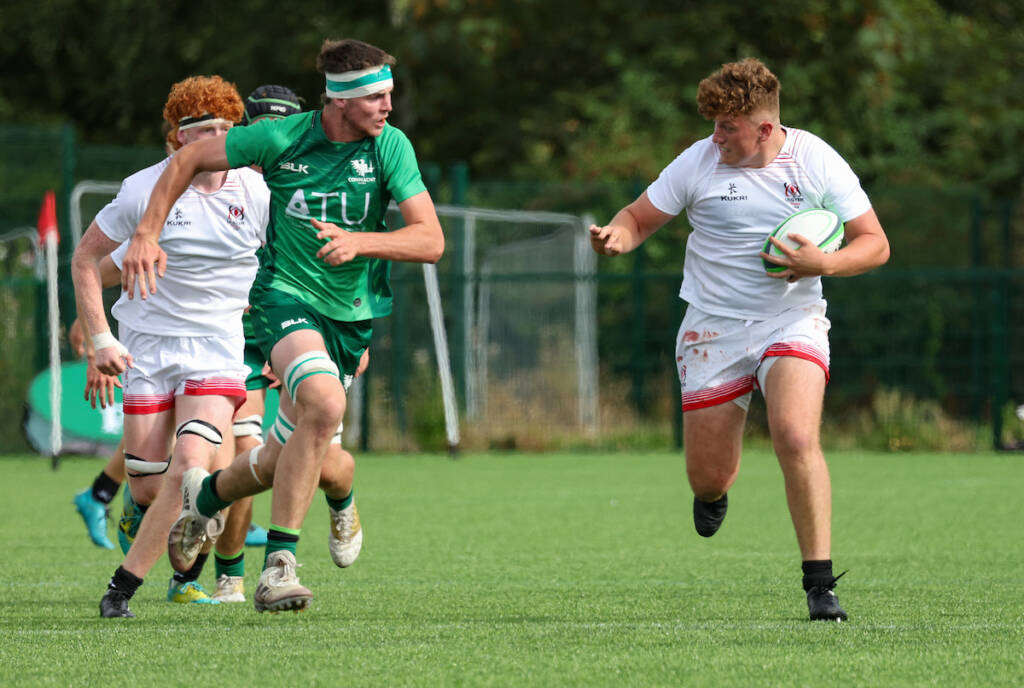