James Lowe’s smile and sunny disposition are beaming even brighter. Things are going well on and off the pitch. Just a few months into married life with Arnica, he is revelling in Ireland’s summer tour of his native New Zealand.

Helping Ireland claim a historic series win over the All Blacks tomorrow would top off a memorable time in Lowe’s life, the tour also affording him a chance to meet his niece for the first time and tag on three-week stay for more wedding celebrations in his hometown of Nelson.

The Leinster winger was a try scorer during last November’s electric home victory over New Zealand, but winning in the green jersey in Aotearoa – and getting a shot at series success – has been extra special for the former Chiefs player.

“If you told us that at the start of the tour, we would have bitten your hand off for it. Obviously we created a bit of history last week, but there was also that feeling that the job’s not done.

“Hopefully tomorrow we can put out a performance that we’re proud of and walk off (with) heads held high.”

Lowe, who turned 30 last Friday, has had a strong 2021/22 campaign with Ireland, scoring five tries in eight Tests – including his first Six Nations scores – and playing the full 80 minutes in each of his appearances.

His big left boot is a canny weapon in the Irish arsenal, and while a dropped pass in a try-scoring situation led to some frustration last week, Lowe remains a high-quality finisher and provides plenty of attacking threat out wide. 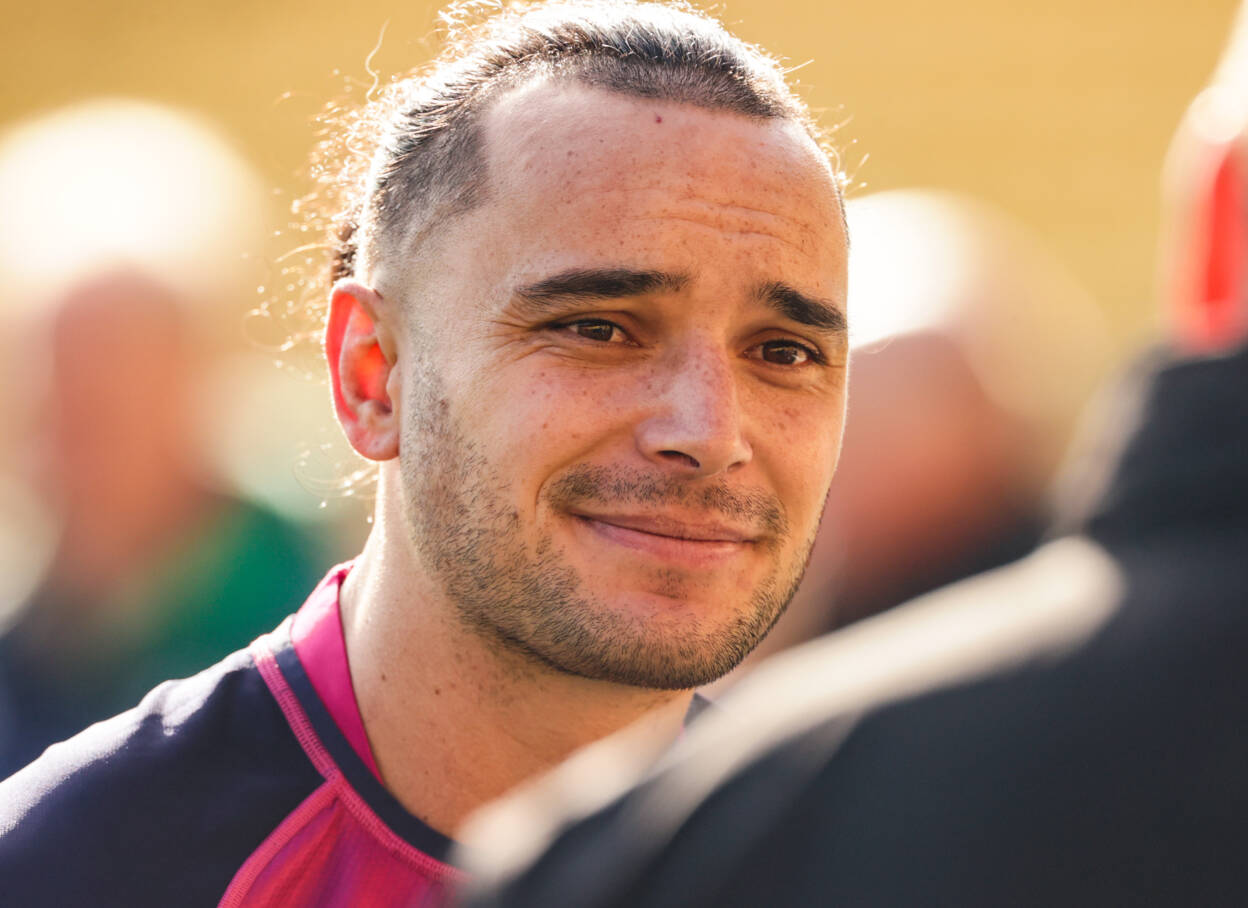 His individual statistics for the opening Test in Auckland included 13 carries for 48 metres gained and a slick assist for Garry Ringrose’s try in the left corner.

Targeting improvements to his own game and some key areas of the team’s play, Lowe admitted: “To tour in New Zealand with a game three decider tomorrow, it’s an amazing opportunity and something we’ll probably never get again.

What needs to improve? Everything really. Our shape in attack, our speed to get set, our defence, our kicking game needs to be on the money again. We need to put them under as much pressure as we can.

“Kick pressure, high ball, ruck, back-entry at the ruck. That’s all the things that go a long way to winning a rugby game.

“It’s about playing in the right areas of the field, and they probably controlled that in the first Test. We probably had the upper hand in the second Test. That’ll be a huge decider.”

Lowe has enjoyed plenty of good-natured banter with the locals, the Ireland squad being afforded a warm reception as the first international team to tour New Zealand for a Test series since France in 2018.

“They have been absolutely tremendous towards us,” Lowe said of the New Zealand supporters, and while the players are looking forward to playing in front of a capacity 37,500 crowd at Sky Stadium, the weather in Wellington is proving quite unpredictable.

“I know it’s pristine weather here (today) and barely any wind. But in a couple of hours’ time, it’s probably going to be swirly and seven o’clock tomorrow it could be even worse.

“I’ve played here twice and won one and we also lost to the Hurricanes in a quarter-final or a semi-final. This is an amazing venue, a packed-out Sky Stadium, extra seating around.”

That Ireland can field almost the same Test team for three weeks running – Mack Hansen and Bundee Aki have been the only changes – is testament to the players’ fitness and durability at the end of a long season, as well as the excellent work of the strength & conditioning and medical staff.

The squad that Andy Farrell took down to New Zealand is a mix of exciting young talent and more battle-hardened, experienced players, including captain Jonathan Sexton, Peter O’Mahony, Cian Healy, Conor Murray and Keith Earls as the touring party’s ‘elders’. 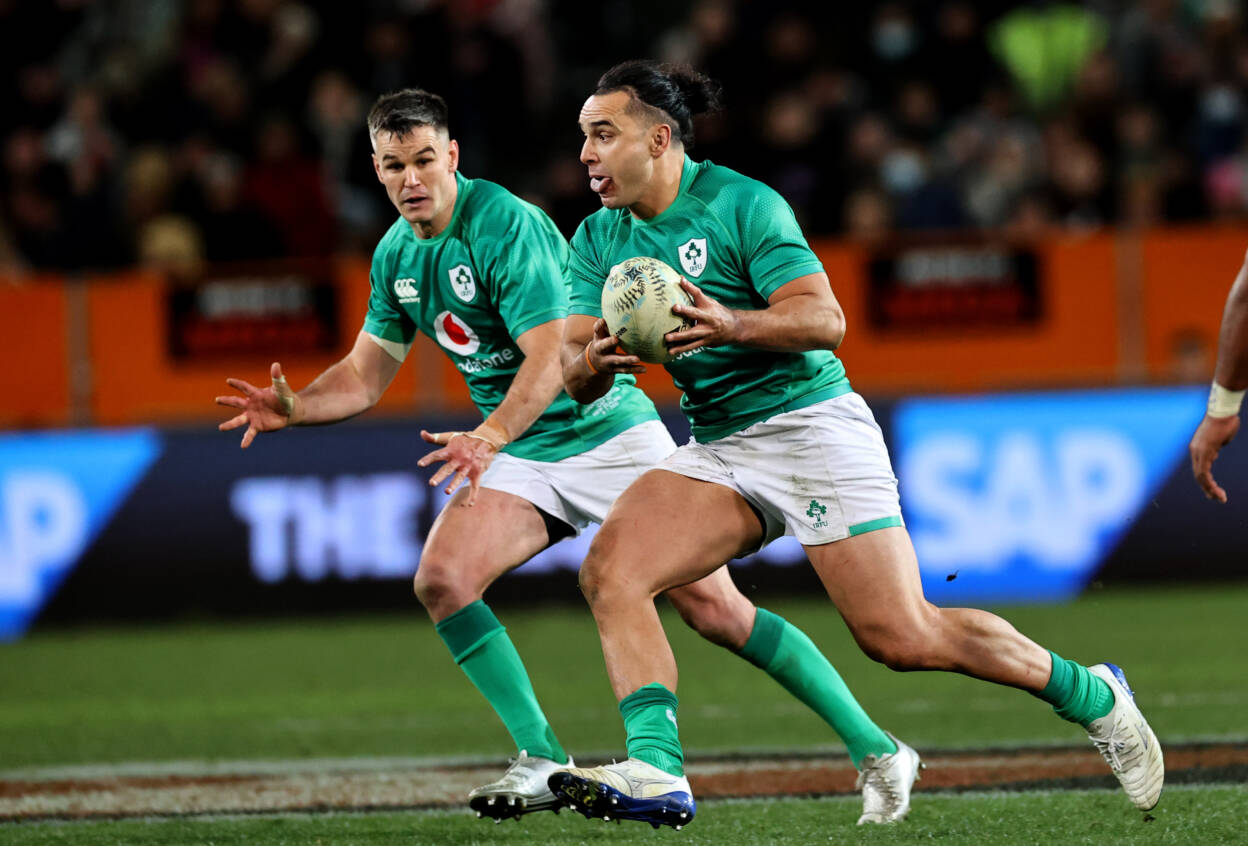 That quintet have accumulated a whopping 505 caps between them, and the enjoyment factor – O’Mahony has been ‘loving every minute’ of being part of the current set-up – has translated to a Triple Crown and an encouragingly consistent set of results.

With one big final push to come in New Zealand’s capital city, Lowe acknowledged: “We’re just clicking at the right times. There’s a lot of youth, there’s a lot of old statesmen of the team who are really playing good footie.

“It’s been a long season, that’s never an excuse, but the boys are playing their best rugby when needed and that’s what you need when it comes to international footie.

“Tomorrow’s going to be hugely exciting and (we) can’t wait for it. Even the old boys, there’s still a bit left in the bones! They’ll be definitely up for this one.”