Peter O’Mahony says Ireland will bring a ‘cup rugby’ mentality into Saturday’s second Test as they seek to square up the Test series against the All Blacks.

Andy Farrell’s men are bidding again to create history on New Zealand soil, with Ireland playing under the roof at Forsyth Barr Stadium for the first time since their 2011 Rugby World Cup pool win over Italy.

Farrell was part of the England coaching team in 2014 when they lost 28-27 there to the All Blacks, and he is priming his current charges for ‘an electric atmosphere’ and a game which will see ‘the ball fizzing around’.

O’Mahony stepped in as captain following Jonathan Sexton’s injury-enforced departure during the first Test, and the Corkman is licking his lips at the prospect of avenging last week’s 42-19 defeat.

“It is not the week to be feeling sorry for yourself. Obviously (a) quick turnaround, we had to get stuck into the review early. Back on the wagon this weekend,” he said.

“This is another opportunity for us as a squad to show what we can do. I think we showed some patches of how we can perform last weekend, so the challenge for us now is putting it together across a bigger period of the game.

“Obviously they will have their purple patches, but I think our challenge is to have a bit more consistency across our game.”

Ireland ended up with 58% possession and 60% territory last Saturday but could not translate that onto the scoreboard, with some costly turnovers and penalties giving New Zealand the platform to strike as only they can.

Bringing that error count down and sharpening up the scrum and lineout are key targets for O’Mahony, who picked up one turnover, won three lineouts and stole a New Zealand throw during the opening Test.

“I think we’ve got to hold onto the ball a little better at times, be a little more patient,” admitted the 32-year-old flanker, who now has 85 Ireland caps to his name.

“We certainly have got to give ourselves more of a chance with (cutting down) some of the silly penalties we gave away last weekend.

“Set-piece wise we lost a handful of lineouts, a couple of scrum penalties, three I think. They are areas that we have to (get right) against a team that has their quality.

“You need to be denying them that access. They are certainly areas we need to work on.”

The Munster captain has experienced his fair share of success and disappointment in previous duels with New Zealand, producing arguably the best performance of his international career when Ireland won that 2018 tussle at the Aviva Stadium. 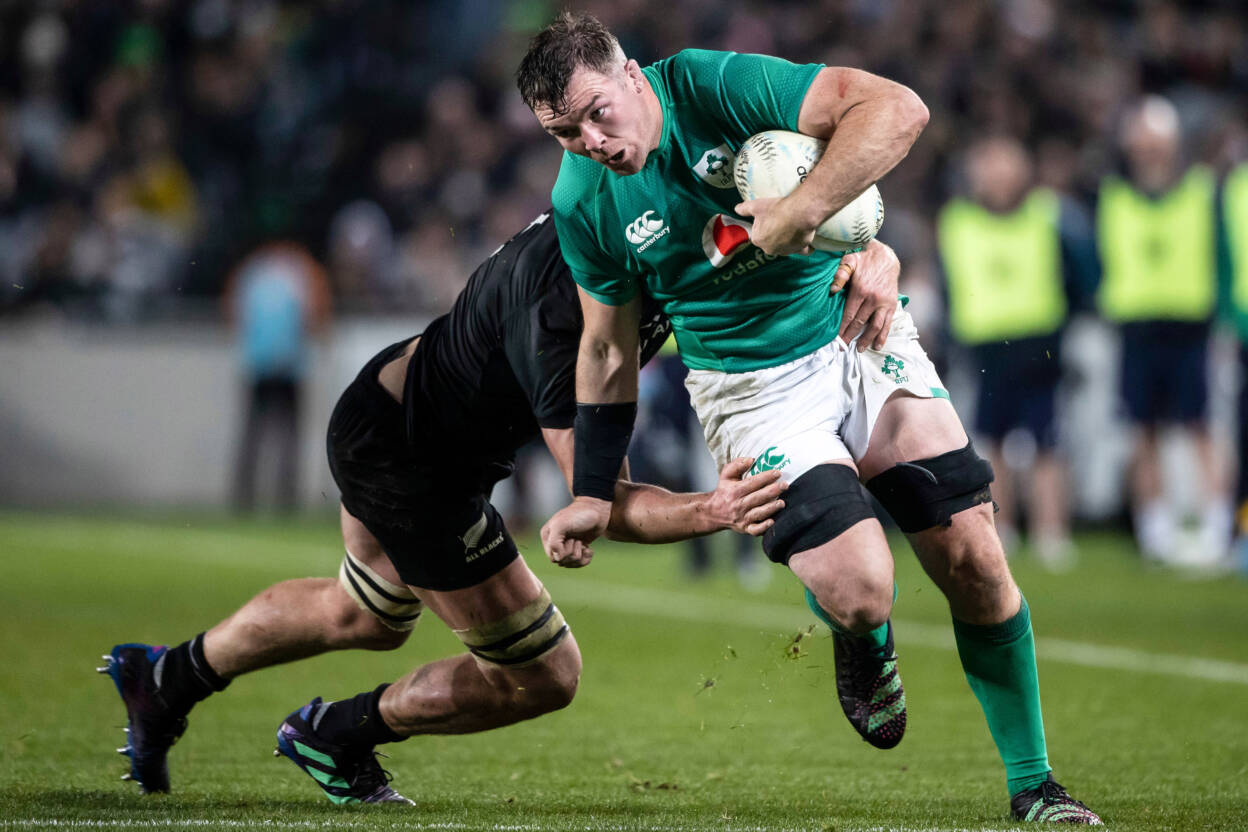 His lineout jumping and breakdown nous were to the fore that night in a 16-9 victory, and he also had an impactful cameo off the bench during last November’s 29-20 triumph over Ian Foster’s side.

A repeat result requires Ireland to be at their peak both individually and collectively, with O’Mahony insisting: “It always has to be one of our best performances when we do beat the All Blacks. These are the teams you are coming up against, the very best in the world.

You can’t have parts of your game that are strong and parts that aren’t. You have to have a complete performances and that’s what it takes to beat the quality teams.

“It is cup rugby stuff, back to it again. There is no beating about the bush either. Ireland have never won over here, so a series win, with history to be made, it is all on the line for us this weekend.”

With that in mind, O’Mahony is glad to have skipper Sexton on board for the rematch in Dunedin. The out-half passed the HIA 2 and HIA 3 tests this week – meaning he does not have a confirmed concussion – and has been cleared to play.

New Zealand head coach Foster is anticipating that ‘the Irish will throw everything at us this week to keep the series alive’, and Sexton, a vital cog in the green machine as a leader and playmaker, is sure to be at the heart of that.

“We want to be dealing from a full deck. We want to be playing with as full a bill of health as possible and there isn’t anyone you can say you can afford to have out with regard to having three games in the space of nine or ten days.”