Tadhg Furlong is targeting a much stronger set-piece showing when Ireland take on New Zealand in Saturday’s second Test in Dunedin.

Furlong admitted the Irish scrum had an ‘average’ performance in the series opener, and the All Blacks were also able to put some pressure on the lineout as they began their international season with a 42-19 win.

The heavier New Zealand pack held the edge, the depth of their front row ranks contrasting with the tourists who have been unfortunately hampered in that area due to injuries and a Covid-19 case.

Confirmation today that the final few tickets have been snapped up for the remaining Tests in Aotearoa adds to the excitement levels, with a sell-out crowd of 28,500 set to watch the action under the roof at Forsyth Barr Stadium.

Speaking about preparations for the second Test and the mood in camp, Furlong said: “Yesterday (Monday) we had a lighter day, a thinking day. Getting around in small groups, having chats, seeing what we could fix up.

“Obviously we’re throwing that out onto the pitch today and push it on again tomorrow. Energy levels are good. I suppose it’s all on the line this weekend.

“Everyone’s holding up. Yeah, there’s a few knocks and niggles in the squad, of course there is at the end of a season. I think energy-wise and motivation-wise everyone is pretty good.”

It was a mixed night for Ireland’s scrum, tiredness certainly a factor during the closing stages with Andrew Porter kept on for the full 80 minutes and Dan Sheehan, who put in a big shift at hooker, having to return to the pitch due to Dave Heffernan’s head injury.

Furlong said that the forwards are working hard on making the necessary adjustments for round two of this intriguing series, with the set piece guaranteed to be a key battleground.

“I think we coughed up three there in the game,” he said of the scrum. “So obviously, look, it’s a big area and it’s an area we’re trying to get better in as always.

As a group, we put it on ourselves and just try to take care of what we can take care of, and get better for it. Set piece is so big in the modern game.

“Probably on both counts (scrum and lineout) we probably didn’t get what we wanted out of it. We’ve spent a lot of time on it this week.

“Obviously we have that little bit more time as it’s a standard week for us because we don’t have two games in it. Just putting the time in and getting about our work.”

Robbie Henshaw was the only member of the current Ireland squad that played in the British & Irish Lions’ 23-22 defeat to the Highlanders at Saturday’s indoor venue in June 2017.

The Otago Stadium, as it was known for the 2011 Rugby World Cup, has fond memories for Keith Earls who bagged a brace of tries there on his 24th birthday when Ireland beat Italy 36-6 in a pool match.

Ahead of Ireland’s departure for Dunedin tomorrow, Furlong said: “I was there (at the stadium) in 2017. I didn’t play but I remember watching the (Highlanders-Lions) game. It’s a cool stadium, isn’t it?

“Obviously with the roof on, it’s not huge by numbers but I remember the atmosphere was electric down there for that game. We can’t wait to go down.” 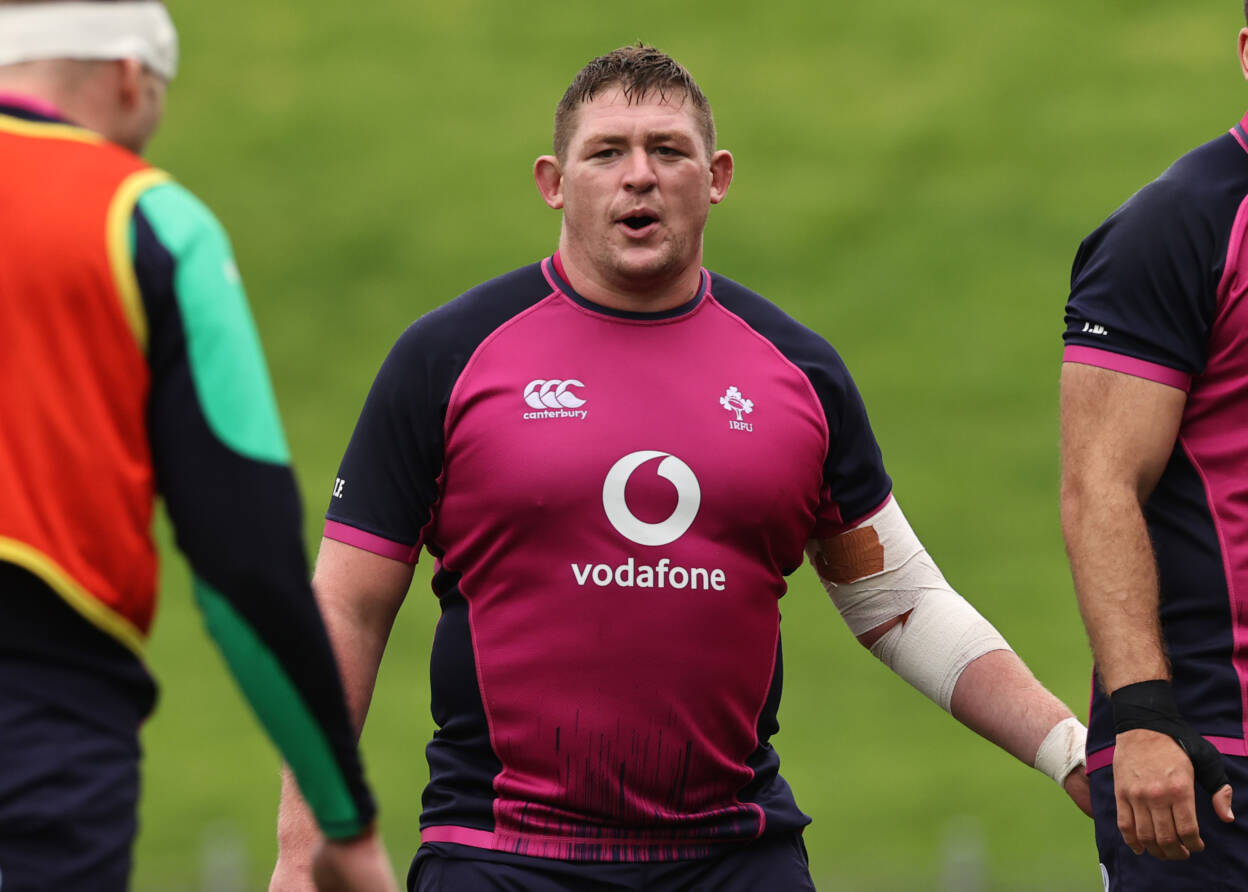 Ireland may have scored three tries in that opening Auckland encounter, but they left a number of other hard-earned opportunities behind them. Being sharper when in scoring range is vital to their chances of levelling the series.

“(Being clinical) is a huge part of the game,” admitted Furlong. “You see the All Blacks when they got a few chances. First phase, second phase, gone. Seven points.

“It’s a massive part of the game in being clinical with the opportunities you get because it is Test match rugby and it’s hard to create opportunities, hence when you get them it’s important that you take them.”

Agreeing that last week ‘felt like a Lions week’ given that Andy Farrell’s men played two games in quick succession, the 29-year-old tighthead spoke of Ireland’s ‘no-excuse kind of mentality’ on tour.

He said it is about ‘trying to make the best of whatever situation you’re in’. “Just adapting, putting the head down and getting on with it,” he insisted.

As much as Ireland’s focus will be on themselves this week and where they can make improvements, Furlong is expecting the All Blacks to come out stronger again with some of their sidelined backs, including the in-form Will Jordan, fit to return.

They will be missing a talismanic figure up front, though, as veteran lock Sam Whitelock, who wielded plenty of influence at Eden Park last weekend, has been diagnosed with delayed onset concussion. 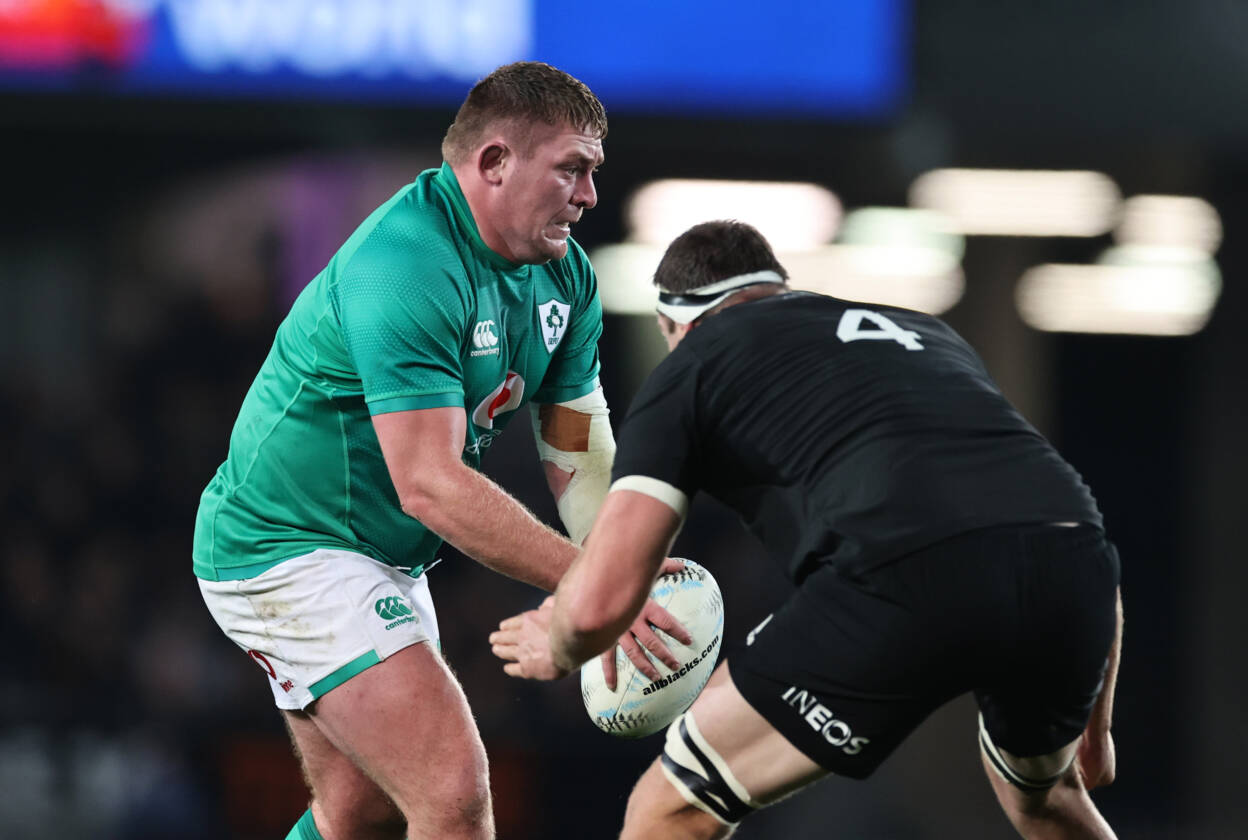 Commenting on Whitelock’s absence for the second Test, Furlong said: “It doesn’t change a massive amount for us, because I suppose we still have to try and look after our own stuff as best we can.

“But from an All Black point of view, he’s such an influential player for them. Especially a lot around lineout time, contact time, etc. You saw him in that third playmaker role a few times actually at the weekend.

“I don’t doubt the All Blacks squad, they have plenty of people there and quality in depth. Obviously he’s an unbelievably experienced rugby player.”

He added: “Last week was their first hit-out in a long time, and obviously they had disruption in their camp. We’ve seen them try out a small-bit-different phase shape, hitting that third man and playing out the back a bit.

“I’m sure it’s just about getting a bit more familiarity with that. If I was in their camp, it would have been great for them to get that first hit-out. Some of them haven’t played since Super Rugby and the final.

“I’m sure they’ll be working hard. It’s hard to second guess what they’ll do. I’m sure just getting a bit more synchronised within it all.”