The youngest and oldest members of Ireland’s matchday squad spoke on the eve of the first Test about the challenge of ending New Zealand’s outstanding unbeaten run at Eden Park.

For hooker Dan Sheehan, this will be his first time to play the All Blacks and the opportunity comes at the end of a debut international season which has earned him seven caps and three starts.

Now 23, he was not yet born when New Zealand last lost a Test at their Auckland fortress back in 1994, while he was an aspiring schools player with Clongowes Wood College when Ireland toppled the Kiwis for the first time in Chicago six years ago.

Those three starts during the recent Guinness Six Nations, including a try-scoring player-of-the-match performance against Scotland, whetted Sheehan’s appetite for more and he is understandably itching to get going tomorrow.

“At the start of my season, coming to New Zealand for a summer tour was definitely one of my main goals,” he said, speaking pitchside at the Captain’s Run in Eden Park.

“With all of the history that is here, how hard it is to win here, it’s something special that we get to have a crack at the All Blacks at their own ground.

“It builds it up itself, I think. Any All Blacks game is going to be a massive game and it’s going to build up in your mind. I can’t wait to get out and play a bit more rugby and see how we go over the next few weeks.”

A powerful, pacy and dynamic front rower, the Dubliner could be about to play a central role across the Test series. He has grasped his opportunity with Ronan Kelleher missing the tour through injury, while Rob Herring picked up a knock in training.

Sheehan is expecting New Zealand to try and give Ireland a taste of their own medicine after last November’s 29-20 loss in Dublin. Incredibly, they are unbeaten in 46 Tests at the ground which is known as New Zealand’s national stadium.

“We’ve been thinking about this game all year, especially after the autumn game,” commented the Leinster forward, who was presented with the province’s Young Player of the Year award last month.

We’re expecting a reaction and we’re ready for whatever comes tomorrow. I’m sure they want to get a bit of revenge on us for winning over in the Aviva. But our motivation is at the top level as well.

“They haven’t lost here in 28 years – I wasn’t born – so that has its pressures. But, at the same time, it’s a massive opportunity for an Irish team to come over and win on New Zealand soil for the first time.

“We’re expecting a big crowd, a big apprehensive environment and we’re used to it. We’ve gone to various big stadiums across the world and we expect it to be buzzing here tomorrow night.”

Meanwhile, for Jonathan Sexton, the squad’s captain and ever-enduring talisman, this will be his 15th Test appearance against New Zealand, including three for the British & Irish Lions during the 2017 tour.

Not many players can say they have beaten the All Blacks four times, but Sexton was instrumental in Chicago and twice at the Aviva Stadium, scoring 26 points in the process, as well as playing his part in that Lions victory in Wellington.

With that proud recent record in the fixture, can Ireland now upset the odds in Aotearoa? Sexton is quietly confident they can achieve something big on this tour, although it will certainly take a mammoth effort.

“You don’t come together, turn up on a Monday and suddenly beat the All Blacks at the weekend. It takes a couple of years,” said the out-half, noting the number of defeats Ireland endured before finally making the breakthrough in 2016.

“The first time in 2013, we nearly beat them but those habits weren’t formed of high standards in training day in, day out. To catch up with New Zealand, that’s what you need to do.

“You need that throughout your whole organisation and the IRFU has done that brilliantly over the last while and that’s why we’ve done it (beat them three times).” 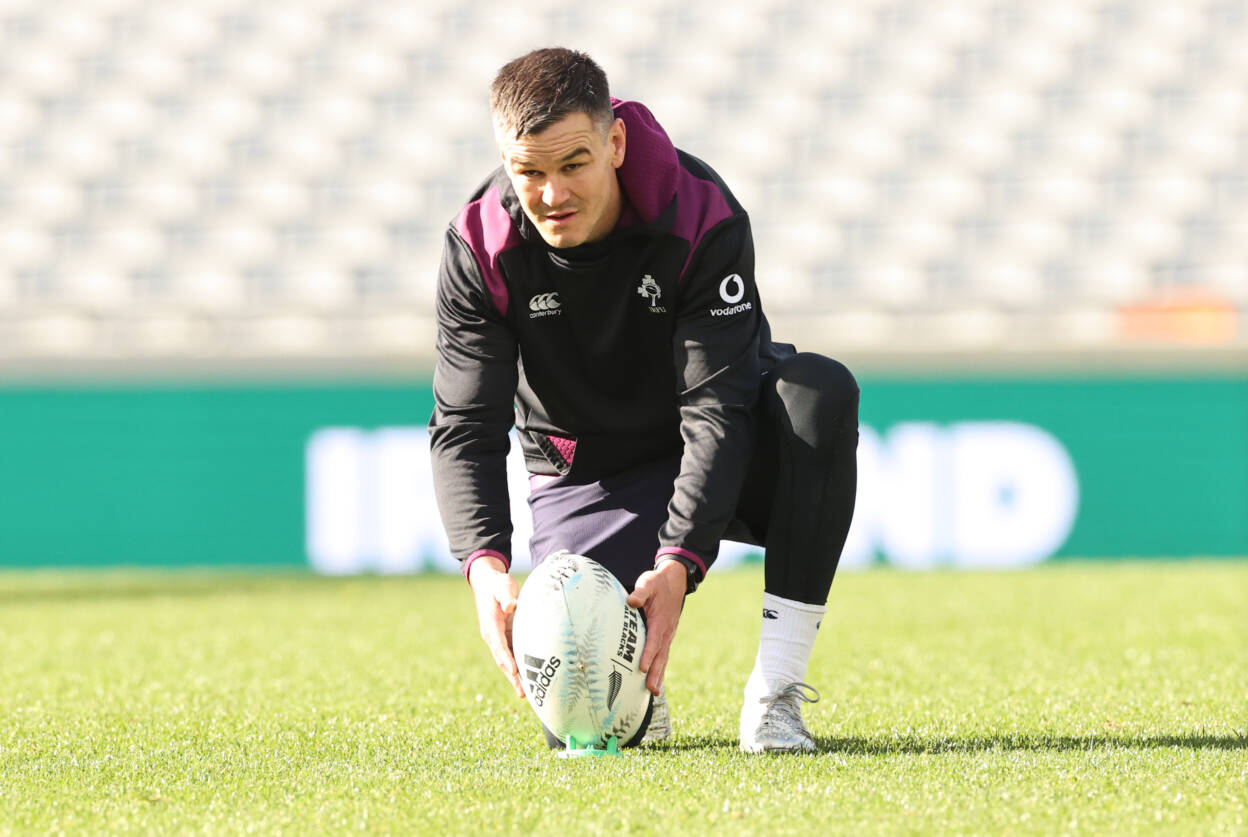 Barring a few notable injuries, Ireland have been able to go full tilt at this opening Test, veterans Keith Earls and Peter O’Mahony being brought in to beef up the starting XV to a total of 670 caps.

New Zealand have exciting 22-year-old Crusaders winger Leicester Fainga’anuku making his debut and fellow youngster Quinn Tupaea starts at inside centre, but it is a mostly settled side led by Sam Cane from the back row.

Although Ian Foster’s charges have not played together since losing those back-to-back November games to Ireland and France, the home support are expecting a strong start to their international season.

The motivation is just as high for Sexton and Ireland, with the former World Rugby Player of the Year saying: “We’re very proud of those results (three wins out of the last five meetings). The guys that have been a part of that are very proud to do that.

“But you don’t want to let that go. You want them to respect us even more now. We often said that the only way to get them to fully respect you is to beat them.

“The plucky losers’ tag is not enough to earn their respect. You’ve got to beat them. To do it down here would be very, very special, especially in Eden Park.”