He was also the first Irish winner of the EPCR European Player of the Year award in 10 years, and while silverware eluded Leinster, he did help Ireland claim their first Triple Crown since 2018.

Now the goal is to lift his ultra-consistent performances to another level again as Andy Farrell’s men chase a historic first win over the All Blacks on New Zealand soil.

They will have three bites at it in Auckland, Dunedin and Wellington, where the challenge of trying to replicate Ireland’s impressive home form is something van der Flier is clearly relishing.

“We’re all competitive people, it’s probably why we’ve ended up playing sport for a living. It’s what you want to do, you want to play in those big games, the hard games,” he said.

“I suppose the more that’s up against you the more rewarding a victory would be and the more of a challenge it is as well. Certainly it’s a very exciting prospect.

“Playing New Zealand in New Zealand is exactly where you want to do it. We’ve had wins against them when they’ve been away from home, so certainly the challenge is upped a bit but it’s where we want to be.”

Van der Flier has had cruel luck regarding Ireland’s most recent visits to southern hemisphere heavyweights. Ankle surgery meant he was sidelined for the 2016 tour of South Africa, while a season-ending ACL injury ruled him out of the 2018 trip to Australia.

Not being selected for the British & Irish Lions squad last summer was also a big disappointment, which he used to fuel a superb 2022/23 campaign for him in the blue and green jerseys. 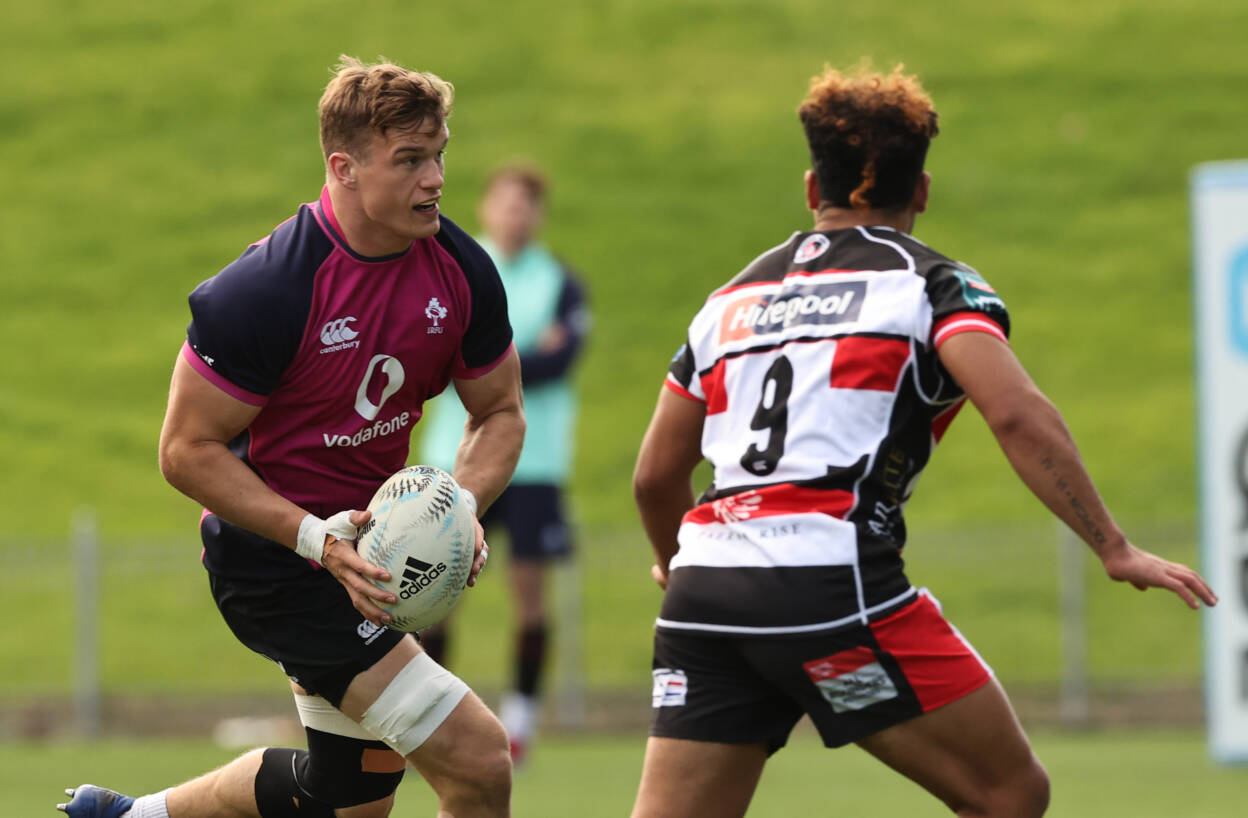 The 29-year-old flanker has pitched up in New Zealand with an ever-growing reputation, which has been bolstered by an increased ball-carrying threat that complements his excellence at the breakdown and in the tackle area.

He admitted in the past that watching games from the stands can be ‘frustrating’, but there were some valuable lessons to take forward for the rest of the tour from last night’s 32-17 defeat to the Māori All Blacks.

Sitting between Andrew Porter and the injured Rob Herring at a good vantage point, van der Flier was impressed with the clinical finishing of the Māori side in cold and wet conditions in Hamilton.

“There’s always things you can learn from every game. The Māori All Blacks were pretty impressive, they were very physical. They took their chances really well, which I think is the same thing we can expect from New Zealand.

Looking back and we did a little review of the game earlier, I think a lot of the stuff was within our control. Discipline could have been better, small little things that you can’t really get wrong.

“The second half we put in a much better performance, but I suppose the game was probably a bit away from us at that stage. Certainly there were things we can learn from it.

“There’s always positives to every loss in that you can take a few learnings from it, so hopefully we’ll do that for Saturday.”

Van der Flier’s record against New Zealand is played five, won three and lost two. He first came up against them with the Ireland Under-20s back in 2013, losing a tight pool game to a Baby Blacks team led by a certain Ardie Savea.

He is not daunted by the Eden Park factor, the All Blacks’ famed 46-match unbeaten streak at the venue adding to their aura as perennially the world’s best team. 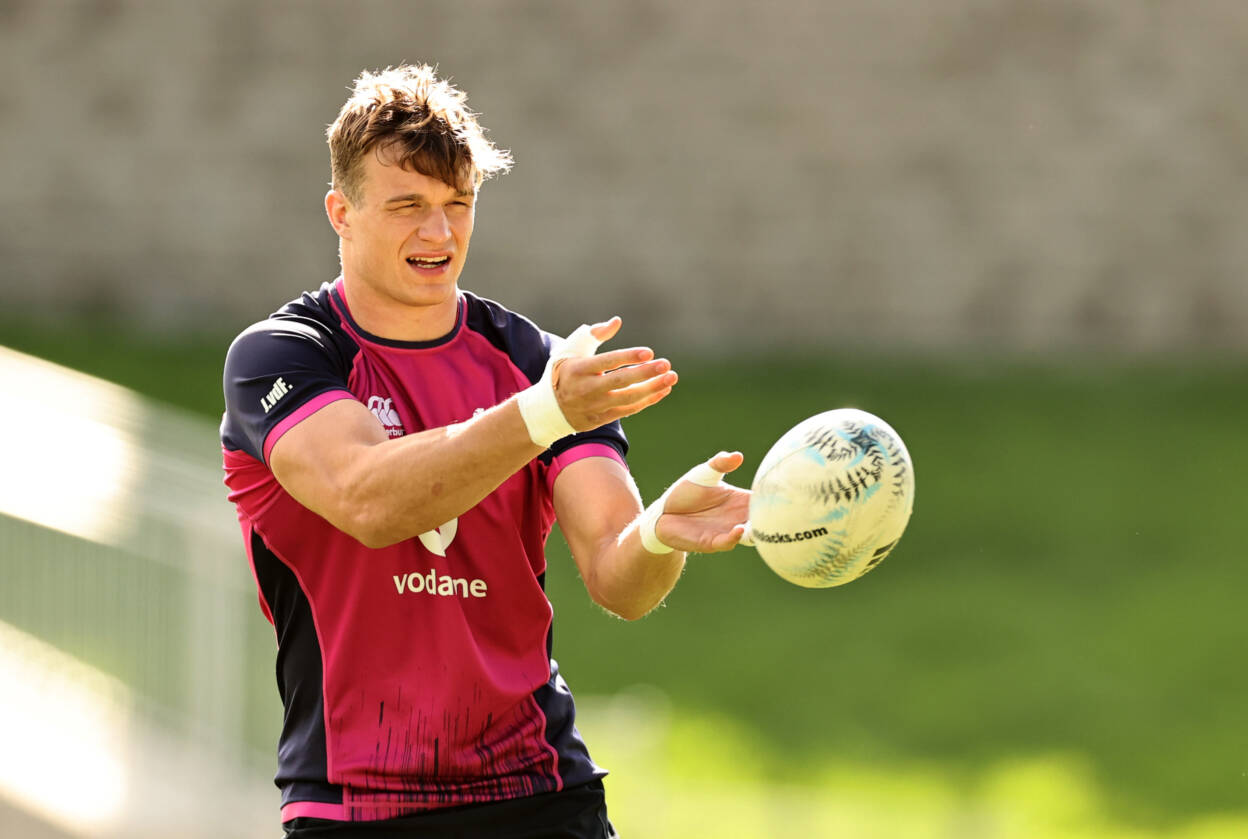 A sell-out crowd of 48,300 will watch the series opener, and the Wicklow man is looking to make the most of the opportunity to play at a stadium that has hosted two Rugby World Cup finals.

“It’s one of those grounds around the world that you would have watched on TV. It’s one of the great grounds that you’d want to play at.

“The record that they have there (stretching back to 1994) makes it all the more special to play and to give it our all. Very, very excited personally to get to play in the ground. It’s a great opportunity for us.”

Kick-off cannot come quick enough for the 40-times capped back rower, who last lined out for Leinster three weeks ago when they lost their United Rugby Championship semi-final to the Vodacom Bulls.

The countdown to the start of the series is almost over and with ‘everyone buzzing to play’, van der Flier said of the build-up: “Even if you’ve played a few Test matches in a row, or it’s your first Test match in a while, there will still be those bit of nerves beforehand but certainly excitement.

“I think from the tour point of view, it’s always good to get games underway. Not the result we would have wanted (last night) but we’re up and running.

“You’re kind of training for a week or so – it can sometimes have a pre-season element to it – just building and waiting and waiting to play. We’re ready to go.”