Ireland head coach Andy Farrell is hopeful that experienced prop Cian Healy will be fit for a bench role against New Zealand in Saturday’s first Test.

There was a lot of concern for Healy after he went off with an ankle injury during the second half of the Māori All Blacks. However, the Ireland management were able to issue a positive update earlier today.

Having included the Dubliner as a replacement for the series opener in Eden Park, Farrell said: “I think he had a bit more of a scare than anything else. He recovered pretty quickly in the changing room after the game.

“He’s still a bit sore this morning. He’s obviously going through a few protocols now with the rehab, etc., but we’re going to give him through to tomorrow. He’s made such improvement, we’re optimistic about that.”

It is a very short turnaround for Ireland’s touring party on the back of the 32-17 defeat to the Māori side, but the wider squad has regrouped well and it is full steam ahead for their return to international action.

Preparations for the opening Test included a ‘live’ training session today against NPC side Counties Manukau at North Harbour Stadium, and Jonathan Sexton and his team-mates will have the Captain’s Run tomorrow at Eden Park.

The world famous Auckland ground will bring back some fond and not so fond memories for Sexton. He was one of five members of the current squad that played there in the 42-10 defeat to the All Blacks in June 2012.

Past triumphs, including last November’s 29-20 victory over New Zealand in Dublin, will be far from minds once the series gets underway on Saturday and Farrell knows only the best will suffice if his side are to prevail.

Noting the depth in the selected New Zealand squad, he acknowledged: “It’s a pretty good side. I know they’ve one or two injuries and so have we. At the same time, I think they could pick four teams in New Zealand and they would be unbelievably hard to compete against.

We’re under no illusions what we’re up against at the weekend. Like I’ve said to you before, any type of performance that we’d have before where we’ve managed to get over the line that won’t do this weekend. I’m sure about that.

“What really wins top level rugby is always going to be the same. Your set piece, our discipline was pretty poor last night – there’s been good chat in and around that – and obviously the accuracy of our game in general.

“So all that needs to come to fruition under extreme pressure. It’s difficult to do, but we’re in a good enough headspace to be able to attack that full on come the kick-off on Saturday night.”

Earls, who backs up from the Māori game, and Peter O’Mahony bring 180 caps’ worth of experience to the starting XV for Saturday, the latter’s inclusion at blindside flanker seeing Caelan Doris move to number 8. 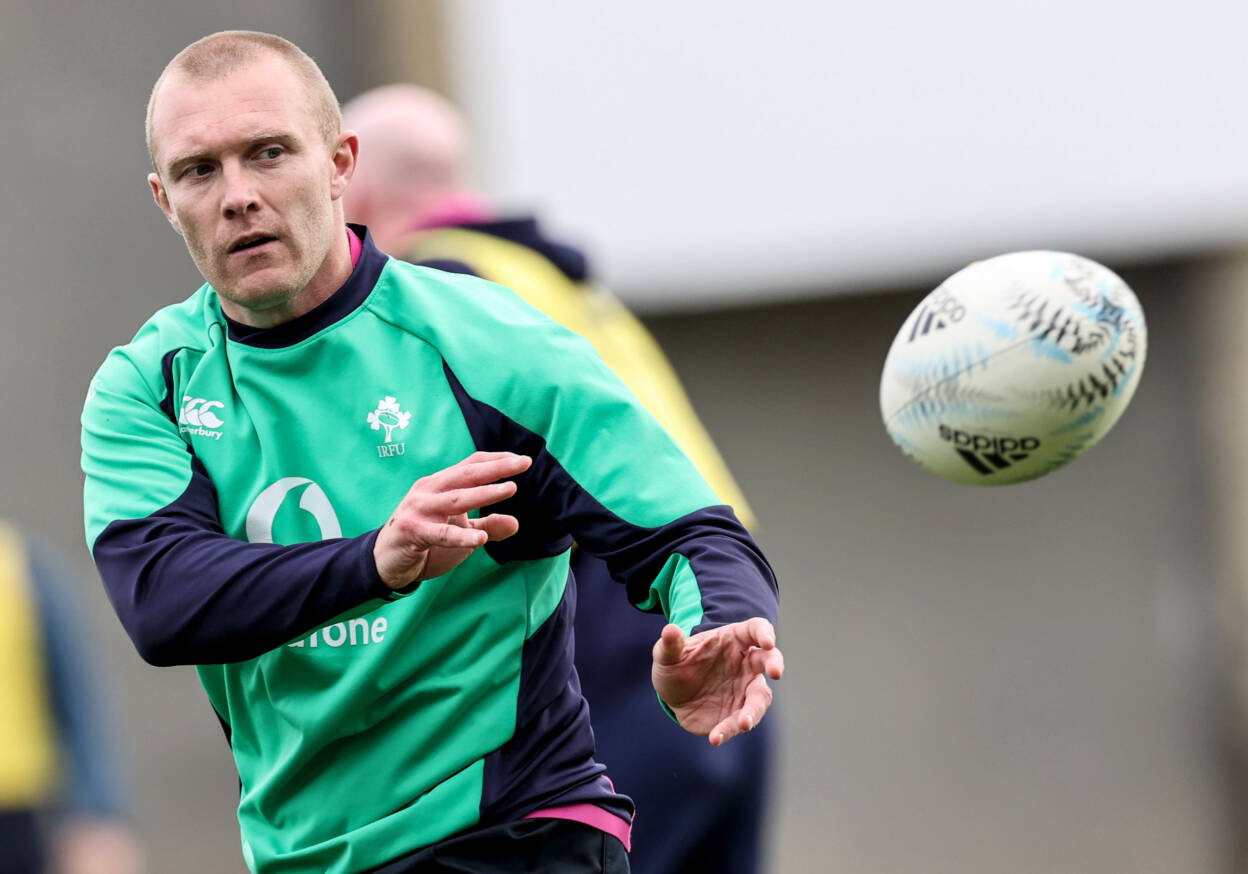 Earls has won the battle for the right wing spot, edging out Jordan Larmour with Mack Hansen sidelined this week with Covid-19. The Limerick man played in the 2018 and 2021 wins over New Zealand.

On how they have moved on from the loss to the Māori All Blacks, Farrell explained: “We’ve had a great meeting this morning of learnings, with the Test side and the side from last night. Feeding back to one another and their understanding of what happened out there.

“Good learnings from the Test team of what to expect and how they’re going to implement those changes, etc., through the group. That’s what it is all about, this tour. Giving guys experience. You don’t know until you know.

“It’s great to have the other boys watching them. They’ve got their backs and they’re really keen on making sure they help them along their journey as well.”

Unfortunately, it looks like James Hume’s tour may be over before it truly got going. The 23-year-old Ulster centre had to be replaced with half an hour remaining in last night’s uncapped game.

“It’s not looking too great. Obviously we’re only a few hours after the game so people do tend to wake up pretty sore,” the Ireland boss said of Hume.

“But it’s not looking great for him. He has a groin issue that we’re going to get checked out MRI scan-wise.”