Caelan Doris had the Aviva Stadium crowd erupting when he tore through for his try against New Zealand last November – an indelible moment on one of Irish rugby’s best days.

Player-of-the-match that night, the plaudits continued for Doris with a Rugby Players Ireland Try of the Year award and an unsurprising namecheck on allblacks.com as one of Ireland’s players to watch out for on the summer tour.

Now, with the first Test almost upon us, the Ballina-born back rower is licking his lips at the prospect of taking on New Zealand again and chasing a historic first win in Aotearoa.

Ireland have never beaten the All Blacks on New Zealand soil in twelve previous attempts, coming closest in 1992 (24-21) and 2012 (22-19), and Ian Foster’s men are also protecting a formidable Test record at Eden Park.

Speaking following the team announcement, Doris said: “Obviously it’s not the end of their season like it was last time. They’re in their comfort zone, they’re unbeaten at Eden Park since 1994. They’ve got that track record there.

“But it’s massively exciting for us to come over to their backyard, the best nation in the world, and try to create a bit of history by winning there. It would be a pretty special thing to do.

“It’s going to take an 80-minute performance, being at our best for all of it. We know we’re going to need to be better than we were in November and we think we’ve taken some strides there.”

Ireland have come down to New Zealand as Triple Crown winners for 2022, winning twelve of their last 13 Tests, but claiming significant scalps in the southern hemisphere has been a rare occurrence for them.

The 2-1 series success in Australia four years ago stands out, as does the 2016 summer tour when they beat the Springboks on South African soil for the first time.

Doris reckons the current squad are on an upward curve, mindful that New Zealand will be all out for revenge and that the size of Ireland’s task is doubled from Dublin last year. 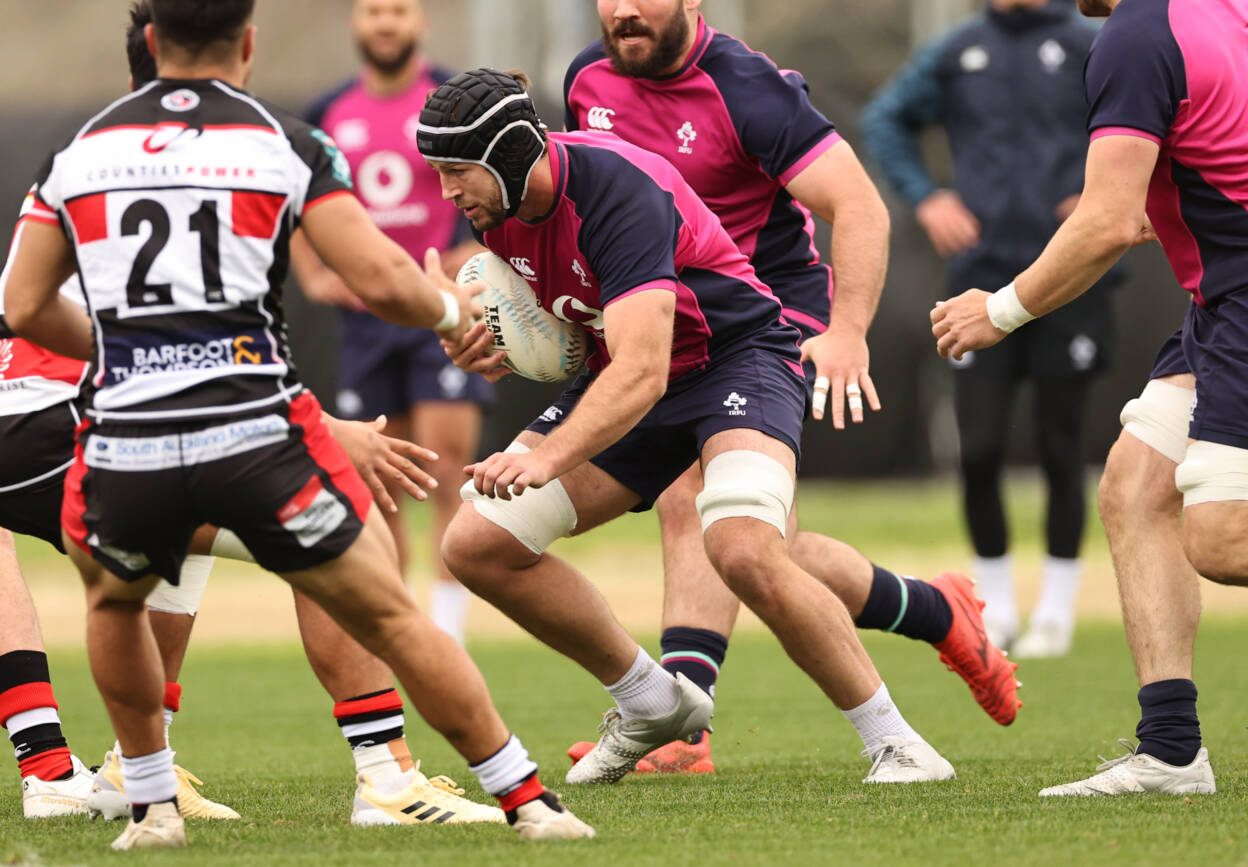 Quietly confident that they can deliver a big performance first up, he admitted: “I think there’s huge belief in individuals, in ourselves and each other. In what the coaching staff are trying to do in some of the games and performances we’ve had over the last 18 months or so.

There’s massive belief building and I think we genuinely believe that if we get our stuff right and we perform to our capability, we can beat whoever we play on the day.

“It’s pretty exciting being in that space. I think it’s probably evolved quite a bit over the last number of years. It’s an exciting place to be.”

Doris switches from blindside flanker to number 8, where he began his international career against Scotland. More than two years on, he is clearly enjoying Ireland camp and the direction the team are heading in.

“The way we train, there’s quite a bit of unstructured stuff. Sort of inherently unpredictable at times, and I think the longer we train like that the more instinctive we get with each other.

“There’s still variation in what we’re doing, so I think we’re getting the best of both there.” 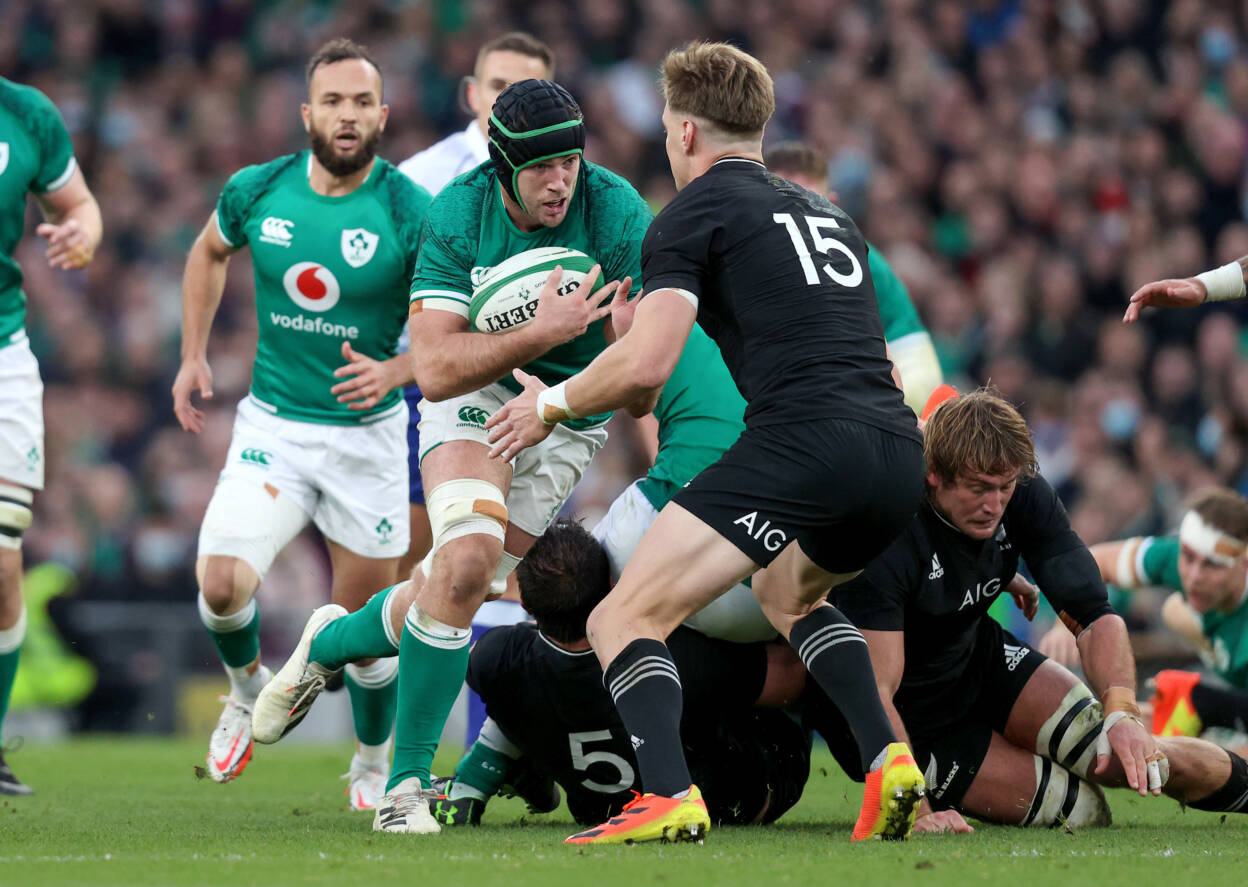 There is a lot of mutual respect between the two teams, as evidenced by the compliments flying back and forth at press conferences this week.

Doris added to those when asked about the make-up of New Zealand’s starting back row, which sees captain Sam Cane at openside flanker, Scott Barrett filling the blindside berth and Ardie Savea at number 8.

“Three big names, three very experienced players. Three top quality players, obviously Barrett we haven’t seen too much of him at six recently. He’s a big man, obviously a leader for the Crusaders off the back of their (Super Rugby) success.

“I’m sure confidence will be high, he’s playing good rugby this season. Probably weren’t expecting to see him at six. It’ll be exciting going up against him.

“Obviously Cane as well, squad captain, quality player, really good poacher. Nuisance at the breakdown. Ardie Savea is pretty much an all-rounder. He’s been at the top of his game for the last number of years as one of the best back rows in the world.

“It’s definitely an exciting challenge for the lads to get the opportunity to go up against them. It was the same in the Aviva last November, top quality players, and we’ll have to be at our best,” concluded the 24-year-old.