Cooke RFC are preparing well for the start of the 2022/23 Energia All-Ireland League Women’s Division with a new coaching team on board and a number of initiatives in place to welcome new people into their club.

Colm Finnegan has been announced as the new head coach of their senior women’s team. Finnegan spent six years at the helm with Monaghan RFC in Ulsters Kukri Championship Division 3. During that time, the club went from a relegation playoff in 2017 to leading the league by 23 points in 2019/20 before promotion was scrapped due to to COVID-19.

The town also won the Gordon West Cup in 2019 and were cup and league finalists in 2021/22. Colm is also a member of the coaching group with the Ireland side that took part in the 2022 Six Nations Under-18s Women’s Festival.

Completing the coaching team for 2022/23 will be Roben Anderson, Robbie Williamson and Ashleigh Orchard.

“I’m delighted to be working with Ashleigh and the talented coaching team we have in place for the coming season,” Colm told IrishRugby. “We’ve had an initial meeting with the players and they’re absolutely buzzing to get going with pre-season next Month.”

“We’re really focused on creating a positive and enjoyable environment in which these girls can fulfil their potential. We’re just excited to get going now.”

The club are hosting a summer social open session this evening at Shaw’s Bridge (7pm). For new and returning rugby players they will also be starting a four-week fitness and rugby program on Monday July 25th (6pm), supported by Belfast City Council. 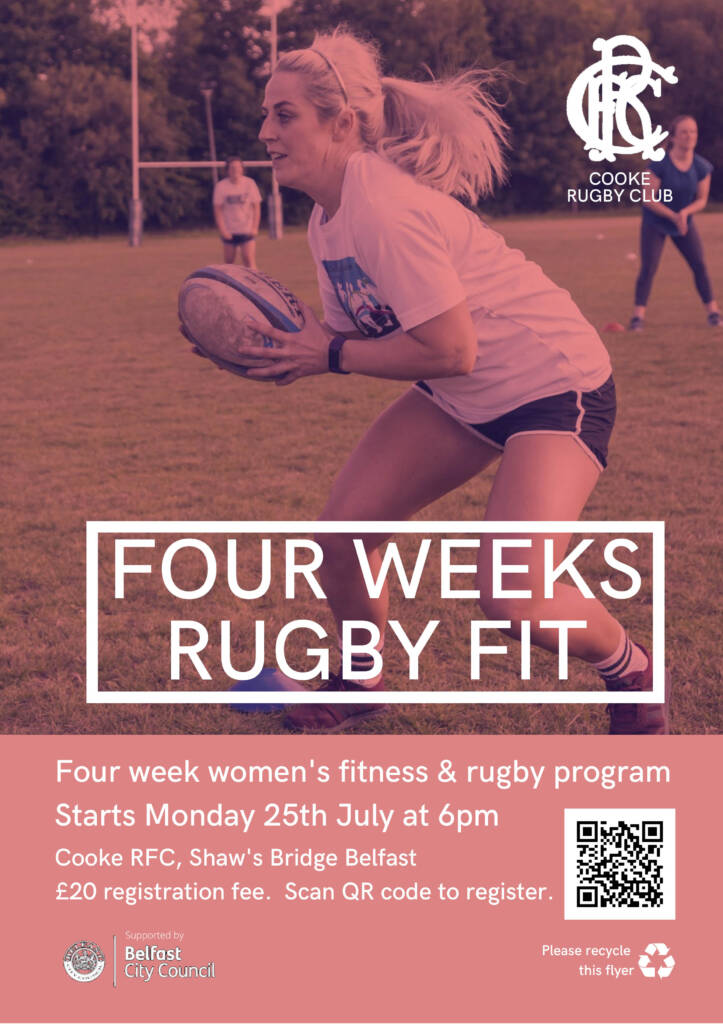