Following an invitation from World Rugby to assist Japan prepare for the Rugby World Cup, the Ireland Women, sponsored by Aon, will travel to Japan this summer to face the Sakura Fifteen in a two-Test Series

The back-to-back matches in August will form part of a summer development programme for Greg McWilliams‘ young side.

Building on the momentum of the recent TikTok Women’s Six Nations, an extended Ireland squad will come together for a series of summer camps at the IRFU High Performance Centre before travelling to Japan in August.

The two teams most recently faced each other during the 2021 November internationals at the RDS, with Ireland earning a 15-12 win on that occasion.

Japan, currently ranked 12th in the world, are coming off the back of a historic Test victory over Australia and are currently preparing for the Rugby World Cup in New Zealand in October.

The summer programme will provide Ireland head coach McWilliams and his coaching staff with another valuable window to develop squad depth, build cohesion and expose a number of young players to the international arena, with Japan set to provide a stern test.

“The TikTok Women’s Six Nations was the first staging post on our journey together as a squad and a summer programme, including two Tests against Japan, is an exciting opportunity for us to build on that,” explained McWilliams.

“We will come together as an extended squad in July and it will be invaluable for us as a coaching staff to have the chance to work with a number of new players, including those who have impressed in the Energia All-Ireland League and in the recent U-18 Women’s Six Nations Festival. 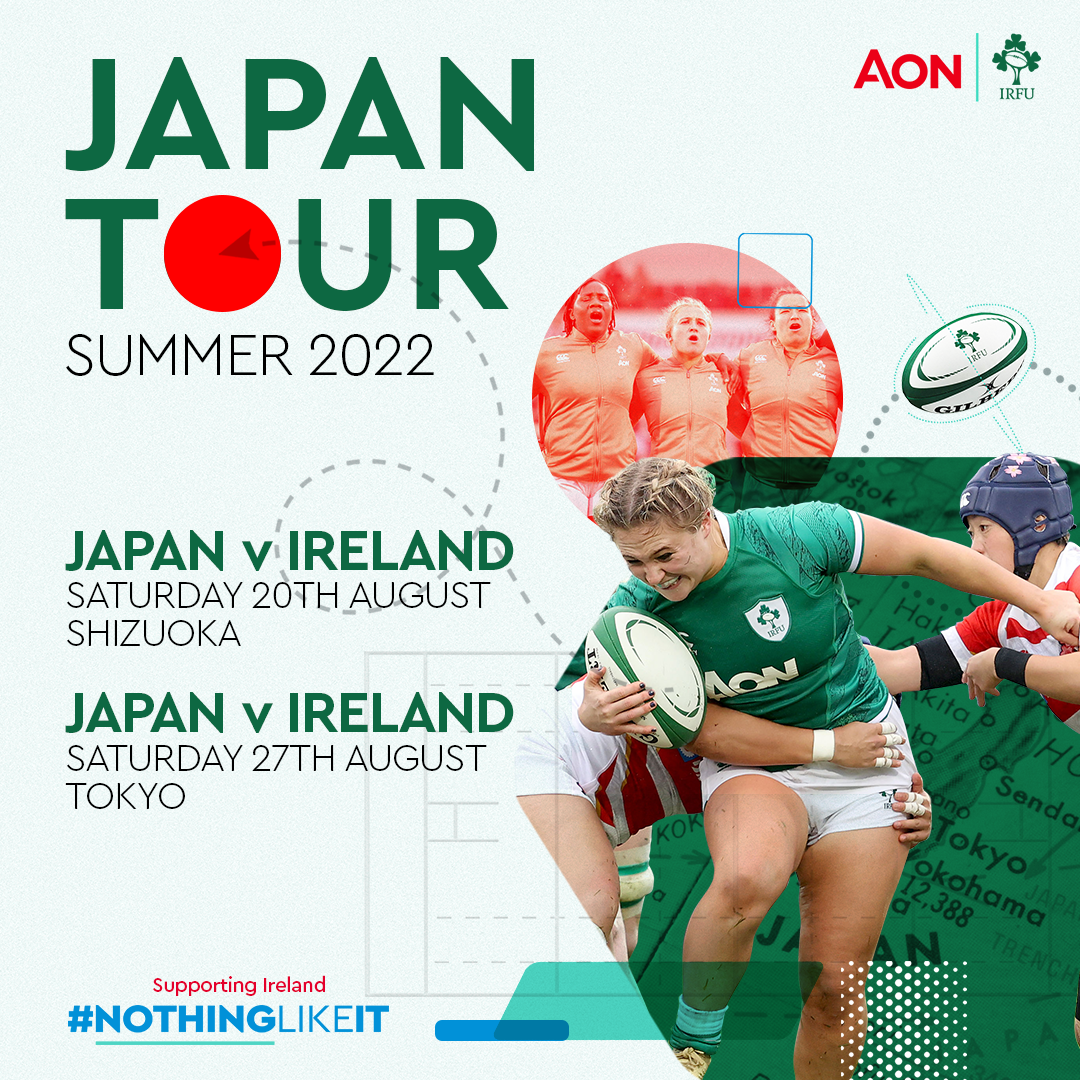 “The Invitational Series will then give us the opportunity to spend time together as a group, build cohesion, learn and grow and test ourselves against a very strong Japan team in their home conditions. It will be a hugely beneficial development opportunity for us as we work hard to progress as a team.”

Ireland captain Nichola Fryday commented: “We finished the TikTok Women’s Six Nations campaign on a high with that memorable win over Scotland in Belfast to secure third place, and it is now exciting for us to turn our attention to an Invitational Series against Japan this summer.

“We are in the process of building under Greg and the coaching team, and it is important we continue to move forward with contact time together and exposure to Test match situations, which the Invitational Series will provide.

“It will be hugely exciting to lead the group in Japan and we will work hard over the coming weeks and months to continue on an upward trajectory on this journey, heading towards the 2023 TikTok Women’s Six Nations and beyond.”

Kick-off times and broadcast details for the two-Test Series against Japan will be confirmed in due course.