Ireland captain Nichola Fryday hailed the never-say-die spirit of her side after they came back from the brink to claim a dramatic 15-14 win Scotland in the TikTok Women’s Six Nations.

14-8 behind past the 80-minute mark at a wet Kingspan Stadium, Greg McWilliams’ charges had looked set to finish their Championship campaign on a disappointing note.

That was until Enya Breen popped up with a hard-earned try and then added the conversion to snatch the victory for Ireland right at the death.

“There was that belief there. Scotland were defending with their lives on the line there, but we ground it out,” said Fryday afterwards.

“We spoke about it throughout the campaign. There’s that belief, that pride in the jersey, that we don’t come off the pitch without a win. I’m just so proud of that performance.

“It wasn’t perfect, but we kept going and that’s the type of a team we are trying to build that we won’t give up.”

Having lost out to the Scots in last year’s Rugby World Cup qualifying tournament in Parma due to a last-gasp converted try, the roles were reversed on this occasion in Belfast.

Fryday admitted: “I was having flashbacks (to the game in Parma). We had that drive and there wasn’t a moment on the pitch when we were like, ‘God, this is not going to happen to us’.

“It was bittersweet. It would have been nice if that had happened in Parma, but I’m just delighted that we finished the campaign with that hard-fought win. I’m delighted with it.”

Just like her head coach McWilliams, Fryday was thrilled to come away with the spoils on their visit to a carnival-like Belfast, while also acknowledging it was a far from perfect display over the course of 80-plus minutes. 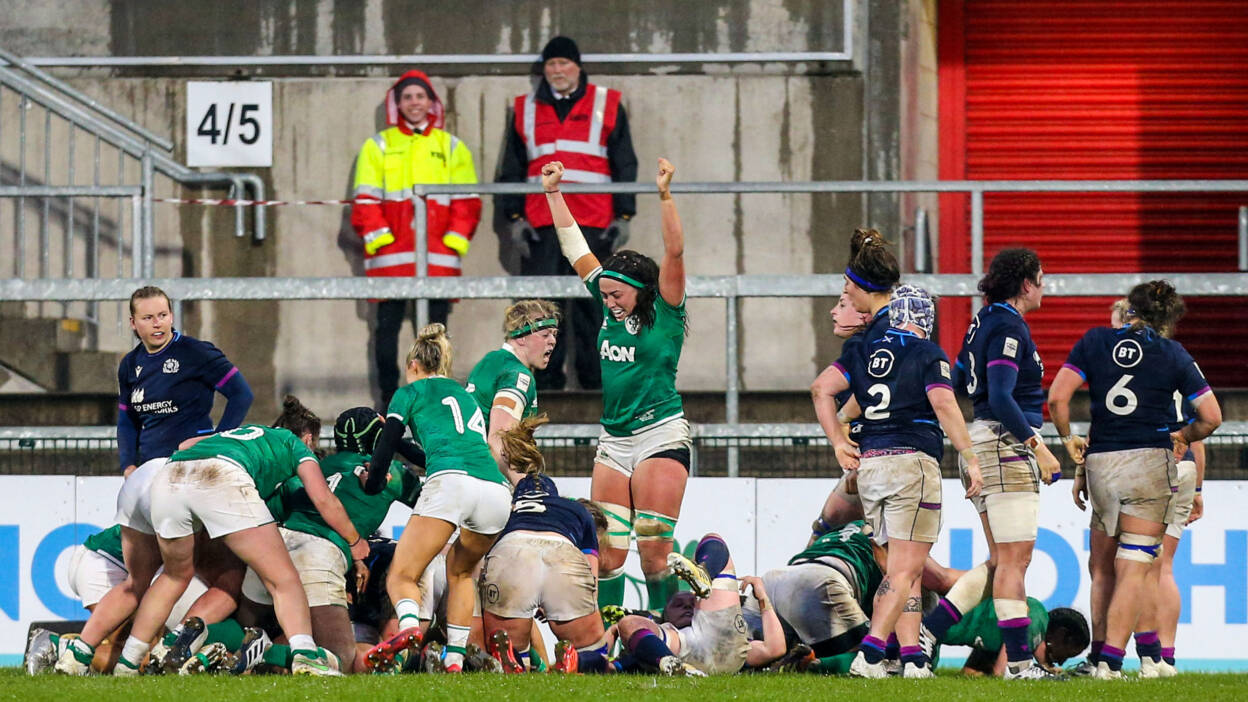 With a summer tour and November internationals potentially on the horizon, she hopes Ireland can take the pros and cons from the tournament and push their game on to a different level.

“There are so many positives to take from that, but some many work-ons as well. We saw more consistency in the set-piece, but we want to drive that on. We don’t want a 60-70% success rate in our lineout and scrum.

“We want to push it on and have it as a real weapon and we showed that out there. We got our maul try, we used it again but we want to push on, this is our baseline. We’re really excited to come together in the summer and push on again.

“It’s tough but that closeness that Greg has brought into the squad, it’s a real team effort and you have subs coming on and making a real impact. Driving us on. It’s tough when you are out there, but every single person will go out fighting.” 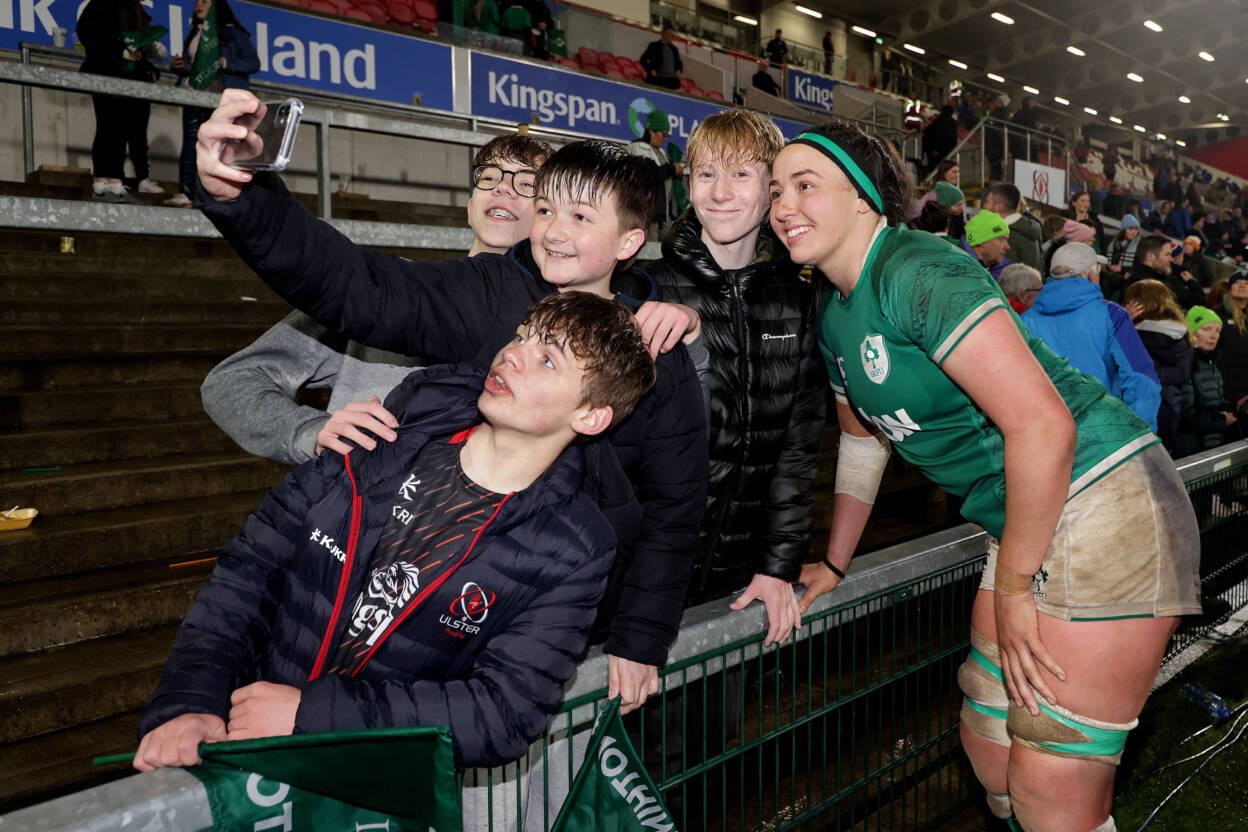 Despite being just 26 years of age, Fryday’s Ireland caps haul of 27 makes her one of the most experienced players in this new-look Ireland squad.

Saturday’s player of the match, Neve Jones, and Vicky Irwin, who made her debut at full-back, represent some of the new blood that are coming through with McWilliams and the new coaching team at the helm.

Highlighting what a big impact these players can have on the girls and boys watching from the stands, the Tullamore native added: “There’s a sign when you walk out on the pitch, ‘this is where legends are made’, and that’s the start.

“There are girls who have been here 10 years and girls who are getting their first cap, and they are legends to those little kids out in the crowd. It’s been amazing to come around the country and see that.”