When the 2019/20 season was cut short because of Covid-19, Skerries were sitting in pole position with Enniscorthy right behind them in second place. The same two teams will fittingly battle it out tomorrow in a winner-takes-all clash.

Skerries captain Kevin McGrath is ‘buzzing’ with excitement for the divisional decider in Wexford, saying: “You’re in a final, it doesn’t get much better than that. We want to win and we’ve got a huge motivation and hunger within us to get that win.”

The north Dublin club left it late to beat Bangor 32-29 in a thrilling semi-final last week. They’re no strangers to leaving it until the last minute to win games as in the final round of the regular season, they beat Omagh Academicals with Ronan Mulcahy’s last kick of a game to secure home advantage in the play-offs.

Experienced centre McGrath, who is a regular try scorer, labelled their last two victories as real standout moments in their season. They demonstrated a real resilience and mental strength that they will need to show again this weekend.

“If things don’t go your way at the start of the game and we all know bad things like this can happen in sport, we know we are well capable of reacting to whatever that might be.

“This is very good for us to know as a team, it instils a lot of calm in the team,” insisted the former Ireland Club international, who played on the wing against France in 2015’s historic club international match at the Aviva Stadium. 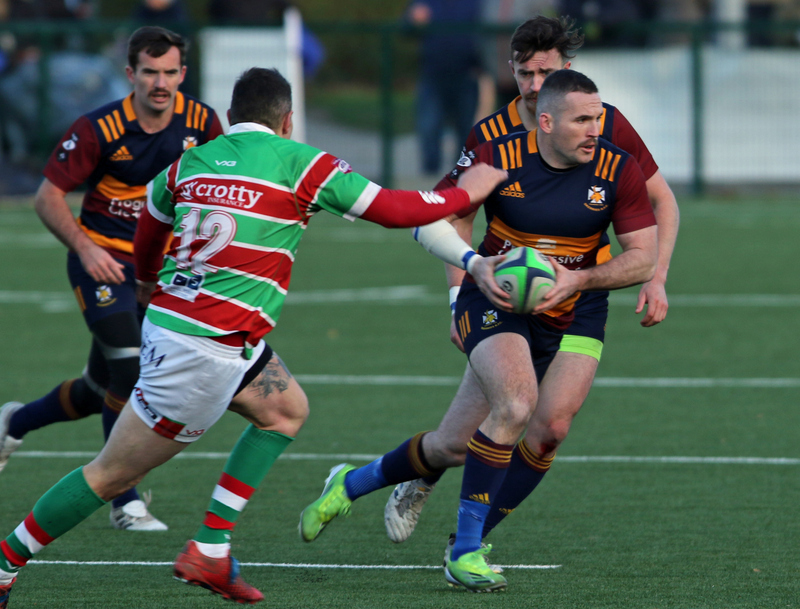 McGrath is a local lad who lived right beside Skerries Rugby Club growing up. He started playing the sport at the age of  five and has spent 10-plus seasons as part of the senior team, the last three as captain.

When he started out on the team, they were in the junior ranks. In his first full season they won the Leinster League 1A title before going on to win the Round Robin series in 2012 and achieve All-Ireland League status. He realises that he could not have had a better beginning.

“I literally couldn’t have asked for any more. I got into a good team with some really special players. Chris Keane, the ex-Leinster player, was coaching at the time. We had Dave Hewitt playing for us too, the list goes on.”

There is a great mixture of young and experienced players in the Goats’ 2021/22 squad. The likes of Ross McAuley and Colin Doyle have been there since the start of their current AIL journey, while they also have youth in Oisin McKey and the aforementioned Mulcahy, who was a ball boy during his captain’s early days on the senior team.

Derek O’Sullivan leads the coaching team after previously being involved under their last head coach, Mark Harrington, when he helped with the fitness side of things. McGrath had plenty of praise for O’Sullivan who also owns the Well Fit gym in the town.

“He’s done a great job. He has organised a great team around him which is what it’s all about. You want a good team around you when you’re on the pitch and it’s the very same off the pitch.”

Skerries are not under any illusions about how tough the task ahead of them is. They have had two very tough encounters already this season with Enniscorthy, winning 20-14 at home and losing the reverse fixture – 27-15.

The Wexford side, coached this season by Australian Ben Manion, have been on an upward trajectory since winning the Provincial Towns Cup and achieving All-Ireland League status back in 2019. They only lost twice in the league this season.

A strong aggressive defence and the ability to throw the ball around really makes ‘Scorthy a force to be reckoned with. McGrath acknowledged: “They are a good team, they’ve only lost two games this season for a reason because they’re very consistent.

“The brand of rugby we both play should make for something for the crowd to get excited about.”

The importance of community epitomises everything about Skerries Rugby Club. They are all mostly local players representing the team. They have an ever-growing youths system. They have supporters who will never miss a match. 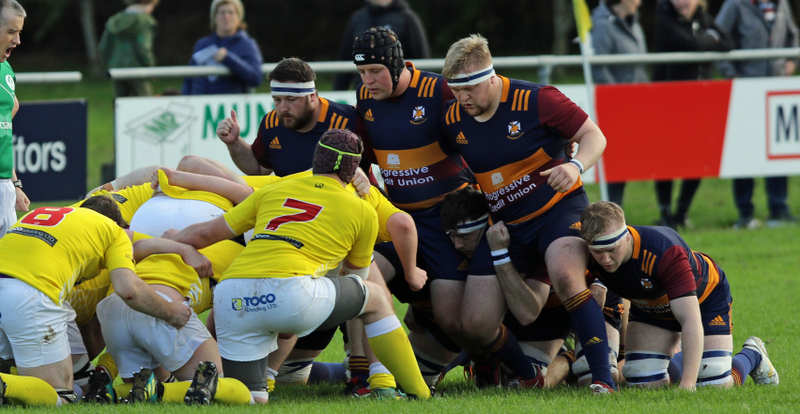 “Everyone in the town is talking about the game, people are shouting our names and are wanting to chat and wish us the best of luck. It doesn’t matter if it was in Derry or Cork, the supporters have always been there.

“We all take great pride in representing that excitement as well as our families who live in the area and the fans who have travelled all around the country to support us this year.”

One last hurdle remains in the way of their quest to claim league honours and promotion back to Division 2B where they last featured in 2019. McGrath and his team-mates have the opportunity to make their mark in the club’s history books.

“It might not be big elsewhere but in Skerries rugby history you’re putting yourself down as a league winner. That’s a big deal in club rugby because winning things like this doesn’t happen too often,” he added.

“If it’s by a try or even by a penalty it doesn’t matter, I fully believe we can get the win. We have the experience in those tight games this season, we know how to get a win.”