The Energia All-Ireland League Division 2B season will wrap up with two provincial derbies, as Greystones and Blackrock College contest the promotion final and it will be relegation for either Ballina or Galwegians.

Table toppers Greystones were pushed all the way by Galway Corinthians, their captain Killian Marmion unlocking the defence for a 77th-minute match-winning try at a windy Dr Hickey Park.

Corinthians head coach JP Cooney described it as ‘a monumental challenge’ beforehand, but his players erased a 12-point deficit with second half tries from Mark McDermott and replacement Evan Coyle.

However, Greystones produced the stronger finish, bouncing back from Ferdia Kenny’s missed opportunity to score through talismanic out-half Marmion. The home defence stood firm to see out a hard-fought 19-14 win.

There were plenty of frayed nerves as a tightly-contested first half ended 5-0 in Greystones’ favour. Kevin Lewis’ side were quickest out of the blocks, showing their clinical edge in attack.

Marmion dangled a grubber kick through and although Andrew Lynch failed to collect the ball, inrushing centre Con Callan managed to get the grounding for a third-minute try.

The wind blew Marmion’s conversion off course and the Greystones skipper was soon dispatched to the sin bin after a high tackle. Some costly individual errors prevented Corinthians from getting off the mark.

A feature of Corinthians’ game was the strong carrying of back rowers Colin Joyce and Cian Huxford, but there was no breakthrough from their talented back-line.

In contrast, Callan increased his influence with an early second half try straight from an interception. Marmion added the extras and the home supporters were breathing a little easier.

Former Ireland Sevens international Josh Rowland led the visitors’ response with a cracking break as he sliced through before laying off for out-half McDermott to score under the posts.

Corinthians nipped in front with 15 minutes remaining, chipping away at the home defence before Coyle charged over as ‘Stones were left to rue a couple of missed tackles. Cathal Forde’s conversion, into the wind, made it 14-12.

Prolific ‘Stones winger Kenny missed out on a try when he knocked on a long pass from Andrew Kealy, but Marmion came to the home side’s rescue with his vital seven-pointer as he got away from a couple of defenders.

As the highest finishers in the table, Greystones will have home advantage for the promotion decider. Blackrock College will provide the opposition after knocking out in-form Belfast Harlequins with a superb performance on the road. 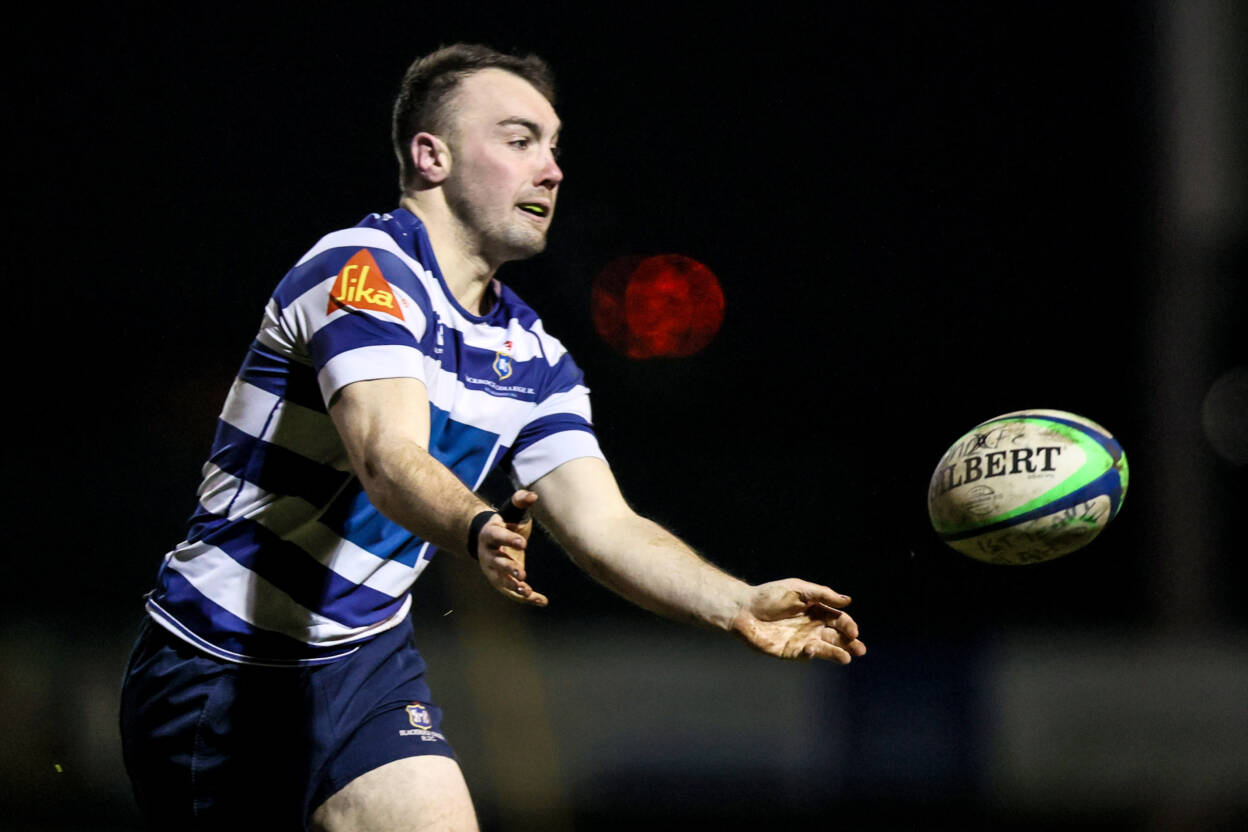 A three-try first half display set the tone for Blackrock who prevailed 29-17 at a sunny Deramore Park. Peter Quirke and captain Brian Colclough also crossed the whitewash before a late rally from Harlequins.

Influential out-half Quirke missed an early penalty but ‘Rock profited from a subsequent yellow card. Harlequins number 10 Paul Kerr was sin-binned for a deliberate knock-on, allowing the visitors to build for a Liam McMahon try in the 17th minute.

The Dubliners doubled their lead 10 minutes later, ‘Quins surviving an initial break by James Burke but they failed to find touch. Sam Murphy broke two tackles to set up Hugo Godson-Treacy to score. Quirke had a straightforward conversion for 14-0.

Harlequins, who scrummaged well, hit back just past the half hour mark. Their lineout maul gained serious momentum and ‘Rock number 8 Burke was guilty of collapsing it. He was yellow card and the penalty try got the home side on the board. 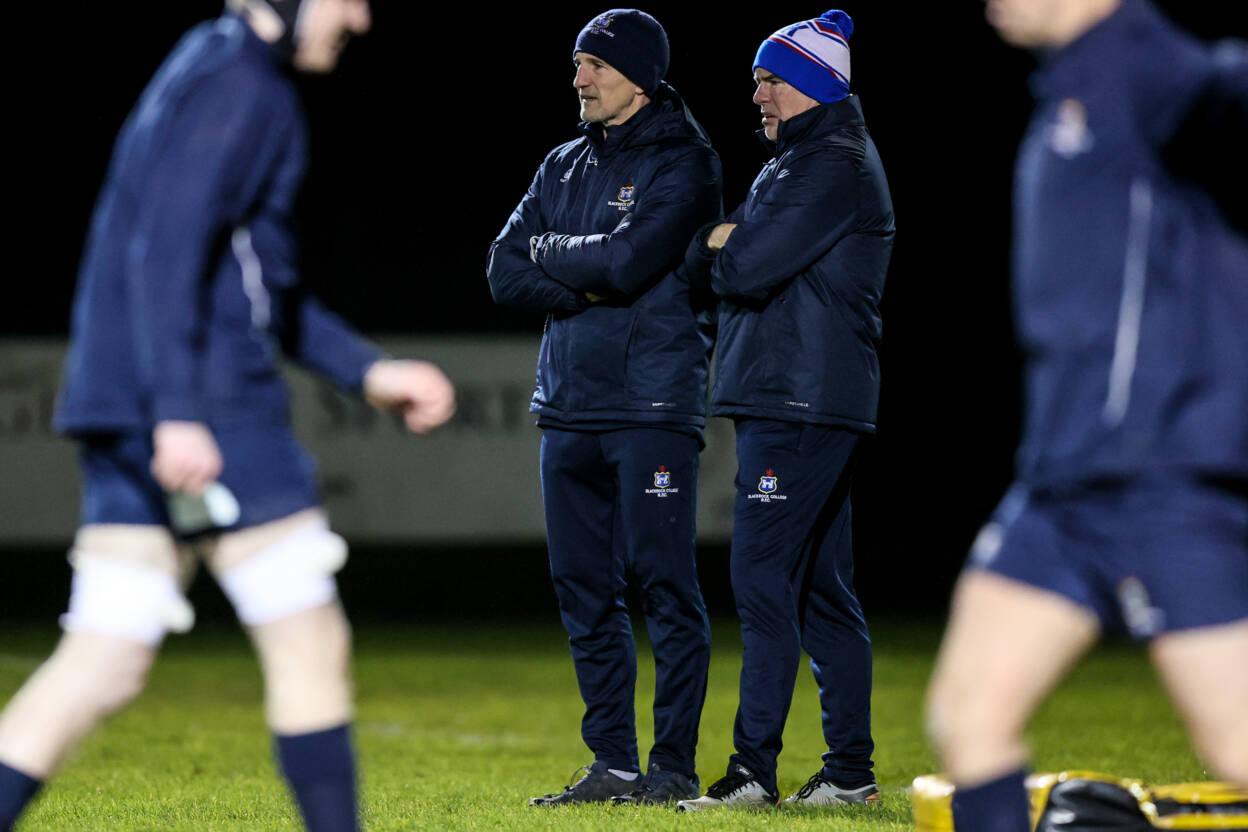 However, the interplay produced by James Blaney’s charges was just at a different level. A late lineout provided the platform and backs and forwards combined to send centre Matthew Dwan over.

Trailing 19-7, Harlequins had the wind advantage in the second period, but a dummying Quirke floored them with a breakaway try up the left wing with 47 minutes gone.

‘Quins were held up from another lineout drive and defences remained on top until eight minutes from the end. Mark Edwards chipped towards the corner and winger Colclough collected the bouncing ball to make it 29-7.

Neil Doak’s men regrouped with a Joel Dundas try and a smashing score from captain Mark Glover who jinked through from halfway. Their challenge petered out though, with replacement Callum Power suffering an unfortunate leg injury which delayed the finish. 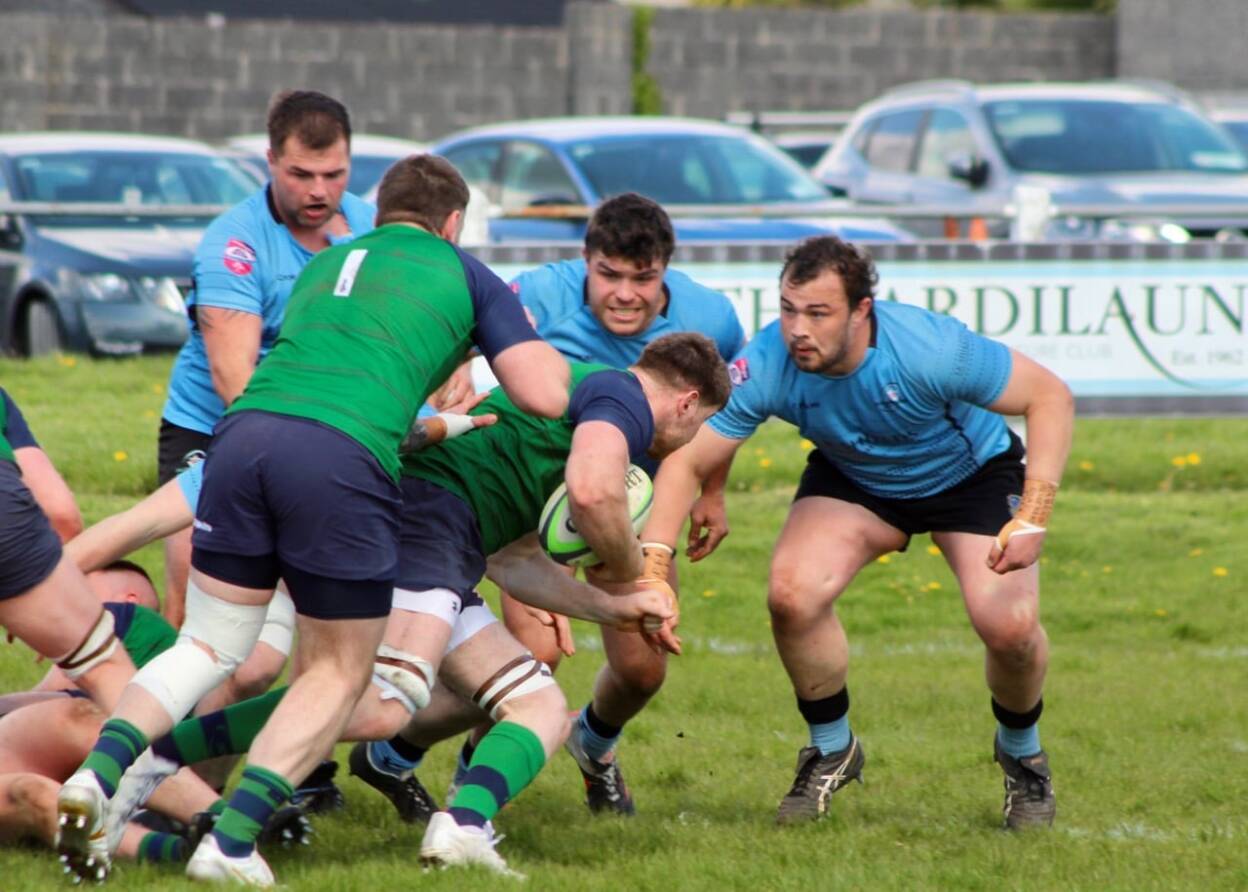 Three tries inside the opening 18 minutes propelled Galwegians to a 34-19 victory over Ballina in the first leg of the relegation play-off at Crowley Park.

‘Wegians boosted their survival hopes with Connacht’s Diarmuid Kilgallen dashing clear from the hosts’ 22-metre line to run in an intercept try in the sixth minute.

Morgan Codyre converted, adding to his earlier penalty, and then a well-crafted move sent full-back Rory Gaffney over in the 11th minute. A sidestepping Finn Wright soon burst through for try number three.

Ballina hung in there and Liam Golden’s try out wide in the 27th minute was just reward for their positive play. They were 22-5 behind at the break, but with the backing of a strengthening wind still to come. 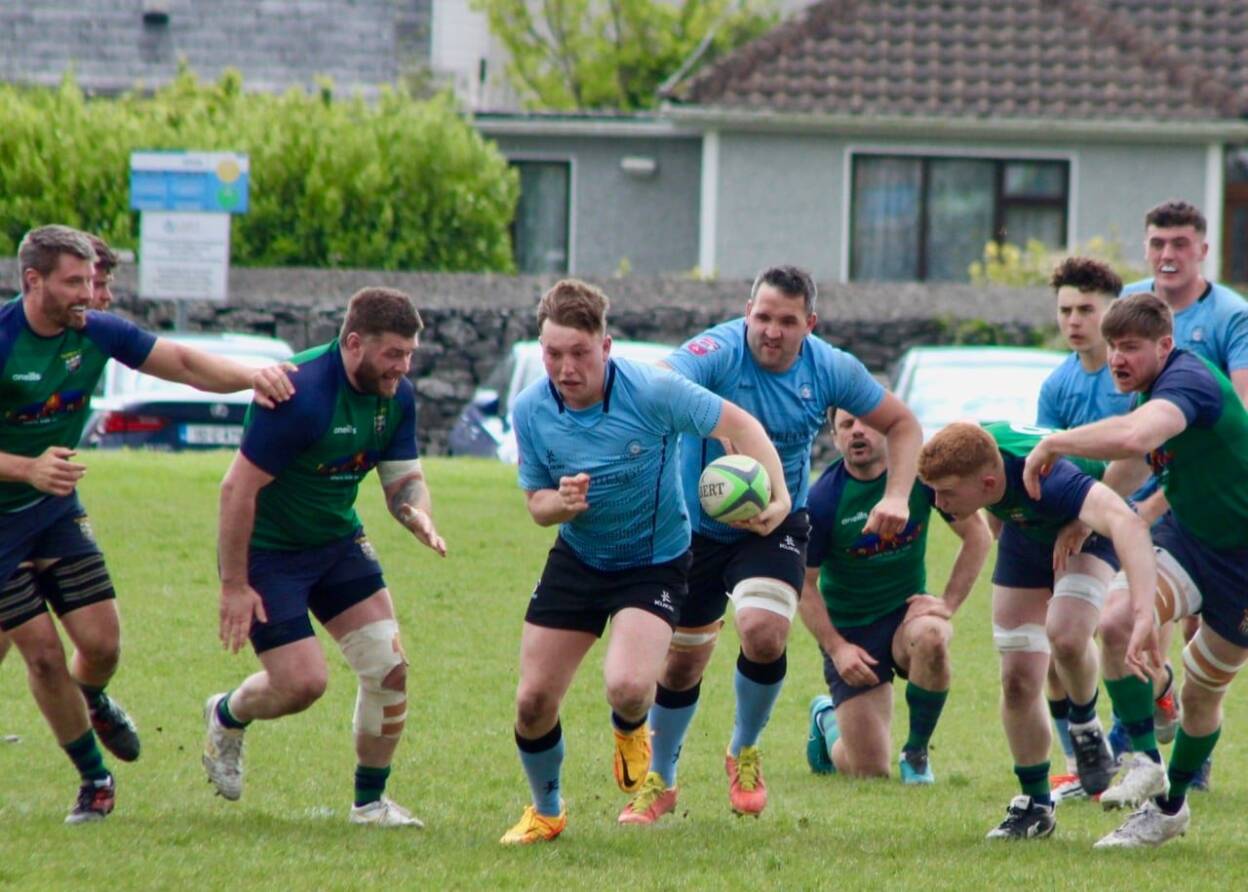 The sides swapped quick-fire tries on the resumption, Rob Deacy breaking a couple of tackles to claim ‘Wegians’ fourth score in response to an intercept effort from Ballina hooker Billy McVann.

What could prove to a vital late sting in the tail bolstered the ‘Wegians lead for next Saturday’s trip to Heffernan Park. Deacy made the initial break and some sharp interplay put Gaffney in under the posts to complete his brace.