A place in their first ever Energia All-Ireland League Division 1A final was Terenure College’s reward after edging out Lansdowne 20-18 in a titanic tussle at Lakelands Park.

It was a two-point game with a couple of minutes to go. A perfectly measured cross-field kick from Lansdowne replacement Stephen Madigan put winger Sean Galvin away for a try, out wide on the left.

With the wind at their backs, Mark McHugh’s men got their noses in front when Ireland Under-20 Grand Slam winner Charlie Tector sniped over the line to score a try, giving them a 13-12 lead early in the second half.

However, 15 points from the boot of Caolan Dooley and a great Adam La Grue try saw tenacious Terenure secure their place in the All-Ireland decider against Clontarf and, with that, they also won the Leinster Senior Cup.

Lakelands Park was the place to be on Saturday. The hosts came into the game as slight favourites given the fact that they had defeated their opponents only a few weeks ago. 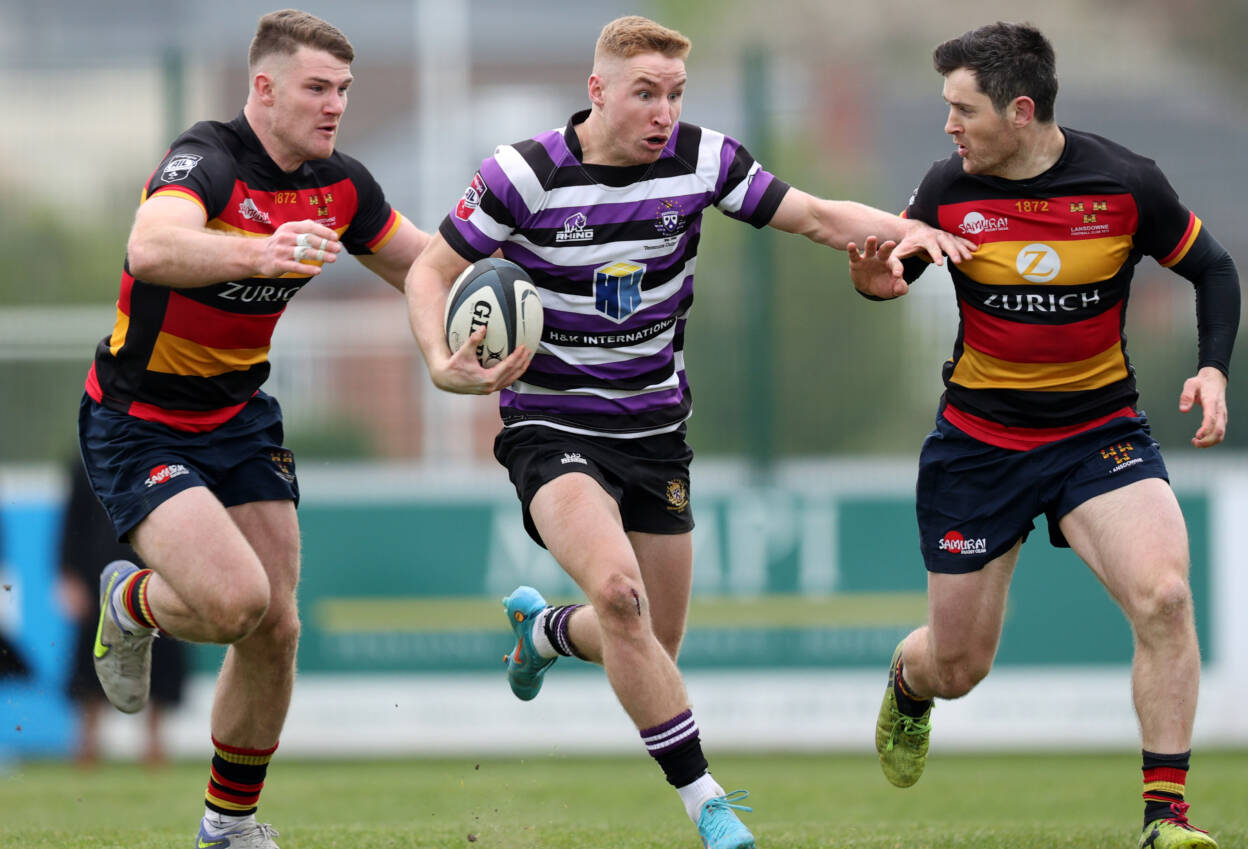 But, home semi-final defeats in 2015 and 2018 meant that Terenure, coached by Sean Skehan since May 2019, would not underestimate the challenge at hand.

Terenure had the elements in their favour for the opening 40 minutes. Their strategy was clear, build a lead and take the points whenever they were on offer.

From the early stages, it was evident that the hosts had the upper hand in the scrum. Their strong set piece, coupled with some sharp work at the breakdown from number 8 Jordan Coghlan, earned very kickable penalties for Dooley.

They had a 6-0 lead after the opening quarter and there was a real sense of nervous energy around the ground. The game was quite stop-start, lacking any real continuity at times with both defences giving very little away.

Lansdowne finally got on the scoreboard when Dooley and Tector traded penalties around the half hour mark. The 2018 champions finished the first half on the front foot. 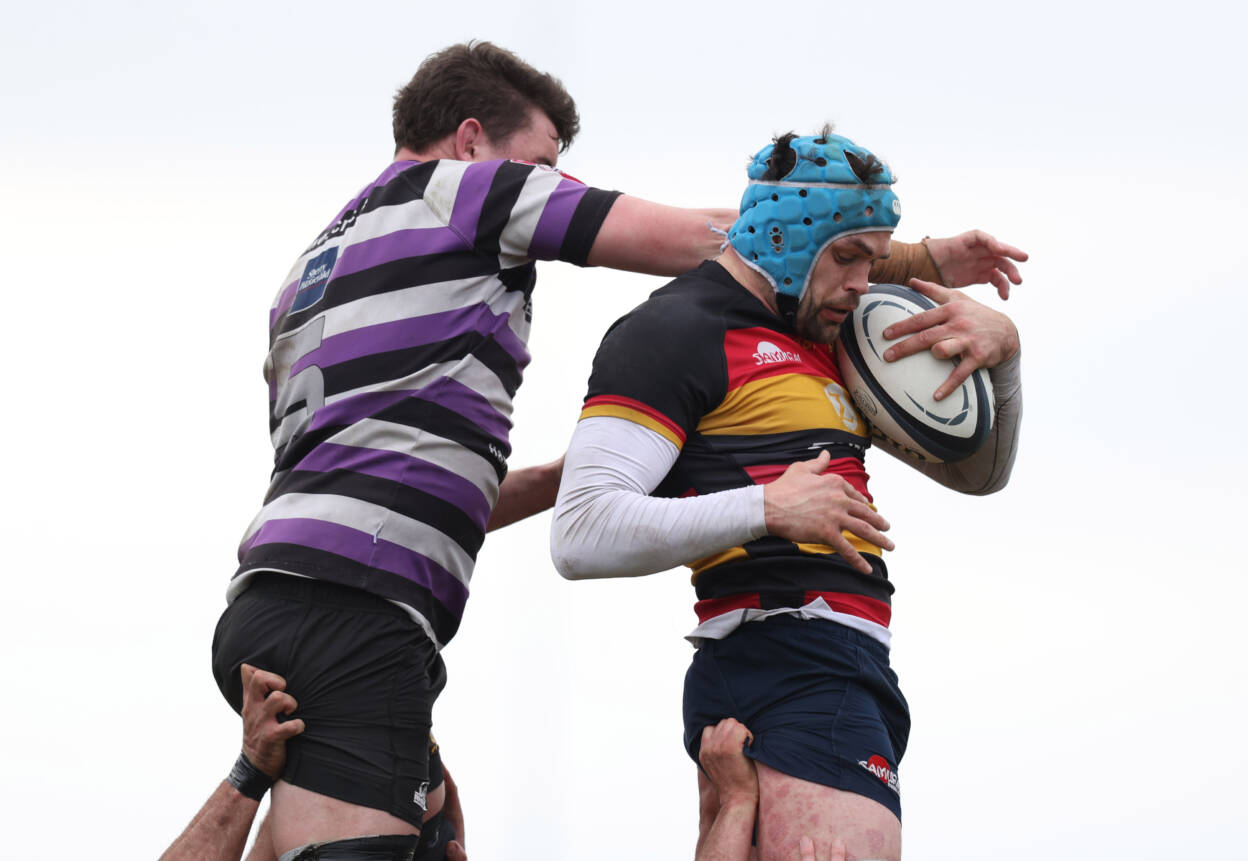 Andy Marks had a nice break, and although their pick-and-goes had Terenure pinned back towards their own line, when the ball was eventually spun wide it was ‘Nure centre Peter Sylvester who averted the danger with a massive hit.

Lansdowne had a penalty advantage, nonetheless, and Tector duly reduced the deficit to six points (12-6) heading into the break.

The three-time league winners would have fancied their chances heading into the second period, especially as they were now playing with the wind.

McHugh’s charges came out of the traps quickly, piling on the pressure. Captain Jack O’Sullivan and Clive Ross were getting more time on the ball. An early penalty was uncharacteristically missed by Tector.

However, the talented out-half redeemed himself a few minutes later. His forwards edged their way to the doorstep of the try-line before the Wexford youngster took advantage of a little half gap, scoring just to the right of the posts.

It was a simple conversation, Lansdowne now leading 13-12 with 30 minutes left on the clock. To their credit, Terenure came firing back with their pack providing more of a platform again.

We finally got to see what some of their talented backs can do, especially the likes of Colm de Buitléar and full-back La Grue who both increased their influence on this gripping contest.

They were rewarded for their pressure when they won penalty, which was slotted over by winger Dooley to restore the ‘Nure lead at 15-13. 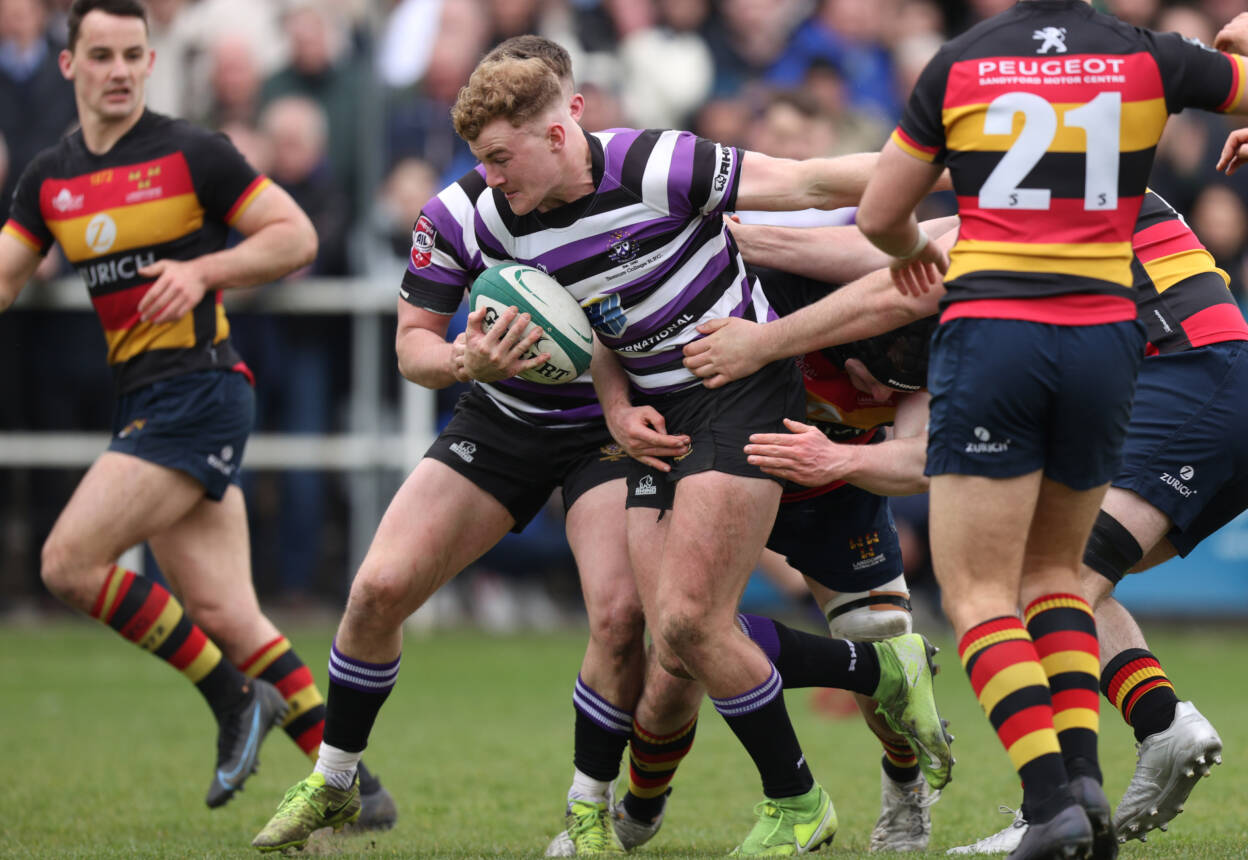 With 76 minutes on the clock, a surging run by Conall Boomer, who had a big impact off the home bench, got ‘Nure motoring as he stormed up into the Lansdowne 22.

It was quick ruck ball for Alan Bennie, the former Lansdowne scrum half, and he fired out a brilliant pass for La Grue to latch onto and he cut open the defence in the wide channel for a smashing try.

The missed conversion left the door slightly open for Lansdowne and they duly set up a dramatic finish. Madigan cleverly picked out winger Galvin for a try, but Tector missed his opportunity to level matters from a tricky angle.

The clock was now the visitors’ enemy and they were unable to get back into scoring range, Terenure taking a tense 20-18 verdict to send the Lakelands faithful into raptures. All roads lead to the Aviva Stadium next Sunday.