The stage is set for two supercharged Division 1A semi-finals, with 2019 champions Cork Constitution travelling to table toppers Clontarf, and Terenure College, the second-place finishers, at home to Lansdowne.

Preview: David Hawkshaw and Alex Soroka are among their Leinster absentees, but Clontarf can still field a formidable-looking side as they look to reach their fifth Energia All-Ireland League final since 2015.

Michael Courtney, Mick Kearney and Adrian D’Arcy are the only changes to the Clontarf team that won 24-12 at Cork Constitution last month. Hooker Dylan Donnellan finished the regular season with an incredible haul of 17 tries.

Con may have needed some final round heroics to qualify, but the reigning champions are always a threat in the play-offs. Indeed, they won away semi-finals in 2017 and 2018 and were unbeaten in 2020 when Covid-19 struck.

Their top try scorer, Greg Higgins (six tries), and Rob Jermyn are poised to return to the back-line tomorrow, along with former Munster scrum half Duncan Williams. The pack is unchanged, while Munster duo Jack Crowley and Alex McHenry are being lined up for bench roles. 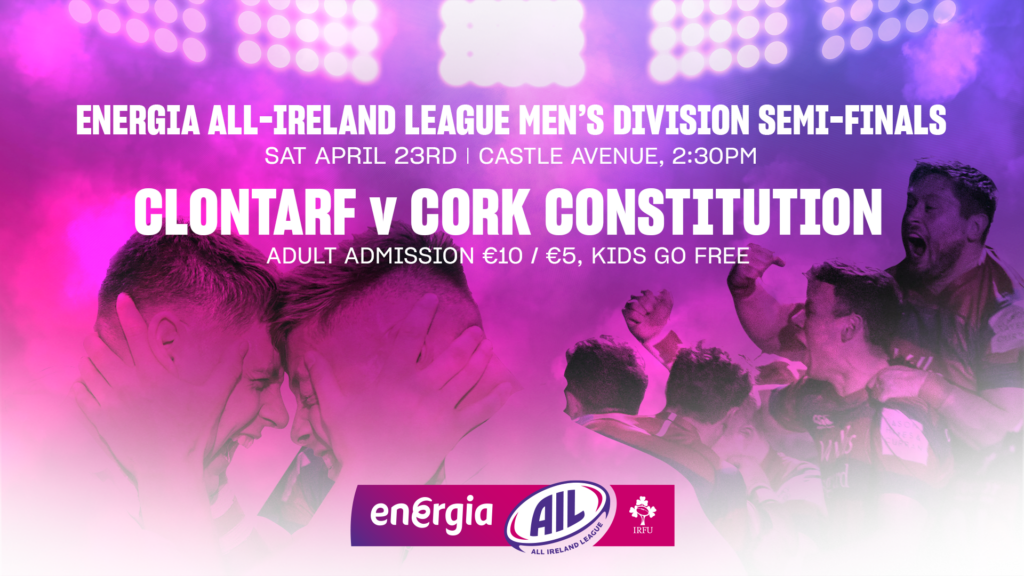 Preview: Will it be third time lucky for Terenure College? After losing home semi-finals in 2015 (Clontarf) and 2018 (Cork Constitution), they are hoping for a change in fortunes as they chase their first-ever Division 1A final appearance.

This is Sean Skehan’s first crack at the play-offs with ‘Nure, his settled side securing a second place finish and home advantage against Lansdowne. Former professionals Cathal Marsh and Jordan Coghlan start at out-half and number 8 respectively, in their only two changes.

Lansdowne, the Energia Bateman Cup champions, are well used to semi-final rugby, but of the team picked to play Terenure, only Eamonn Mills, Jack Dwan and Jack O’Sullivan started their 2018 league final win. Captain O’Sullivan returns after missing the recent defeat at Con. 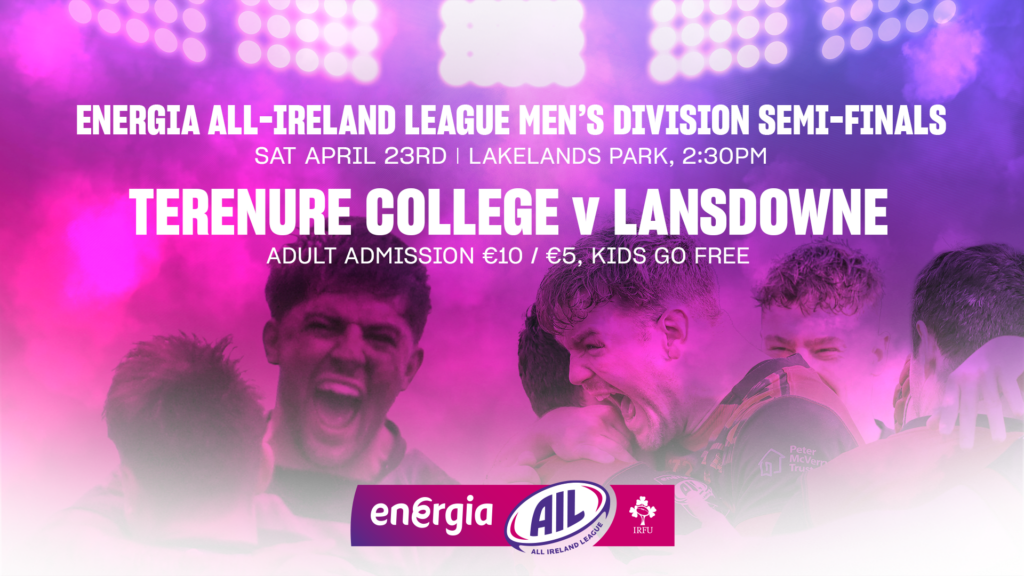 Preview: Assistant coach Cian Bohane is set to don his boots again, slotting in at out-half as UCC try to fight off relegation. They have home advantage first up against Ballynahinch, who won 19-9 at the Mardyke in February thanks to a Kyle McCall brace.

UCC, who beat ‘Hinch away earlier in the season (10-6), also bring in Munster Development player Darragh French at outside centre. Jack Kelleher, restored to number 8, leads a strong back row combination.

The Cork students were promoted via the play-offs in 2019, the same year Ballynahinch came straight up as Division 1B champions. Unsurprisingly, ‘Hinch head coach Adam Craig has largely kept faith with the team that beat Young Munster 17-10.

Centre George Pringle and number 8 Callum Irvine are their only changes. Irvine’s inclusion sees Bradley Luney move to the blindside flank – Ireland Under-20 captain Reuben Crothers is at openside – and captain Thomas Donnan reverts to the second row.